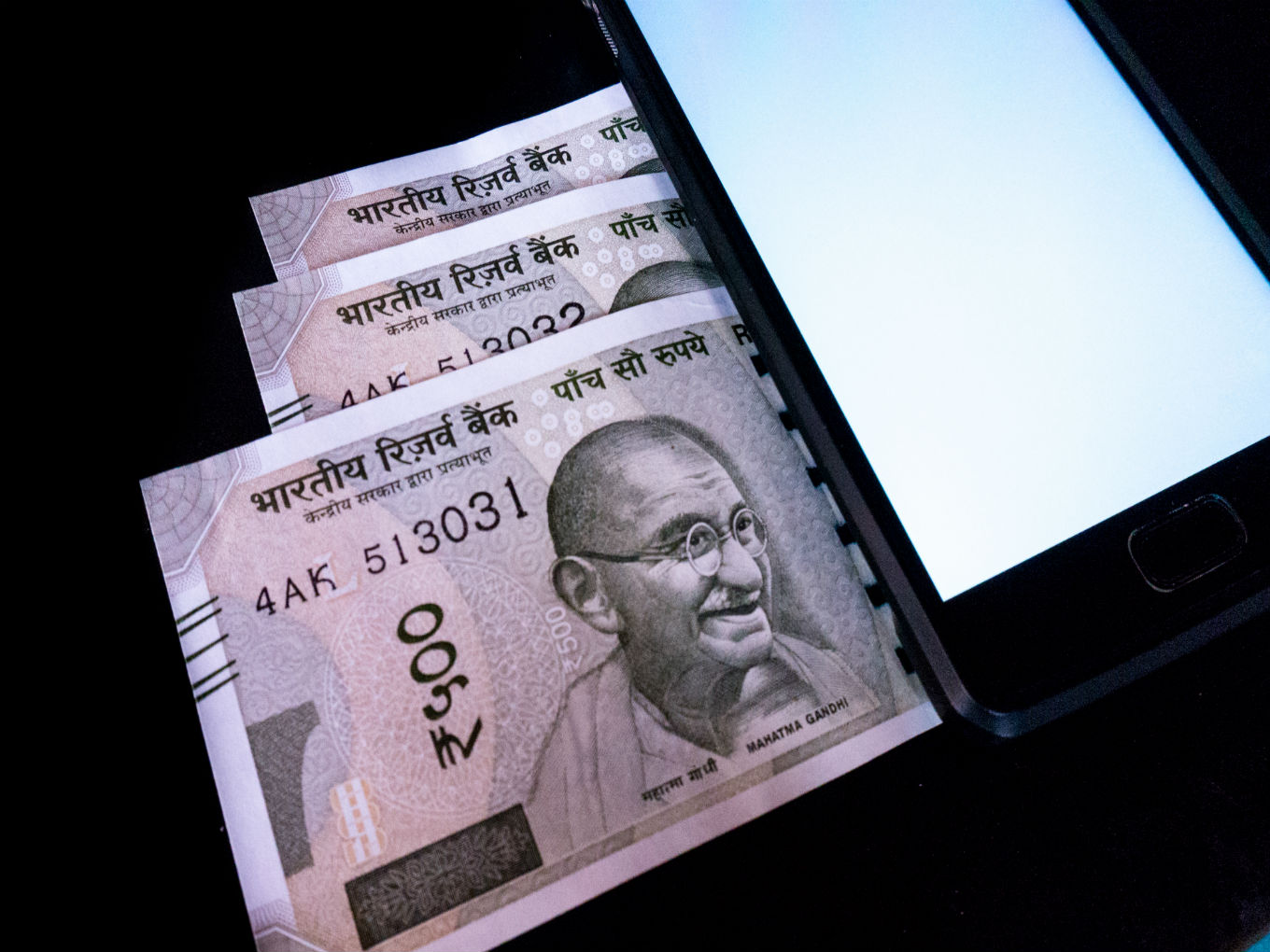 A peer-to-peer digital payments mechanism Unified Payments Interface (UPI) has reported 4% fall in the number of transactions, from 246 Mn in June to 235.6 Mn in July, National Payments Corporation of India (NPCI) revealed on a twitter post on Thursday. 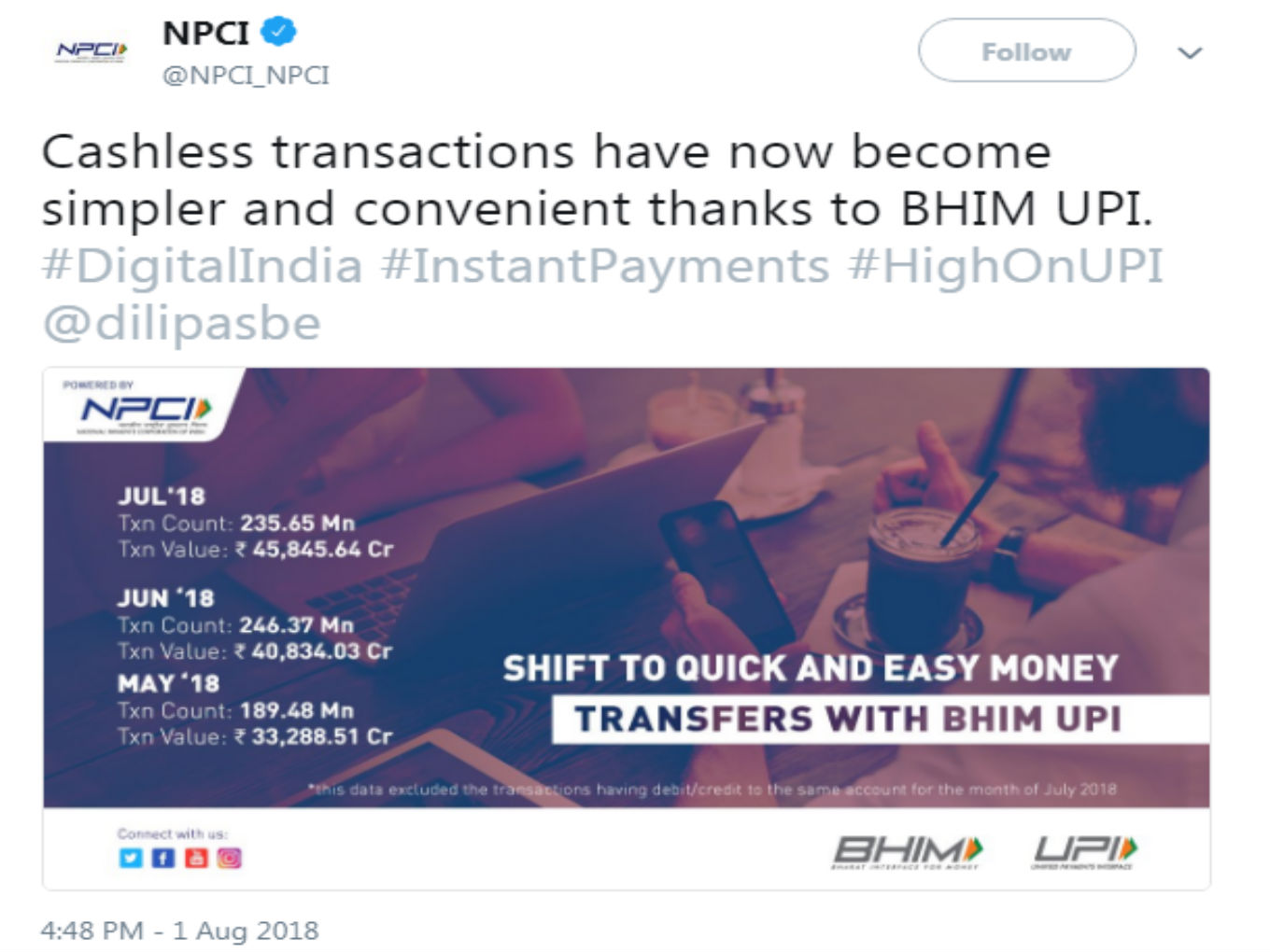 A senior banker familiar with the development said the fall in the number of transactions does not include single account transactions that were happening on UPI.

“As per our understanding single account transactions were as high as 15 to 20% of total UPI payments and NPCI has cleared out all those numbers while reporting the July figure,” the banker told The Economic Times.

He further said that the round-tripping that was happening on UPI has been stopped after August 1 and the reported transactions of 235.6 Mn show an effective picture on the adoption of the payment mechanism.

Inc42 earlier reported that NPCI had asked banks to stop transactions from August 1 that originate from different UPI applications with the debit and the credit happening in the same account.

Among the overall UPI numbers, PhonePe has claimed the top spot and said that they have a 40% share of the market. The fintech startup has recently started blocking any UPI transactions where the sender and receiver bank account numbers are the same.

In a media statement, PhonePe has announced that it has crossed 100 Mn transactions in the month of July. The platform drives nearly 70% of overall merchant transactions on the UPI network.

According to another banker, Yes Bank has also reported over 95 Mn UPI transactions showing a dramatic increase from 53.4 Mn last month. The bank works with PhonePe for UPI payments.

PhonePe claims to have occupied 40% share of the market and has crossed 100 Mn user mark, and $20 Bn annual TPV run rate in 2018. It has also recently acquired Zopper Retail- a hyperlocal POS platform which will enhance the adoption of digital payments in the country by ramping up its offline business.

UPI-based BHIM application also witnessed a 15% increase through UPI from 14.2 Mn in May to 16.3 Mn in the month of June. It has also shown a growth of 18% by crossing 19 Mn transactions in July as compared to 16 Mn in June.

About The Digital Payments Industry

Niti Aayog in its report ‘Digital Payments – Trends, Issues, and Opportunities’ estimates the industry to grow to $1 Tn by 2023. UPI and Immediate Payment Service (IMPS) segments in terms of volume have also registered a spectacular growth during 2017-18. UPI has been mostly adopted by consumers and merchants.

According to a Credit Suisse report, the digital payments sector in India, which currently aggregates less than $200 Bn, is poised to grow five-fold to $1 Tn by 2023.

Recently, MoneyOnMobile (MOM) had announced to have infused $6.2 Mn funding into its Indian subsidiary for expansion in India. The company aims to primarily address the payment concerns of rural India and has introduced solutions compatible with the low Internet and mobile infrastructure in such regions.

The potential opportunity can also be understood by looking at the phenomenal growth of digital payments decacorn Paytm — a company founded in 2010 by infusing $2 Mn is now valued over $10 Bn in 2018.

The launch of WhatsApp Pay has been delayed by the government until it sets up an office and recruits a team in India. This development comes when Whatsapp had removed that it was testing a beta product while offering payment services to a limited set of users in the country.

Paytm Payments Bank has also stopped enrolling new customers following an audit by the RBI. It had made certain observations about the processes the company was following in acquiring new customers and its adherence to know-your-customer (KYC) norms.