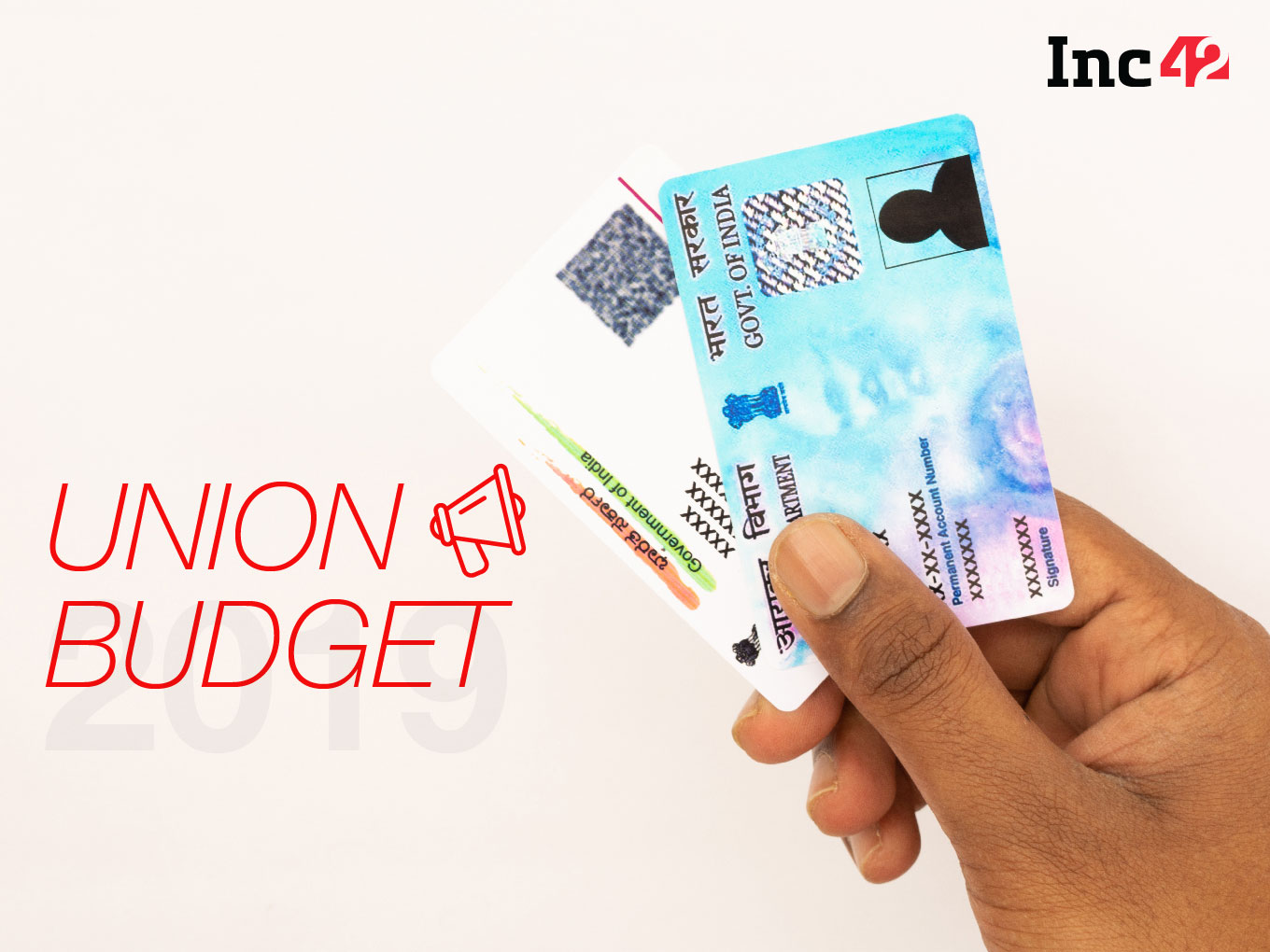 In one of the most historic Union Budget sessions in India, Finance Minister Nirmala Sitharaman has caused some consternation after announcing a change in how PAN is used. After the interim budget updated the income tax slabs, India awaited to hear the updates on the taxation part.

As the government increases the accountability of citizens with reliance on Aadhaar, the Union Budget 2019 has now enabled Aadhaar to be a sole medium to pay income tax as well. Finance Minister Nirmala Sitharaman announced that for ease and convenience of taxpayers, she has proposed making Permanent Account Number (PAN) and Aadhaar interchangeable.

Sitharaman also announced that a person who has already linked his/her Aadhaar with his/her PAN may use Aadhaar in place of PAN under the Act. With this, the Indians without PAN can file income tax returns by quoting their Aadhaar number and they can also use it wherever they are required to quote PAN.

PAN or Permanent Account Number is a 10-digit alphanumeric code used for most banking and taxation needs in India. It is issued under the Indian Income Tax Act, 1961 by the Indian Income Tax Department under the supervision of the Central Board for Direct Taxes (CBDT). PAN has so far been mandatory for filing Income Tax Returns. Notably, according to data available, the government had issued 379 Mn PAN cards till March 2018.

Aadhaar, on the other hand, is a 12-digit number issued by the UIDAI to the residents of India after a verification process. The number is connected to citizen’s biometric data, along with their name, permanent address, and mobile number. Today over 1.2 Bn Indians have got an Aadhaar id, according to the finance minister.

During the Union Budget 2019 announcement, Sitharaman also proposed Aadhaar linkage to NRI passport holders after their arrival in India, without waiting for the mandatory 180 days.

Even though the journey of Aadhaar has been controversial and full of bizarre claims, the Aadhaar Bill has been recently approved by the Cabinet. The Aadhaar and Other Laws (Amendment) Bill, 2019 includes provisions for voluntary use of Aadhaar as an acceptable KYC (Know Your Customer) proof for opening bank accounts and mobile phone connections.

After Aadhaar was introduced, it became mandatory to link PAN and Aadhaar for this purpose. During the Supreme Court hearings on the legality of Aadhaar, the court ruled that even though Aadhaar could not be made mandatory for non-financial purposes, Aadhaar-PAN link will be needed to file tax returns.

Even though the ease of filing income tax and increasing the accessibility of income tax payments through the wider reach of Aadhaar can be seen as a positive move, it raises larger questions on the safety of users data.

Over the last few years, especially the in case of Aadhaar, multiple cases of data breach and user privacy violations orchestrated because of the Aadhaar numbers have come to light.

In February, Aadhaar details of over 6.7 Mn users containing information such as names, addresses and the numbers were leaked on Indane’s website. In 2018, The Tribune reported that some unidentified groups were found selling the Aadhaar data of over one billion people at just $7.88 (INR 500). These are just a few cases among multiple Aadhaar database leak reports from government bodies.

Aadhaar governing body UIDAI has come to the defence of the card claiming that a 13ft high and 5ft thick walls protect Aadhaar data. This, however, hasn’t stopped data breaches related to Aadhaar data.