UMANG, IRCTC App, iSTART Among The Winners Of e-Governance Awards 2019

UMANG, IRCTC App, iSTART Among The Winners Of e-Governance Awards 2019

14 Awards were given in six categories 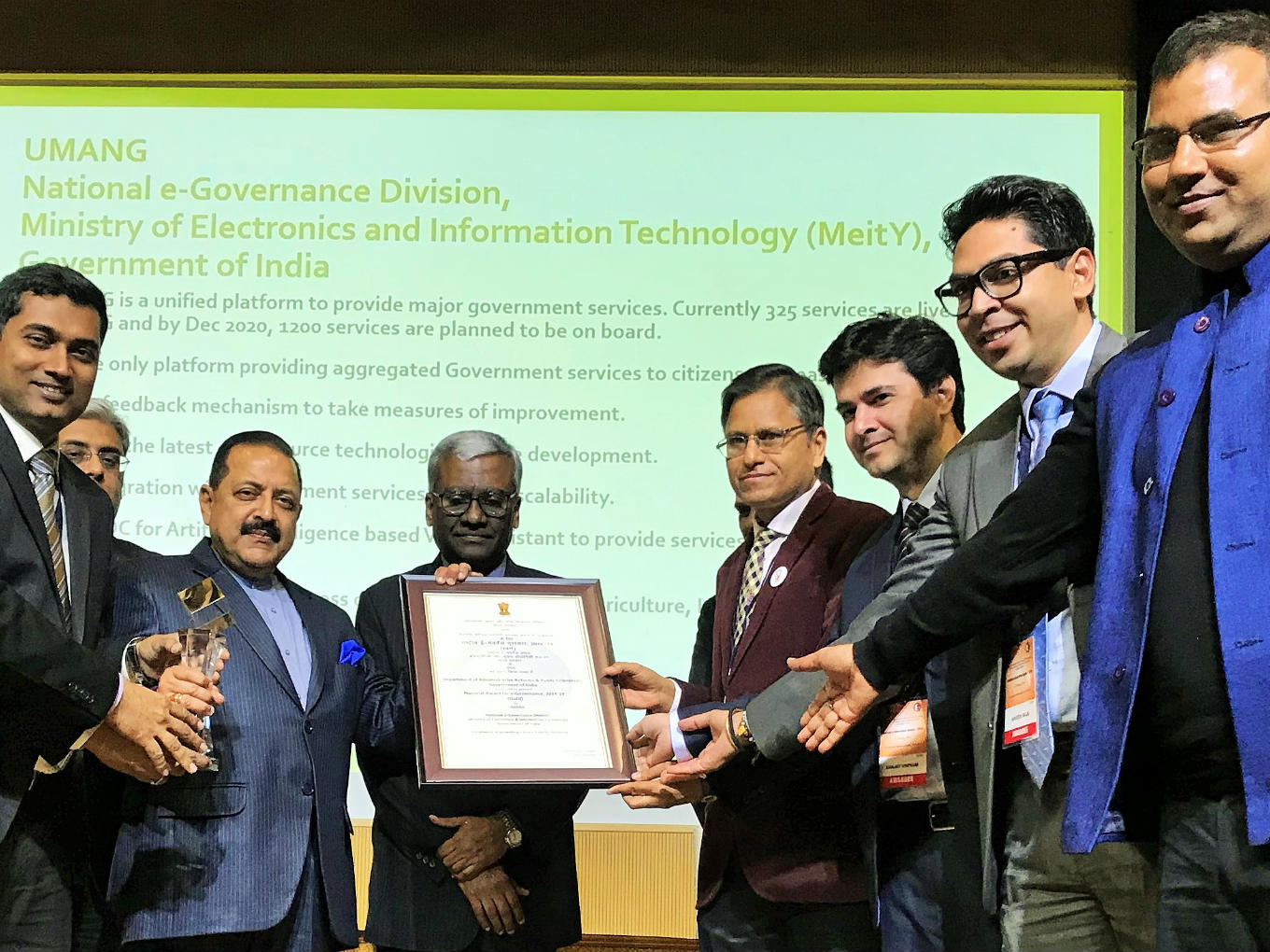 E-governance is becoming an essential part of the government’s digital transformation effort. To encourage and incentivise ministries and states to do better on this front, the Department of Administrative Reforms and Public Grievances (DARPG), Ministry of Personnel, Public Grievances and Pensions hosted the National e-Governance Awards, on February 27, 2019.

It also recognises initiatives in startups, academic research institutions as well as initiatives in adopting emerging technologies. The focus is on citizen centric services and application of technology for encouraging development.

At the e-governance awards 2019, the 14 Awards were given in six categories to recognise achievements, with Gold and Silver Awards in each category.

One of the special mentions came for IRCTC Rail Connect Mobile App, which was presented with a special jury award in the category of Excellence In Government Process Re-engineering For Digital Transformation.

The Minister of State in the Prime Minister’s Office, Personnel, Public Grievances and Pensions, Jitendra Singh said that the department received about 16 lakh grievances this year compared to about 2 lakh grievances four years ago. This is due to the better and prompt response from the government, he added.

The government received 411 nominations in 6 categories, which it narrowed down to 256 in three months. This was followed by 100 nominations for spot study and 46 were selected for jury presentation, out of which 14 awards have been given in these six categories.

Here are the winners across the six categories:

Silver:Targeted Intervention To Expand And Strengthen Tb Control Among The Tribal Population Under Rntcp, India and National Jalma Institute For Leprosy And Other Mycobacterial Diseases, Department Of Health Research, Ministry Of Health & Family Welfare (Moh&Fw), Government Of India

Innovative Use Of Ict In E-governance Solutions By Startups