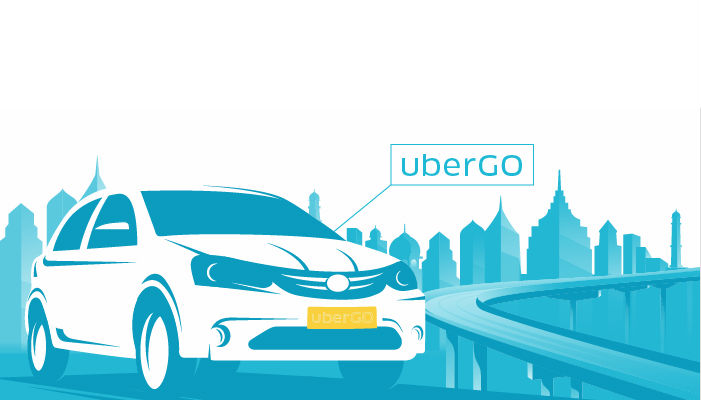 Uber has launched its low cost cab booking service UberGo in India. The base fare in UberGo is INR 40, further priced at INR 12/Km (Delhi) and Re.1 per minute. This new range of hatchbacks — comprising Tata Indica Vista, Nissan Micra and Maruti Suzuki Swift — will be rolled out across ten Indian cities. 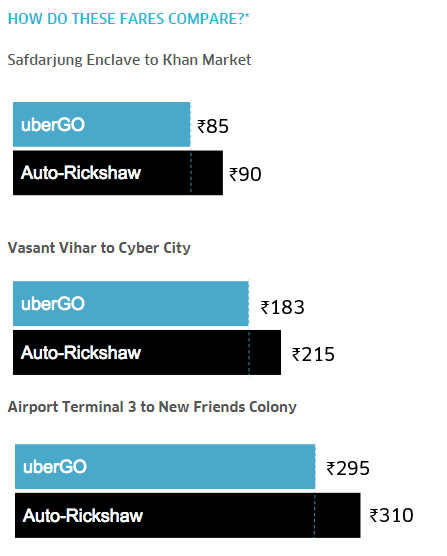 Founded in 2010 by Travis Kalanick and Garrett Camp, Uber is reportedly raising $1 Bn in a new financing round valuing it at $25 Bn.

The Indian taxi market is estimated to be worth about $9 Bn (INR 54,000 Cr.), of which only 4-6% is organised. There are around 2.3 Mn taxis registered in India with players like Meru, OlaCabs, TaxiForSure, among others.

Uber was launched in India last year, and since it has launched its cheaper line of Uber X, it has registered more than 40% month-on-month growth. Currently, it has presence in 10 cities with more than 15,000 drivers in the country and is expanding rapidly.

Recently, Uber has tied up with Paytm to offer the services of a semi-closed wallet in India.

Also Read: OlaCabs Experimenting With Autos For Hire In Bangalore