Serving The Online Travel Community, This Startup Just Got Funded

Serving The Online Travel Community, This Startup Just Got Funded 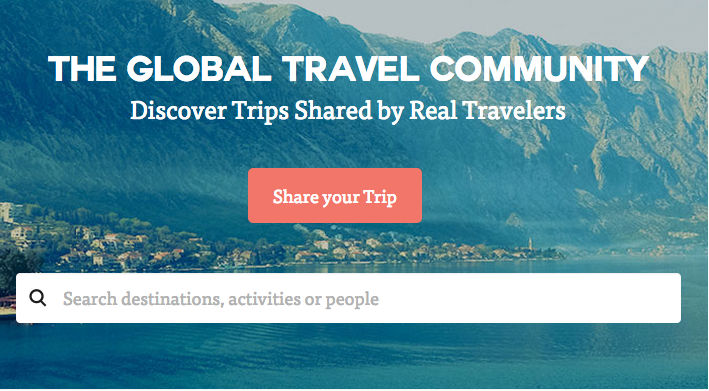 Delhi-based, online travel community startup, Tripoto, has just raised its Pre-Series A round of funding led by IDG Ventures India, this round comes in just a few months after it had raised $400k in angel funding led by OutBox Ventures and angel investors including Kunal Bahl and Rohit Bansal of Snapdeal, Sachin Bhatia of Makemytrip & TrulyMadly.com, Shanti Mohan of LetsVenture, Nikunj Jain of Inoxapps, and Frankly.me, among others.

OutBox Ventures, Sachin Bhatia, Shanti Mohan, Nikunj Jain and few other existing investors also participated in this round of funding. With this round, Karan Mohla from IDG Ventures India would be joining Tripoto as a board member.

Launched in August 2013, Tripoto was founded by ISB alumni Michael Lyngdoh and Anirudh Gupta, it provides a platform for travellers to share and discover travel itineraries & stories, plan their trips, upload travel photos and maps, write reviews and connect with like-minded travelers.

Over the past three months, Tripoto has witnessed 100% growth in web traffic, while mobile traffic has seen much higher growth. It is witnessing over 1.3 Mn monthly pageviews and app downloads counts at over 50k in total (iOS and Android).

Travelers from more than 100 countries have shared their travel itineraries and stories on Tripoto. It earns revenues via Advertising, Affiliate models, integrating hotels and homestays.

Related: Reminiscing 2014: 15 Startups Which Made It Big Last Year

The startup has kept the amount of funding undisclosed, however as per sources, it has grabbed somewhere around $2 Mn in this round which will primarily be used for rapid growth in mobile, team augmentation and building upon the early success already seen in global expansion.

Karan Mohla, Vice President of IDG Ventures India, said “We were highly impressed with Tripoto’s dominance and rapid growth. Their mobile app usage and engagement has witnessed phenomenal growth in the months since the launch. This is a strong and cohesive team, led by Anirudh and Michael who have clearly demonstrated their ability to build and scale-up a world-class product. The segment of travel content and community is certainly ripe for disruption as it hasn’t seen true innovation in a few years.

Bangalore-based HolidayIQ is yet another player in this space, which is also reportedly planning to raise a new round of funding to be led by its existing investors, Tiger Global Management and Accel Partners.

Recently, number of startups working in this domain have grabbed the investor interest, some of the travel related startups that got funded in recent times include Delhi-based online travel startup, Smartairtrip.com also raised $10 Mn in a Series A round of funding, Bangalore-based mobile-first travel technology solutions provider, Trip38 raised over INR 6 Cr. ($1 Mn) in a new funding from InterGlobe Technology Quotient and Itraveller raised INR 6 Cr. in Series A, among others.