The US has no problems with countries imposing data localisation in place for regulatory purposes, he said

US-based Google, Visa, Mastercard, Facebook among others will be impacted by the data localisation laws 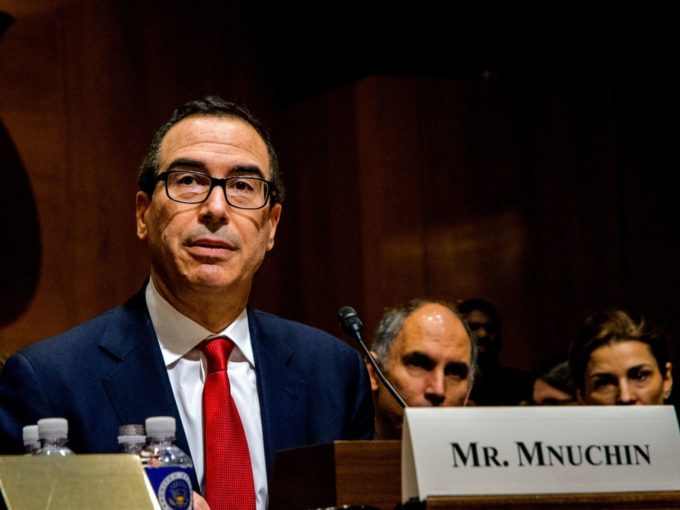 The US treasury secretary, Steven Mnuchin, urged India to ensure that its data localisation plan does not have an impact on other countries and the way the data economy has flourished outside India. He further requested that India treat US-based financial services companies fairly even as they look to comply with the local laws.

At the Congressional hearing on Thursday, Mnuchin testified before the House Financial Services Committee about risks to financial stability and the US economy. He said that the US has been in conversation with India on the issue of data localisation.

Mnuchin said that the US has no issues with any countries that are imposing data localisation rules for regulatory purposes. However, since the US is a global economy, the issue arises if the countries eliminate data outside of it, he added.

This came as a response to David F. Kustoff’s questions to the treasury secretary about India, where he said that India is trying to raise the bar related to data localisation, and it is in turn, restricting the free trade between the countries.

The US companies like Google, Visa, Mastercard among others have supported the country’s decision around data localisation. However, a few US-based companies are sceptical about this move, as it would make their operations and processes more expensive and cumbersome. In the Congregational hearing, Mnuchin mentioned that he was in India recently and this had been an issue of discussion between both the countries.

In April 2018, the RBI had issued a circular asking all the financial service companies in the country to store data related to their customers, within India. This was initiated to ensure Indian users details remain secure against privacy breaches. RBI had given financial transaction companies six months to comply with the localisation norms.

Earlier this week, the Indian union cabinet approved the Personal Data Protection Bill (PDP), which aims to ensure the protection of personal data and sensitive data. However, the information and broadcasting minister Prakash Javadekar said that the PDP will be introduced in the Parliament during the current winter session. The bill may contain broad guidelines on the collection, storage and processing of personal data of individuals, penalties and compensation, code of conduct and an enforce model among others.