Travel Bans: How ixigo, MMT, Other OTAs Are Dealing With Coronavirus Lockdown

Travel Bans: How ixigo, MMT, Other OTAs Are Dealing With Coronavirus Lockdown

India, on its part, has suspended many existing visa till April 15, 2020

MakeMyTrip had first noticed a negative impact earlier in March

Talking to Inc42, the OTAs expected the impact on businesses till atleast Summer season 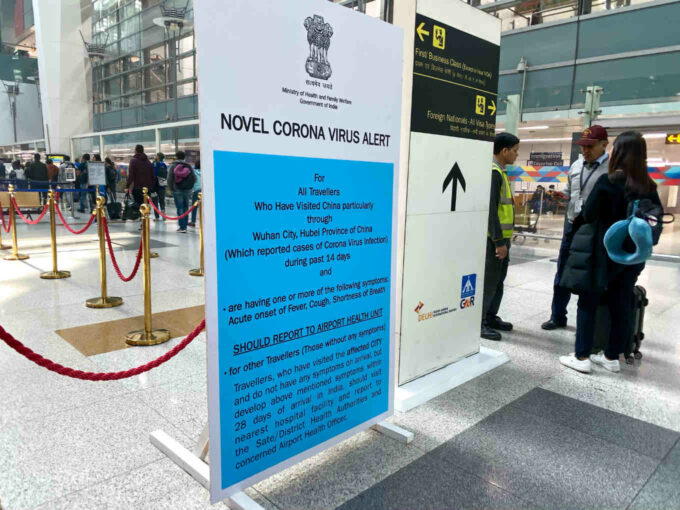 Stock markets are crashing everywhere, visas are cancelled, flights are being banned and most travel has been suspended due to the unprecedented coronavirus pandemic. Covid-19 or coronavirus has impacted nearly 118 countries in the world, with over 135K confirmed cases.

India, on its part, has also suspended all existing visas (except diplomatic, official, UN, international organisations, employment, project visas) till April 15, 2020. As a result, India’s travel and hospitality industry is expected to take a revenue hit of INR 8500 Cr due to these suspensions.

To put this into perspective, the total travel services market is poised to grow by $56 Bn during 2020-2024 at a CAGR of almost 19%. Hence, risks have increased massively for online travel aggregators such as MakeMyTrip, Yatra, ixigo, Cleartrip etc.

For instance, MakeMyTrip’s share price has fallen 48.57% in the last month while Yatra has seen a fall of 50.93% in its stock price by Friday, March 13.

Some analysts expect a 15% drop in business in the tourism industry annually due to the coronavirus scare and the travel restrictions. “The month of March will take a beating and parts of April will do but hopefully it may not last,” one expert said.

MakeMyTrip had earlier claimed that it expected a potential impact on the overall business if the outbreak spreads west. MakeMyTrip said flight bookings for Southeast Asian countries were significantly impacted in the beginning of March, however, countries in the west region including the US and Europe saw a minor dip, which will now grow in size.

“Over the past two weeks, we have noticed a sudden spike in the number of cancellations as the outbreak spreads to new markets,” the company had noticed.

As the outbreak has gained ground in India in March, MakeMyTrip group CEO Rajesh Magow told Inc42 that the government’s decision to cancel all visas, with a few exemptions, is timely to control the spread of Covid-19.

He noted that this will have an impact on inbound and outbound international travel, and as the period between February till the end of March is typically a lean period because of exam season but they are seeing a demand slowdown for the upcoming summer holiday season, especially for international travel. “The situation remains dynamic, making it hard to quantify the actual impact on our business and industry at large,” Magow added.

Further, Sabina Chopra, cofounder, Yatra.com told us that due to the pandemic, the company has received close to 35% cancellation queries from travellers.

“With few Indian airlines having suspended flight operations to destinations with high Coronavirus risk, airfares have dropped by 40% to affected destinations. There has been about 18% drop in hotel rates and we are receiving cancellation requests from various travellers who are wary of taking up trips domestically as well,” she added.

Ixigo cofounder and CEO Aloke Bajpai told Inc42 that the company has seen a 30-35% drop in airfares across international routes. He expects international travel demand slowdown to continue till beyond the summer.

However, India hasn’t put in place any restrictions on domestic travel, which Bajpai expects won’t be impacted much. “Trains and domestic flights put together are almost two-thirds of the market. Train bookings are still going strong and we have seen zero impact on the rail side so far,” Bajpai claimed.