A Look Into Top Tech Acquirers By Year

A Look Into Top Tech Acquirers By Year

Large number of companies are been acquired every year, and acquisitions turns out to be massive ones. This year we have already seen a few massive tech M&A with WhatsApp, Nest and Oculus alone being acquired for more than $24 Bn in aggregate exit value. Recently, CB Insights by using its data has come out with a report, where it has ranked the most active tech acquirers by year, so as to give a complete outlook of who’s snatching up the most private tech companies and how the active acquirer landscape has shifted over time.

Have a look at the top acquirers by year 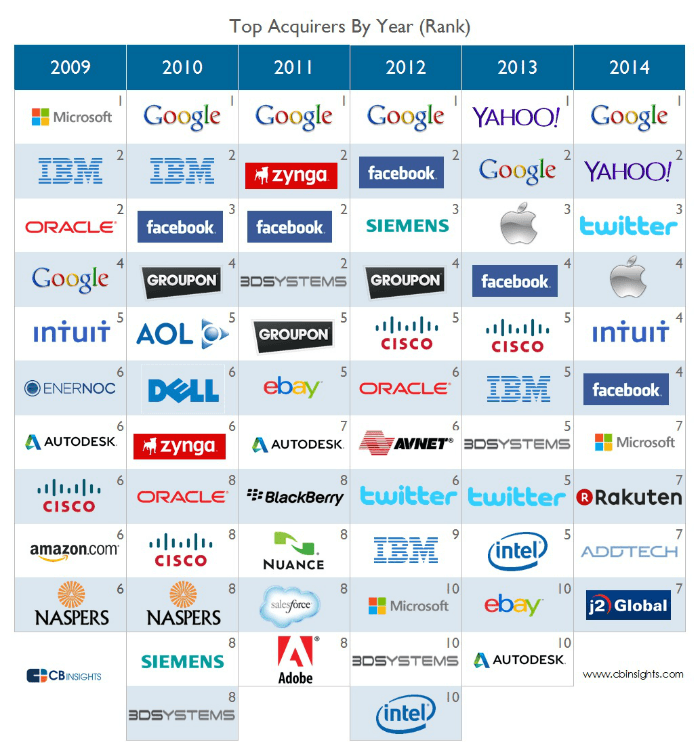 Here are the highlights that show the companies that have consistently been top acquirers and some of the movements in their M&A rankings over time. 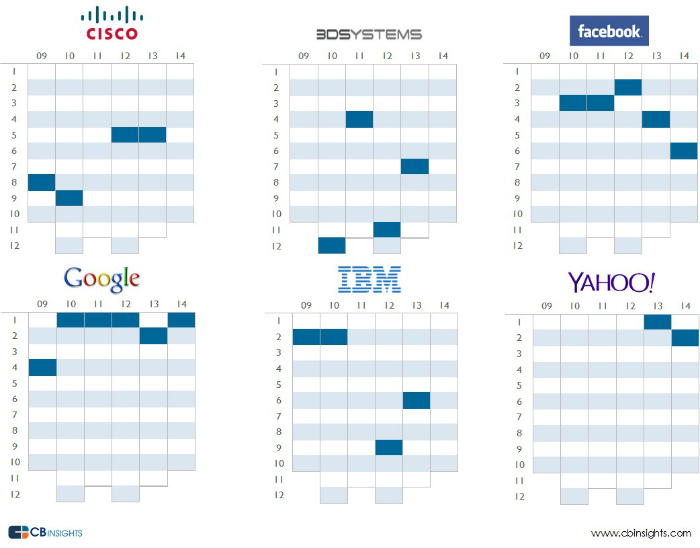