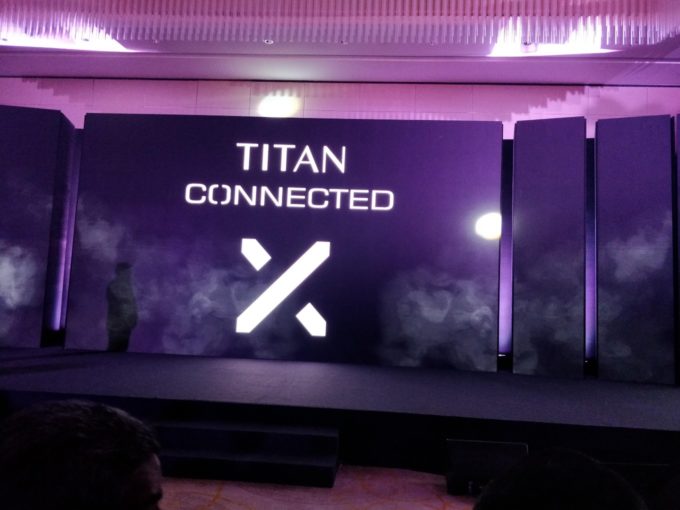 Unlike the erstwhile largest smartphone maker Nokia which couldn’t reinvent itself completely to the smartphone world after Apple changed the market equation, Titan, India’s leading manufacturer of wrist watches and timepieces, does not want to be left behind in the rush for smart wearables, which is slowly changing the Indian market dynamics. Responding to the latest technology innovations that have redefined the world of wearables, on Tuesday (February 11), the company launched Titan Connected X, a 1.2 in full-colour touch display with some loaded features such as activity tracking, heart rate monitoring etc.

With this, Titan has over a dozen smart wearables to offer, ranging from INR 799 to INR 22,995. Talking about the next-gen plans, Titan CEO Ravi Kant said that the company has broadly classified users into three categories — youth, urban male and female.

Loaded with cutting-edge features for fitness tracking and other connected activities as well as tons of sensors, the latest smart wearables are being designed according to the latest standards, he said.

However, smart wearables can’t be developed without building an ecosystem. Kant who has been associated with Titan for more than three decades clearly knows the permutations and combinations of the game. In order to strengthen the company on the technology front, it has now acquihired IoT and smart wearable startup Hug Innovations.

“They have the capability of developing firmware, software, cloud technologies for which we were looking for at partners in the past. Now that the platform is owned by us, all our consumers will be using the same. And the entire team is onboarded, hopefully, we will see more unique products in the upcoming years,” said Kant.

In the smart wearable market, Titan is the second-largest supplier by volume in India, according to IDC. The company has currently 1.6 Mn registered userbase and has sold over 1.5 Mn smartwatches since its launch in 2016.

Kant stated that the launch of Titan Connected X and the creation of its Hyderabad Development Centre have come at a time when India is now the third-largest country in the world for wearables and Titan the second largest wearables company in the country.

On its Titan Nxt mantra, Kant said that this marks the shift in the company’s design thinking. The focus is now on building and developing a connected ecosystem.

Based on media reports, the earlier version of the story had indicated Titan had a stake in IoT startup CoveloT. However, a company spokesperson clarified that this was false information. We have since omitted the mention.