Tier 2, 3 Focus Worked For redBus In 2019 As It Expands rPool Ride-Sharing Business

Tier 2, 3 Focus Worked For redBus In 2019 As It Expands rPool Ride-Sharing Business 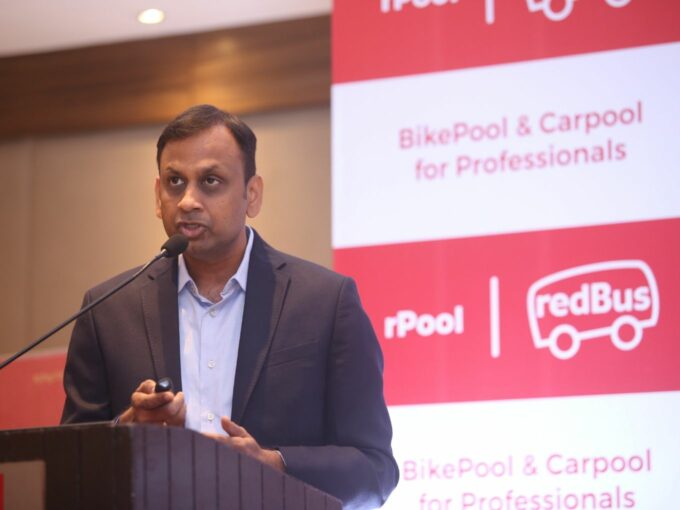 With India’s digital boom, internet companies have discovered a new pool of users in Tier 2 and Tier 3 cities, and as one of the earliest success stories among internet services, this has been the case for Bengaluru-based bus ticketing platform redBus as well.

Speaking to Inc42, redBus CEO Prakash Sangam said that in 2019, the company registered more bookings from Tier 2, 3, 4 and beyond than the metros for the first. “We registered 57% of booking from these cities in 2019,” he added.

How redBus Is Riding On India’s Digital Growth

Similar to other internet companies, Sangam also credited low prices of internet and deeper penetration of smartphones in Tier 2 and Tier 3 cities for the increased demand. “Downloading an app is not a problem anymore. Moreover, with the fintech boom, people are not afraid to transacting online,” he added.

However, Sangam also noted that redBus efforts also played a crucial role in driving the growth in these areas. According to him, the tie-ups with road transport corporations (RTCs) complemented the demand in these cities. As the audience in these cities opt for such buses more than private operators, offering online booking for state-run buses helped redBus get more revenue from Tier 2 and beyond.

Founded in 2006, redBus quickly grew into the one of the largest online bus ticketing platforms. In June 2013, ibibo Group, a joint venture between South Africa’s Naspers and Chinese Internet company Tencent, acquired a controlling stake in online bus ticketing firm redBus, valuing it at about $140 Mn (INR 800 Cr).

Now part of the MakeMyTrip group, the company has 75% market share of the overall bus ticketing business in India in 2019, up from 70% in 2018, according to Sangam.

In January 2018, redBus also partnered with Flipkart-owned payments player PhonePe. With this tie-up, redBus had integrated its bus ticketing platform on the PhonePe app which helped the company to grow in areas where it had a minor presence.

Sangam said users are now discovering redBus from other apps such as PhonePe and Google Pay as well. “They have a huge presence. In states like Gujarat and Maharashtra, they have really helped us to get a lot of bus bookings,” he added. Going forward, the company has now also integrated its bus ticketing platform with Google Pay and Amazon as well.

To get to more users in metros, redBus has also launched a carpooling and bike pooling platform — rPool. The service is quite similar to other pooling platforms where users can offer rides in their personal cars and bikes while commuting between home and their workplace. Launched six months ago in Bengaluru, Hyderabad, and Pune, redBus announced this week that rPool is now available in Delhi NCR as well.

In terms of performance in 2019, Sangam said that the company accomplished most of its targets. However, due to the ongoing economic slowdown in the country, consumer spending dropped and so did the overall number of trips in 2019, he added. But Sangam is also optimistic that the slowdown will not last long and the sales will also come back on the track.

Besides India, redBus is also operating in Singapore, Malaysia, and Indonesia. Sangam said that now international operations account for 10% of the total revenues of the company. Sangam expects this number to further increase over the next 3-4 years.

For redBus, Malaysia has been a big success. Sangam said that the company has become the largest player in Malaysia and is also going to turn profitable very soon there as well.

redBus has already established itself as one of the major players in the online bus ticket booking industry in India. However, the company doesn’t want to stop here and is keen on bringing something new to the market.

Currently, redBus is working on a technology which will help in reducing the overall journey time. Without revealing much about it, Sangam said that it is going to help passengers to reach their destinations in less time period of time especially to them who are travelling on shorter routes.

In international markets, Sangam said that the company is looking to enter into new geographies as well as look for allied opportunities as well. “We are also looking to offer additional services such as food, activities, and destinations as well,” he added.