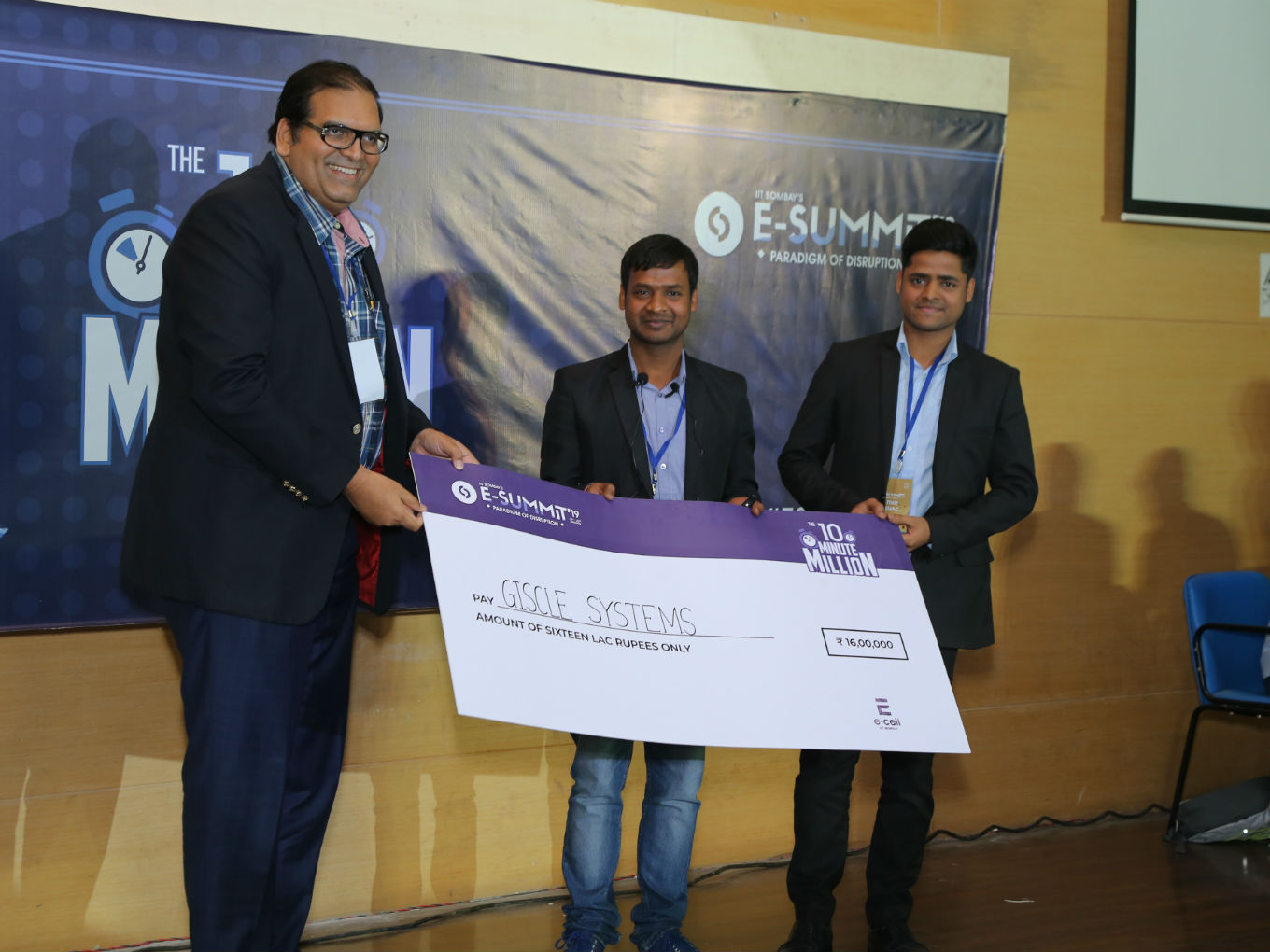 The challenge was part of IIT Bombay's Entrepreneurship Summit

rePurpose Global got bids worth $142K and Giscle received $88.5K

The challenge is E-Cell’s attempt to take a different approach to the fundraising process for a startup, where 10 selected startups pitch their idea to investors within an allotted tim of 10 minutes with the most promising pitches winning funding on the spot to pursue their idea. The competition offered the best pitch, prize money of up to $22.7K (INR 16 Lakh).

Out of eight startups who pitched, three startups won the on the spot funding at the latest The Ten Minute Million Challenge.

The winning startups will be sharing an equity of 4% with the investors for a prize amount of $25.16K.

Here Are The Three Winners

About the company: LegitDoc is a blockchain startup which solves the problem of forgery of documents (marks cards, university certificates, insurance papers, permits, invoices, land records etc.) using public blockchain technology. Using LegitDoc, any authority such as universities can issue documents (ex. marks cards), whose authenticity can be verified publicly within 10 seconds, free of cost from anywhere around the world by a simple drag and drop mechanism.

About the company:  rePurpose is a social enterprise dedicated to creating a global movement of conscious consumers and brands who go plastic neutral by financially empowering waste worker cooperatives and waste management social enterprises in South & Southeast Asia.

About the company: Giscle is a Computer Vision platform aiming at providing efficient, powerful, accurate and cross-platform vision service. Giscle uses the cutting-edge technology of computer vision and data mining to provide 3 core vision services (Detection, Recognition, and Analysis). Giscle Cognitive services are available in the form of API and SDK which is easy to integrate with any client-side application such as web, app, and IP camera.

Other Startups Who Pitched And Won Funding

About the company: Veratech is a data-driven intelligence company that helps businesses understand more about the clients, partners, alliances and their competitors. They provide businesses with relevant information obtained on a real-time basis with actionable insights that help them decide better and faster.

About the company: Shunya OS is the operating system for the next era of IoT and AI. It is an AI integrated OS for microprocessor-based embedded devices. It has almost all features needed to run an IoT device. Features like Fota, secure boot, MAC etc which are offered by other companies as premium are included in this OS by default.

About the company: An AI assisted SaaS platform for travel brands to conduct influencer and content marketing. Brands have to search for influencers and content creators, validate them, talk to them, and get metrics on a successful campaign.

About the company: Symphony is a music social networking app. It is like an Instagram and Quora for Music where users can share 30 second lmusic stories out of 45 Mn songs with their friends and ask/answer music questions.