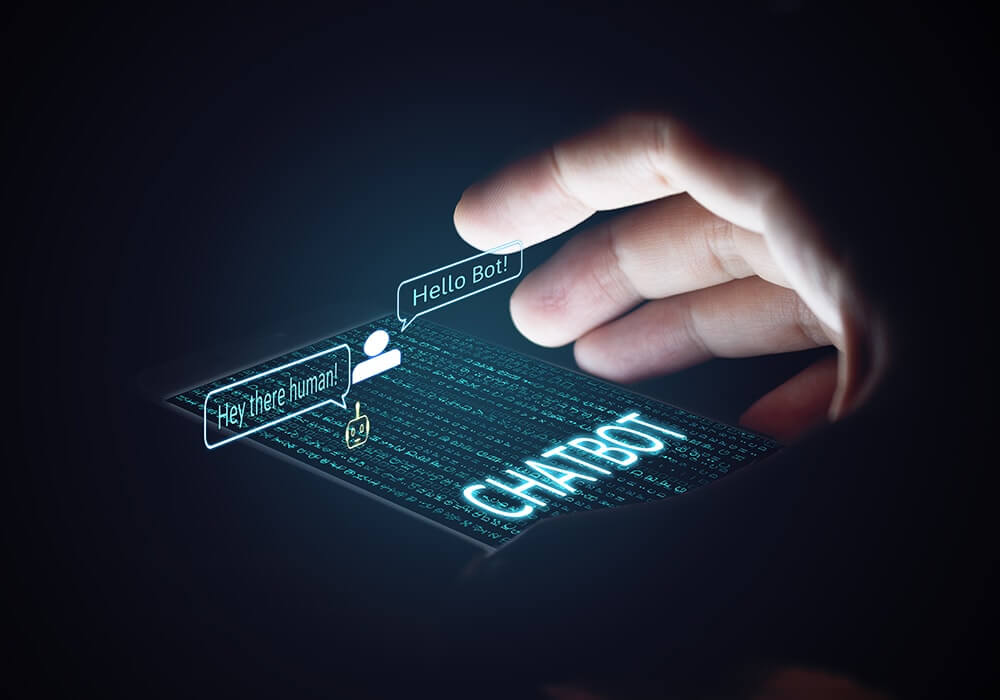 In 2002, on the day of the launch of Indian Railway Catering and Tourism Corporation (IRCTC) platform, only 27 tickets were booked. Now with over 13 Lakh train tickets booked daily through the platform, IRCTC has become the face of e-ticketing in India.

However, with the rising digitisation in the country and more people preferring to book tickets online as well as searching for relevant information on a daily basis, the IRCTC’s current system based on SMS or IVRS technology is not proving sufficient. The process is still time-consuming from logging onto the website to finding the relevant links.

In order to combat the increasing challenges, the Indian Railways is actively exploring the use of chatbots that people can use through social media applications such as Facebook Messenger, Whatsapp, as well as platforms like Telegram, Google Assistant, Skype, etc. The idea is to save the user’s time, from providing quick and efficient customer service to being interactive and informative at the same time.

In a railway conference on artificial intelligence (AI) held in April 2018, a high-level committee was being constituted to take the chatbot initiative for IRCTC forward. Accordingly, an action plan is being considered by the Railways.

Making a leap forward, Delhi-based startup TheFinansol has launched a beta version of an AI-enabled chatbot ‘IRVA’ for Indian Railways. The startup is currently in talks with the Indian Railways to get a green signal for the development of an advanced version of the IRVA.

‘IRVA’ By TheFinansol: How It Will Help IRCTC?

The Indian Railway Virtual Assistant or IRVA is said to ease the process of finding train fare, booking tickets, checking ticket status, and getting other railways related information, for users. And, make it available to them on their fingertips. Currently, its demo version is deployed on Facebook Messenger and can be accessed by typing “IRVA by TheFinansol.”

Speaking to Inc42, Shubham Gupta, founder of TheFinansol, said, “We came to know that IRCTC is looking to build a chatbot for their services. Since we were already working on it, we created a demo and launched. We are currently in discussion with IRCTC to get a green signal.”

TheFinansol has already applied to get an API Key from IRCTC so that it can extract information from their databank and deliver all the railway related queries single-handedly. The chatbot is capable of storing large amounts of data, handle complex analytics and behave more human-like.

On the data privacy, Shubham said, “The data of the customers using the chatbot to get the IRCTC services won’t be shared with anyone, not even TheFinansol. It stays with the IRCTC only, and nobody will be able to hack as it would be in an encrypted form.”

The startup further plans to make the chatbot service an omnichannel platform, which can be available in Whatsapp, Facebook messenger, IRCTC website, and application, as well as SMS.

Get Your Railway Query Answered Via A Simple Text

TheFinansol has plans to make IRVA a one-stop platform for all IRCTC related queries and services – ticket bookings, careers, commercial services, tender-related services, information, and more – accessible with the help of a text, anywhere and anytime. Here are some features of IRVA that can be incorporated for IRCTC —

IRVA, which is currently in its demo phase, however, lacks most of these features. It exists to show the possibilities for digitising IRCTC services with the help of a conversational AI. 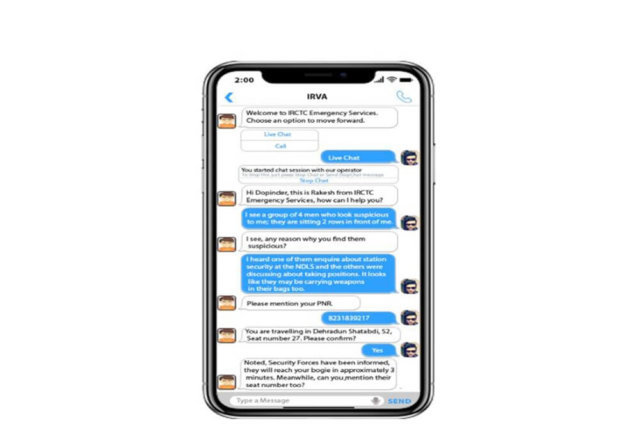 TheFinansol launched its chatbot service about a year back in India and started marketing it from March 2018 onwards. The startup also has its office in The US. It has so far developed chatbot solutions for five companies in India and is currently in talks with two more companies.

Similar to TheFinansol, there are startups like, Delhi-based Wigzo which has developed an AI-based chatbot, zoflow.io that enables brands to build conversational workflows that can be used in sales, marketing, customer support, and other customised needs. Another startup JoeHukum enables businesses to build their chatbots based on logical workflows. There are also Bott.me, Niki.ai, offering chatbot services for various sectors in India.

Players like Facebook, Microsoft, and Google are known to have been the champions to leverage the chatbot technology. According to research from Transparency Market Research, these three companies accounted for 97.5% of the market in 2015. From the same year, the chatbot market is growing at 35% CAGR. Reports estimate $8 Bn annual savings from chatbots, with 80% of businesses considering implementing them.

IRCTC launched its revamped e-Ticketing website on June 9, 2018, and added various features to make train ticket bookings easier. IRCTC earlier announced that about 67.4% of the total reserved train tickets are booked through its website. IRCTC is also looking to launch its own digital payment gateway. With the addition of a chatbot, IRCTC is sure to boost its ‘digitisation’ move one step further.