The Resilient Health-Tech Startups (Part I): Immune To Challenges

The Resilient Health-Tech Startups (Part I): Immune To Challenges 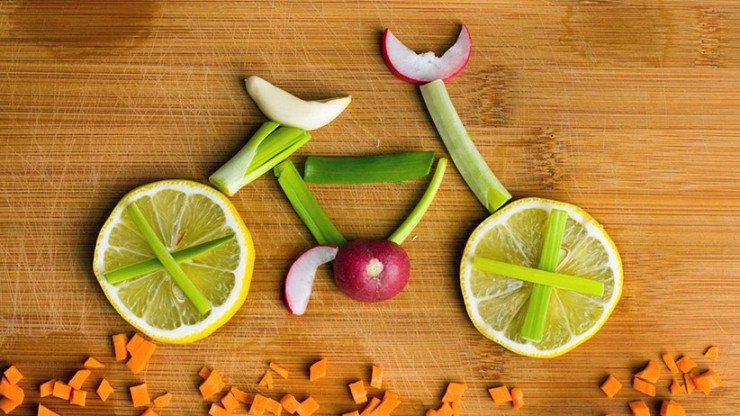 “Generally, health (sector) is just so heavily regulated. It’s just a painful business to be in. It’s just not necessarily how I want to spend my time,” said Sergey Brin, co-founder of Google during a fireside chat with Vinod Khosla – the billionaire venture capitalist and co-founder of Sun Microsystems – at the 2014 KV CEO Summit in the Valley.

Few will dare to enter the domain that gives the creep to even Google. Although Sergei was talking about the regulatory burden on the US healthcare sector, the scenario is not much different in India. The regulations are not well-defined, are confusing and not at all transparent in India. Of late, however, a number of health-tech startups have mushroomed across the country. These brave entrepreneurs are making the best use of technology and innovation – to save lives.

India is witnessing an amalgamation of healthcare and tech like never before. In the last couple of years, many innovative and disruptive startups have come up in the health-tech space. The ballsy entrepreneurs behind these startups understand the challenges associated with this sector but they are adamant about converting them into brilliant opportunities.

They are bringing about disruption in almost all domains of healthcare; such as Practo in doctor discovery/booking space, Lybrate in online doctor consultation space, Portea and Nightingales Home Health Services (owned by Medwell Ventures) in home healthcare space and 1mg and Netmeds in the pharma delivery space. Startups like Metaome have even managed to couple the seemingly immiscible mix of big data and healthcare.

2015 was a particularly eventful year for Practo. After raising $30 Mn from Sequoia Capital and Matrix Partners in February 2015, it raised $90 Mn in the Tencent-led Series C round funding that saw participation from marquee institutional investors including Sofina, Sequoia India, Google Capital, Altimeter Capital, Matrix Partners, Sequoia Capital Global Equities and Yuri Milner, founder of DST Global. This round took the total funds raised by Practo to $125 Mn.

Last year, it went on an acquisition spree by acquiring Fitho, Genii Technologies, Qikwell Technologies and Instahealth. At the same time it also entered four Southeast Asian markets – Singapore, Philippines, Indonesia and Malaysia. This year, it opened up new operating avenues for itself by foraying into personal care,  fitness segment, and online pharma delivery space.

Coming to the dark side of the moon, these health-tech startups had to tackle numerous hurdles to get where they are today; the struggle continues. Let’s explore what these challenges are:

Indian healthcare sector being highly unorganised, throws up a lot of challenges for the health-tech startups, especially the ones that have to keep a tab on the space, such as Practo and Lybrate.

“The biggest challenge that faces Indian healthcare is information asymmetry. It is not really about how you communicate with your healthcare provider (HCP) – that’s really step 2 – but fundamentally about how do you find the right HCP to talk to. Who is the right one for you?” says Shashank ND- Founder and CEO of Practo.

“Given healthcare is such a huge industry and there are many issues to solve, many companies believe they can solve all the problems. It’s important to focus on one pain point and ensure that gets solved at scale rather than getting one’s hands dirty with everything and not be able to justify anything,” says Saurabh Arora, CEO & co-founder of Lybrate.

Meena Ganesh, MD & CEO of Portea Medical, believes that since the market in India is mostly self-pay (unlike developed markets where insurance companies and the government fund healthcare), there are several inefficiencies and scope to ‘game’ the existing system.

The number of internet users in the country has already crossed the 400 Mn mark and according to Telecom Minister Ravi Shankar Prasad, the number is set to cross 500 million in the next 5-8 months. He also stated that out of the 1.25 Bn people in India, 1 Bn already have mobile phones. These numbers are highly impressive but the omnipresent ever-rotating throbber and “no internet connection” message tell a different story. The poor internet infrastructure of the country is a big challenge for these health-tech startups.

Many of the data formats used in healthcare are big on size and the unavailability of a reliable high-speed internet service creates a bottleneck. “Consider a case where you want to have a real-time video conferencing between doctors or patients. For that, I don’t know if there is any reliable broadband service provider available in Indian consumer market. ‘1 mbps’ broadband connection in India roughly translates to ‘upto 1 mbps’ and a 3G connection may mean that during some days of the week, you will get 3G speed,” says Phanish.

This poor internet infrastructure also affected the Practo team when they were building Practo Ray – it’s cloud-based SaaS practice management solution. They struggled with the building of a hyper-responsive product in a market where internet penetration was low and speeds not as good as what we see in many other markets. “We literally counted (and still do) our performance in milliseconds to see how responsive and fast our product is and how quickly it can provide the relevant information to the user.”

Saurabh also believes that the low penetration of internet in the country is barring a big portion of the population from getting benefitted from the technological revolution in the healthcare space.

The Elusive Dr No

The shortage of doctors is, however, not the only issue. The whole sector is currently based on a doctor-first model. “The healthcare providers or doctors are at the top-end of the pyramid and the healthcare consumer is at the opposite end; consumers have less say in their treatment than is typically desirable,” says Meena.

“The healthcare industry is a mammoth industry where consumers, up until now, have not been the center of attention. We started Practo when we discovered that there was a profound need to transform the healthcare industry, simplify it and center the whole ecosystem around the patient – we call it ‘Patient First’ and this is one of the guiding lights for all decisions at Practo,” says Shashank.

Apart from this, resistance from doctors to adapt to technology is also a major challenge. “Only 20 percent doctors are on digital platforms today. Hence, acquiring doctors is very different proposition from other industries. Doctors don’t want to break the status quo and adapt to newer means to communicate and collaborate,” says Mudit Vijayvergiya, co-founder of Curofy.

The world of healthcare technology does not revolve only around doctors; there are various other stakeholders associated – many who don’t have any medical background. For a health-tech startup, finding a developer with domain expertise is like hitting the jackpot. “If you are a 25 year-old developer, the occasional health checkups are the only exposure he/she might have to healthcare. So, it is very important to have a team with domain expertise in health & tech. This is a key challenge,” says Dr Deepu Sebin, co-founder & CEO of Daily Rounds.

“All industry startups already have reference points. Healthcare industry, in its niche form, still doesn’t have a reference point anywhere in the country. Hence it is very difficult to find good mentors to guide through the initial phases,” explains Mudit.

Now, when it comes to investors, the stakes are literally high. “With all the factors of slow growth, hard monetisation, lack of proper ecosystem, it is difficult to convince investors who don’t have a healthcare background to back startups working in healthcare,” he adds.

To get some insider perspective, readers can join the SURGE conference where this topic “Health-Tech: turning challenges into opportunities” will be heatedly debated by Lisa Maki of PokitDok and Shashank ND of Practo. Click here to register.

As mentioned in the beginning of this article, regulatory burden on the US healthcare sector deters even the mighty Google from entering this domain. However, amidst this highly regulated environment there are startups like PokitDok that thrive.

“We take regulations very seriously, including security and compliance. We ensure we understand them deeply so we can build solutions that will help our customers deal with their implications. We study it, know it and have people on our team whose sole job is to address it, including in-house counsel,” says Lisa Maki, CEO, PokitDok.

In the US, legislation like the 1996 Health Insurance Portability & Accountability Act (HIPAA) as well as the Patient Protection and Affordable Care Act (aka Obamacare) have introduced sweeping changes to the country’s $3 Tn healthcare industry.

“We’re helping health systems and payers re-image their processes so they can manage change driven by these regulatory and consumer behavior patterns,” she adds.

The healthcare regulatory environment of India is not as rigid as in the US. Deepu believes the regulations and policies are much lighter and more logical in India, when compared to US and other countries. However, there are other stakeholders who believe that the regulations lacks lucidity, structure and transparency.

“General association of the healthcare industry is with government and thus, a lot of regulations and policies are unclear and confusing. The industry does not give enough freedom to express oneself and that’s where innovative thinking takes precedence,” says Mudit. He also believes that due to similar reasons, some doctors find it unwise to join the industry.

A number of these health-tech startups are also working closely with the regulatory bodies to come up with a clear and transparent set of regulations and policies, and they believe progress is being made.

Practo is working with various stakeholders, including the government. Shashank believes initiatives such as Digital India and Make in India will propel digital health to a billion Indians. The company also plans to partner with multiple government organisations to enable quality healthcare access for people in tier-2 and tier-3 cities.

Saurabh talks about the hazy nature of the regulations and policies around online healthcare in India. Lybrate is, therefore, working with thought leaders like Indian Medical Association (IMA) to develop guidelines and bring in more clarity.

There are several bodies like the NATHEALTH (Healthcare Federation of India) and CII’s Healthcare wing that are playing an active role in clarifying issues and working with governmental authorities to ensure the patient is being placed at the core of the healthcare ecosystem. “It’s a long and challenging journey but we see progress being made in this direction,” says Meena.

These entrepreneurs are well aware of the arduous journey ahead but still chose to be a part of this industry because their startups doesn’t just impact the lives of people, they save them. This fact drives the passion in them to not only tackle these challenges, but convert them into opportunities.

Join the “Health-Tech: turning challenges into opportunities” session at SURGE, where this topic will be will be heatedly debated by Lisa Maki of PokitDok and Shashank ND of Practo. Click here to register.