Thrasio idea germinated in the form of rolling up small online brands, who were low on budget to scale through social channels such as Facebook

Know what Carlos Cashman shared at Inc42’s D2C Summit 2.0, on how Thrasio started as an acquirer of Amazon third-party sellers and the bottlenecks it faced 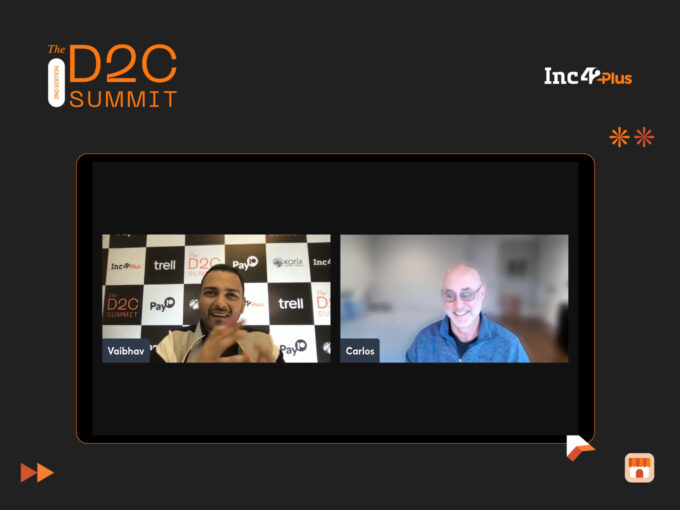 For Carlos Cashman, the cofounder of the Thrasio, who pioneered the moniker, the journey began at his own agency working on Facebook advertising for brands wanting to scale online. There, he found a gap — smaller brands, with a budget of less than $10,000 could not reap the benefits of the order inflows that ecommerce would allow.

Speaking at Inc42’s D2C Summit 2.0, Cashman outlined, “We started thinking how we could help them [small brands] become successful, because all we had to do was invest cash! The parameters on which we were working [driving sales through ecommerce, Facebook and Instagram] were already simplifying the online journey for brands. So we started thinking about rolling up the websites.”

The idea was born in the form of rolling up websites built on Shopify — which was a lot harder to do, due to data unavailability on the brands. Thrasio, thus, started as an acquirer through inbound leads of D2C brands, and later pivoted to Amazon.

“We were looking at Amazon to channel certain goods, and we discovered the third-party marketplace — that’s where we started, and here we are now. Many people have copied our model, but it’s really difficult to scale up with native D2C brands, which is why we focussed primarily on Fulfilled-By-Amazon (FBA) brands,” Cashman added.

The startup also boasts a strong company culture, as Cashman puts it — “stacking innovation on innovation”. With newer businesses, teams and entrepreneurs rolling up with Thrasio, he stated,

“My goal is to create a culture where innovation can thrive, where people can come up with ideas and where we know where we can test them, and I am always thinking of how to do that [promote innovation] inside the company.”

Thrasio is at present valued at approximately $10 Bn, in less than four years of starting operations.

But reaching the valuation wasn’t easy!

Since the startup was a first-mover in the space, Cashman claims that getting capital wasn’t as hard as getting it at the right price. “The idea was not super new. It was there but we executed rapidly. After building this model to this stage, I feel like the first miner in the gold rush, credited with discovering gold. And it’s funny that today companies like us, can raise hundreds of millions of dollars, but when we pitched no one believed this was a stable model.”

True to the scalability idea and against the general sentiment, Thrasio has completed 150+ acquisitions. It has raised more than $3.4 Bn in capital, establishing itself as a category creator, an OG in the ecommerce rollup space.

Currently operational in the US, the UK, Germany, Denmark, Japan and China, Thrasio is now set to mark its entry in India, starting with the FMCD startup Lifelong.

If you missed out on Carlos’ session, you can still catch his conversation with Vaibhav Vardhan, CEO, Inc42, on how Thrasio went from 0 to 1, and then 1 to 150+ FBA brands under its portfolio.