So far, it has built a proof-of-concept device that has a carrying capacity of six kilograms 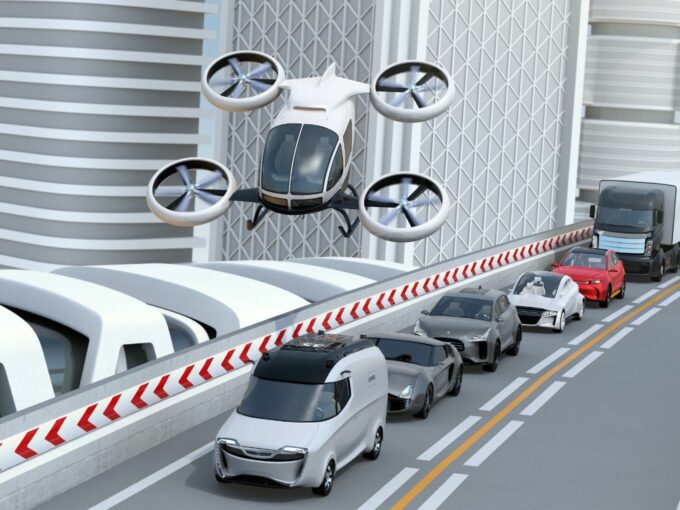 eVTOL (electric vertical takeoff and landing) aircraft startup The ePlane Company has raised $5 Mn in a Pre-Series A funding round led by Speciale Invest and Micelio.

Founded in 2017 by Satya Chakravarthy and Pranjal Mehta, ePlane aspires to build an eVTOL compact taxi that can transport passengers as well as cargo. So far, it has built a proof-of-concept device that has a carrying capacity of six kilograms. The startup will use the freshly-raised funds towards hiring talent for research and development.

With the rapid adoption of unmanned aerial vehicles across various industries and use cases, and the government’s liberalised drone rules policy, the number of unmanned aircraft operating alongside manned aircraft in the Indian airspace is about to increase exponentially. Keeping this in mind, the Ministry of Civil Aviation had unveiled a policy framework for unmanned aircraft traffic management. (UTM)

The UTM policy framework defines an architecture and mechanism for managing unmanned aircraft traffic in very low level (VLL) airspace up to 1000 ft above ground level. This airspace is defined as the UTM Airspace. The framework establishes the roles and responsibilities of key stakeholders and a system of standards, procedures, technology and real-time data exchange that can facilitate the smooth operation of UAVs across the country.

Once unmanned air traffic management systems come online, in line with the policy framework proposed by the Directorate General of Civil Aviation, eVTOL startups like The ePlane Company will be looking to have their aircrafts work as part of it.

The Problems With ‘Air Taxis’

“The USP is that we are making the most compact flying taxi in the world which has a hybrid design that uses both rotors and wings and a subscale prototype that enables it to fly slower than e-planes with compact wings would normally require. Further, our product will not have any dedicated infrastructure requirements and can make the city commute ten times faster at just 1.5 times the taxi fare, said Pranjal Mehta, cofounder, The ePlane Company.

He added, “The funding we have received demonstrates the confidence investors have in us. We are grateful for the support from both our Indian and foreign investors.”

But it is difficult to deduce what inspires that confidence, at least from publicly available information. The ePlane Company is not the first startup to consider offerings in this space and definitely wouldn’t be the last one.

Taxi aggregator startup Uber had plans to unveil a similar eVTOL “UberAIR” service by 2023, a plan that has hit a few regulatory roadblocks. But regulations are the easy part; there are some key fundamental technological problems that need to be addressed before such an endeavour can be fruitful. For example:

Now, even if (or when) our technology advances enough to put all these problems to rest, there is still a fundamental flaw in the concept. It’s the same logical mistake we make when we think building wider roads will end traffic.

But that is never the case in the long term—just like with building wider roads, air taxis will only alleviate traffic congestion for a short span of time before the new conduits get filled up again.

For wider roads, that means that the increasing number of cars will eventually fill up the extra space they have opened up. For aircraft, they would create a new kind of traffic jam: an aerial one.