Tesla Will Have To Comply With Aatmanirbhar Bharat Policy To Enter India : Mahendra Pandey 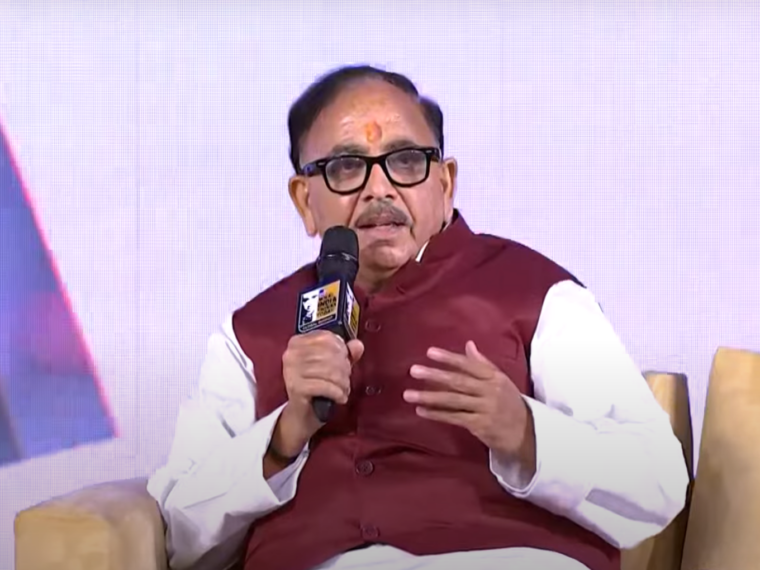 Pandey said that under the leadership of Prime Minister Narendra Modi, the government has pushed forward the Aatmanirbhar Bharat policy and has been receiving good responses to it

The minister said that the government would not compromise with Tesla’s demands in any way, as he said, “Tesla, Elon Musk is welcome to India, but only after complying with the country's policies.”

A month ago, Musk also tweeted, “Tesla will not put a manufacturing plant in any location where we are not allowed first to sell and service cars.”

Elon Musk-led Tesla can come to India only if the company adheres to the policies of Aatmanirbhar Bharat, Mahendra Nath Pandey, the Union Minister for heavy industries and public enterprises, said on Saturday (June 18).

While addressing The Global Summit of a television channel, Pandey said that under the leadership of Prime Minister Narendra Modi, the government has pushed forward the Aatmanirbhar Bharat policy and has been receiving good responses to it (policy).

Speaking about Tesla’s plan to foray into India, the minister said that the Indian government would not compromise with Tesla’s demands in any way…Tesla, Elon Musk is welcome to India, but only after complying with the country’s policies.

Last year, Elon Musk tweeted that Tesla might set up a manufacturing unit in India if the company gets the government approval to import vehicles into the country.

Nonetheless, a month ago, Musk also tweeted, “Tesla will not put a manufacturing plant in any location where we are not allowed first to sell and service cars.”

For months, Musk has been requesting the Centre to reduce import duties so as to sell his EV vehicles in India. Meanwhile, he is also adamant about not manufacturing Tesla’s auto spare parts in India unless he is permitted to first sell and service its cars in the country.

At present, India levies 100% import duty on fully imported automobiles with CIF (Cost, Insurance and Freight) value over $40K while 60% import duty is levied on cars that CIF is below $40K.

While another report states that the Indian EV market is poised to reach $150 Bn, growing at a compounded annual growth rate (CAGR) of 90% by 2030. Besides this, the EV sales in the country accounted for nearly 1.3% of total automotive sales during CY 20-21.

To shore up the EV market, the Centre formulated a PLI scheme for the automobile sector, which includes the EV sector, with a corpus of INR 25,938 Cr in September last year.

Besides, the Centre also extended the time period of the FAME India Scheme up to 31st March 2024. The scheme commenced in April 2019 with budgetary support of INR 10 Cr.

Meanwhile, state governments are also proactively bolstering the EV markets in their respective provinces. Recently, the Maharashtra Government proclaimed its plans to create an EV-focused fund to support EV startups augment their operations. Previously, the state government launched an EV policy to accelerate EV adoption in the region.

In July 2021, the Delhi Government said that it was planning to fully transition to EVs for government use in the coming 25 years. During that time frame, the state government also unveiled its plan to increase the count of EV charging stations to 500.

Apart from the Centre and state governments, investors are also showing interest in the EV market. In May, EV startup MoEVing secured $5 Mn through debt and equity financing in its seed funding round from a multitude of investors including BeyondTeq, GCC family offices, Strides One, TradeCred, N+1 Capital, and Nitish Mittersain.