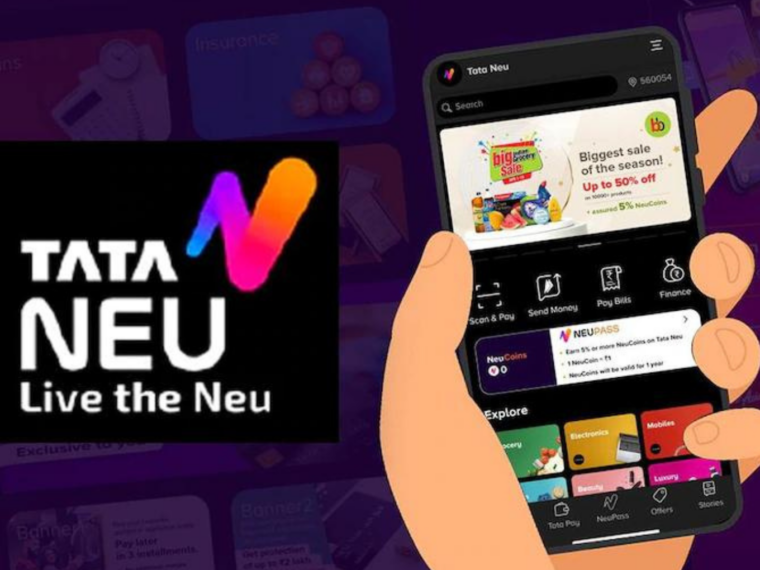 Although the super app was not able to reach the first month target, it is planning to achieve $200 Mn gross sales per month

Tata Neu plans to ramp up aggressively during Diwali

For the first year, it aims to reach gross sales of around $2-$2.5 Bn, ET reported. Although the super app was not able to reach the first month target, it is planning to achieve $200 Mn gross sales per month.

While the Diwali festive season has always been a very crucial time for ecommerce platforms in India, Tata Neu plans to ramp up aggressively during the festive season, ET reported citing a source.

Tata Neu recorded more than 2.2 Mn downloads within a week of its launch, Pratik Pal, Tata Digital CEO, said earlier. The much-awaited super app from Tata Group was launched on April 7. However, it did not receive satisfactory feedback from users initially due to technical glitches and poor shopping experience.

Now, Tata Neu has seen over 11 Mn downloads in April and May across iOS app store and Google’s Play Store, as per App Annie data cited in the report. Ashutosh Sharma, director of Forrester, is of the view that the app should have achieved 40-50 Mn downloads given the market size, albeit 11 Mn is also a good start.

As per a report from brokerage firm JM Financial Institutional Securities, Tata Group is well positioned to take market share away from the competitors through Tata Neu.

However, the report pointed out that the super app is facing two major issues. While the offerings on the platform are neither adjacent nor all-encompassing, they are only limited to Tata Group products which may curb customer choice and price discovery.

Earlier, the group indicated that it plans to onboard brands from other brands soon.

Tata Neu offers a range of services including hotel and flight booking, grocery shopping, electronics and medicines on one platform. It houses brands such as BigBasket, 1mg, Croma, AirAsia, Tata Cliq, Westside, among others