A Pillow That Sings You To Sleep And A Silicon Tray To Keep Tools In Place, Startups Had The Sharks Eating Out Of Their Hands In Shark Tank’s Latest Episodes On Colors Infinity 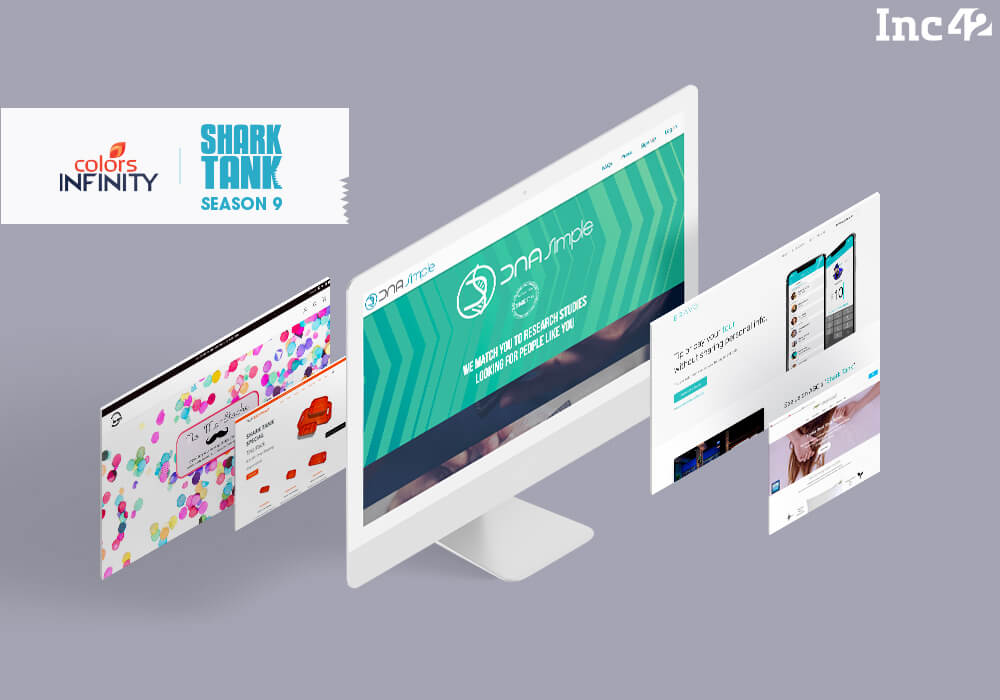 There are big problems that a startup solves and then there are smaller ones — but as significant — that some entrepreneurs take it upon themselves to solve. The last few episodes on Shark Tank Season 9 on Colors Infinity saw startup founders get into the ‘tank’ to pitch for investments in solutions to some such ‘small’ problems — like sleeplessness; removing unwanted facial hair, and tools that roll away while you’re trying to fix something.

The solutions: A patented technology which plays soothing music with vibrations that go straight into your inner ear and induce beauty sleep; a portable hair-removal kit that takes in hypoallergenic waxing strips for facial hair; and a silicon tray that lets you organise your tools and keep them that way.

Well, we’re not sure sleeplessness is a ‘small’ problem considering about 40 Mn people in the US suffer from chronic sleep disorders and another 20 Mn have occasional sleep problems. In India, nearly 93% people are sleep-deprived, according to a study.

And which woman doesn’t know the embarrassment of unwanted facial hair that surreptitiously sprouts just ahead of unplanned weeknights out or when you’re short on time and just can’t make it to the salon.

Inc42, in partnership with Colors Infinity, has been bringing you all the excitement from Shark Tank Season 9. Read on to know more about what the Sharks liked and what they spiked on episodes 8, 9, and 10 of the business reality show.

No Mo-Stache, a startup on Shark Tank Season 9, has the answer to all your unwanted hair woes. The company produces easy-to-use cold wax strips that let you remove unwanted hair anytime, anywhere, and in less than 30 seconds. It has sold products worth around $400k in two years at a good profit margin.

No Mo-Stache founders Jennifer Paschall and Gita Vasseghi were asking for a relatively small amount — $100K for a 25% stake.

As expected, offers flew in for the innovative product. Kevin O’ Leary was the first to come in with a mix of equity and royalty offers. Bethenny Frankel, after testing the product on Mark Cuban’s arm, wanted to offer the amount the founders asked for; she didn’t want royalty but asked for a much higher equity share. She also pointed out that the kit should offer other products as well and the company would need to rebrand under her Skinny Girls range.

What happened next was a savage bidding war between the combined forces of Bethenny and Lori Greiner against Kevin. In the end, No Mo-Stache went with the lady sharks due to the vision they had for the company’s growth.

Startup Dreampad’s USP is pretty straightforward — it doesn’t need a USP, because according to founder Randall Redfield, it’s arguably the best pillow in the market that enables you to sleep in peace.

What’s the secret you ask? It’s Dreampad’s patented technology, which plays soothing music along with vibrations that go straight into your inner ear. You can also choose to play your own music by connecting the device in the pillow to an app on your phone. The Sharks jumped at the opportunity to get a quick power nap on the pillow and everyone seemed to love the product.

What jolted them out of their sleep though was the steep valuation that Randall put forward — an $800k against a 10% stake. Dreampad did not have the sales to back an $8Mn dollar valuation and the retail price seemed to be high as well.

It looked like it was going downhill fast as all the sharks opted out bidding, which is quite ironically a nightmarish valuation. Lori thought that she could sell the pillows but wanted Randall to reassess his equity offer. He came back with a weak counter and there went the last ray of hope.

The Sharks took out their frustration over no deal being made with a five-way pillow fight until Robert Herjavec was down on the floor.

Have you ever walked by a great street performance or were served wonderfully at a restaurant and wanted to tip the server only to realise that you are not carrying cash?

In the digital world, we live in, plastic cards, and mobile wallets have taken over the way we transact, and no one carries much cash these days. Street performers, servers, valet parking guys and others who get by with tips are bearing the brunt of this phenomenon.

Bravo has come to the rescue of these people. Now, with the Bravo app, one can transfer tips just by sheer proximity without exchanging any personal details if both the receiver and sender have the app. The receiver gets the full amount and the tipper pays just 2% additional on the tip value.

Bravo was pitching for $150k against a 5% stake. Kevin, Robert, and Alex Rodriguez felt that this is a business with a lot of competition and requires a huge amount of money to grow. Mark, who was initially sceptical about the thin commission, got interested when he learnt that the other bigger revenue stream is based on the data collected through AI. Lori seemed to agree, and the team offered the cash with 4% advisory shares in the mix.

Tom Burden has worked as an F-16 weapons mechanic in the US Air Force. During his tenure, he found that the most frustrating part of his job was to keep all his tools in one place without them slipping from the surface or just rolling away.

To solve the problem, he took matters into his hands and invented the Grypmat — a silicon tray that does not slide even at an angle of 70° and has got compartments to neatly organise tools.

Grypmat has made $ 400k in sales and has a healthy gross profit margin of 75%. Tom was asking for $200k for a 10% stake. Daymond John and Robert thought that the product could have applications in multiple industries like medical care and the automobile sector and made quick offers.

Sir Richard Branson made an offer for much lower equity while Mark and Lori, like many other times, made a combined offer.

In yet another rare moment, Grypmat had an offer from all the five Sharks. Tom played it smart and picked the investors who could add the most value to his business and made them offer a joint bid.

Sir Branson could introduce Grypmat to Virgin airline’s repair crew and Mark’s expertise in taking care of the backend would add value to his company, so Tom could continue inventing exciting products to diversify. Lori, meanwhile, could leverage alternate channels like QVC and other infomercials to get the direct to consumer sales going.

Grypmat, by far, was the smartest pitch ever on Shark Tank where the founder was not just after the money but after the right Sharks too and got as many of them to take a bite.

DNA Simple’s business idea is, well, simple. The startup collects saliva samples and personal information for various research bodies by recruiting people online, sending them kits and paying them $50 each for doing so.

Oliver Noel, the founder of the company, was pitching for 100k for a 12.5% stake. He pointed out that a major roadblock in research is collecting samples quickly from a diverse group of people in large numbers. He said he’d experienced this first hand while pursuing his Ph.D.

The Sharks were moved by his story of moving to New York from Haiti after the devastating earthquake, doing five jobs while completing his education and research, and thereafter starting a promising company.

Oliver needed the money to increase the user base to a critical mass after which he could cut deals with pharma companies and big research institutes. Sir Richard made the first offer for double the equity offered. This was followed by Mark, who offered double the money but did not want Oliver to solicit more offers. DNA Simple now has a billionaire shark, Mark Cuban, on board to take it through the next phase of hyper-growth.

So, keep watching this space for all that’s coming on the next episodes of Shark Tank Season 9. The action never stops on the business reality show!