Startups In The Future Will Be More About AI: Ratan Tata

Startups In The Future Will Be More About AI: Ratan Tata

Ratan Tata has invested in the likes of Ola Electric, Niki, UrbanClap and others

He also advised startups to focus on stability and maturity 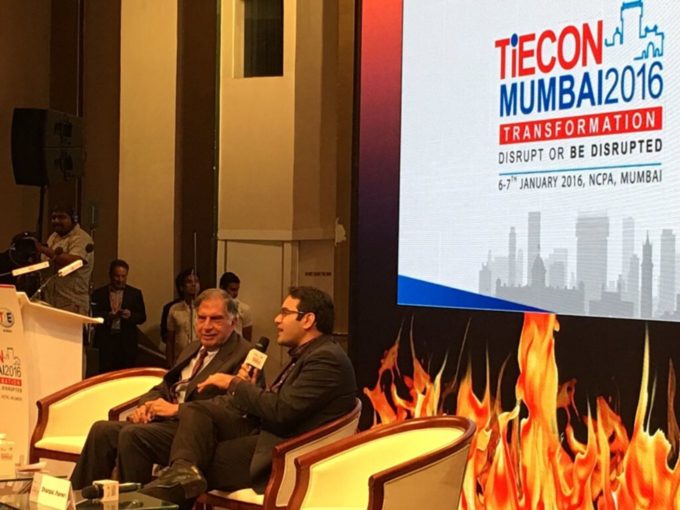 In the past few months, various stakeholders of the startup ecosystem have publicly spoken about the potential of artificial intelligence (AI) and how it will impact the future of the Indian economy. Now, chairman emeritus of Tata Sons, Ratan Tata, has also said that the startup of the future will be more about AI.

Speaking at TiECon Mumbai 2020, Tata said that the leading tech companies have shown the path. “Considering that companies like Amazon and even Google are very [AI] technology-oriented. So I think the startups of the future will be more about AI.”

Tata also advised startups to operate businesses ethically. He said, “When we [Tata] raised money from the international market, we built our case on the stability and maturity of the founders, or the top management.”

“Some startups attract a lot of attention, collect a lot of money and disappear. Those kinds of startups will not get a second chance or third chance as easily as they do overseas, even if you fail.”

Interestingly, Tata is also an investor in AI-based chatbot Niki since the company’s seed round. In 2017, the company raised $2 Mn Series A funding from Tata, SAP and Unilazer Ventures.

At TiECon Mumbai 2020, Ratan Tata also was awarded the lifetime achievement award for his contribution to the Indian startup ecosystem. The award was presented by Infosys cofounder  N.R. Narayana Murthy.

This month, even union minister of commerce and industry, Piyush Goyal, noted that the using AI applications and other emerging technologies in different sectors can help India achieve its goal of becoming a $5 Tn economy by 2024.

“We in the government believe that AI can, in different forms, help us achieve the $5 Tn benchmark, which we have set for over (next) five years,” Goyal had said.

The minister also added that various departments of the government are also working on methods to integrate AI, space technology and other modern tools to push the Indian economic growth. For this, the Indian government also set up an AI task force to fully realise India’s economic growth potential.