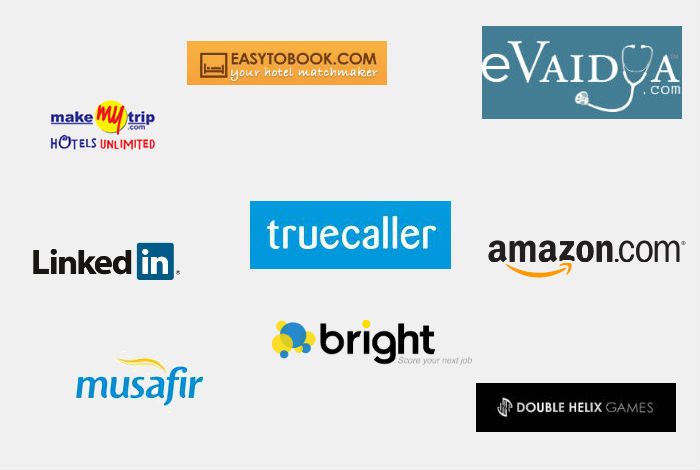 Swedish startup’s phone directory app, Truecaller has officially announced an investment of $18.8 Mn led by Sequoia Capital, which it plans to use to fuel expansion. With the funding, Shailesh Lakhani, Sequoia Capital, has joined the Truecaller board. According to reports, the funding will value 5 year old company at $80 Mn, which is yet to monetize. Truecaller was launched in 2009, but has gained massive hike in user base last year, it had 8 Mn users at the beginning of 2013 and reached 45 Mn as of this month, out of Indian users account for 50%.

Founded by Nami Zarringhalam and Alan Mamedi, Truecaller had initial raised $1.3 Mn in 2012. The app is available on the web, as well as on iOS, Android, Blackberry, Symbian and Windows Phone platforms.

With the funding round, the company has also announced its partnership with Yelp, which will allow Truecaller users to identify local, national, and international businesses, and also view their Yelp rating. Last year, Truecaller had also partnered with Bangalore based Innoz Technologies, to enable users to search for people by texting their phone numbers. Recently, it had also partnered with Twitter, which allows users to find people active on Twitter just by entering their phone numbers in and can even follow twitter users and tweet by using the app.

Hyderabad based e Health Access Pvt Ltd owned eVaidya.com which provides both online and offline healthcare services has raised Rs 3.5 Cr in a recent funding round with participation of new and existing investors. The company plans to use funds for technology development and to enhance the growth.

The company is specialized in providing healthcare solutions through advanced telemedicine technology. Its dedicated 24/7 telemedicine service that includes doctor consultation over the phone and online consultation (video conference, chat or e-mail) provides an interface between patients and doctors / specialists.

As per the website, it has over 40000+ registered Customers and 500+ panel Doctors across India. The company also has plans to launch mobile app for Android, iPhone and Windows Smartphones.

Linkedin has acquired US and Philippines based job matching service Bright for over $120 Mn, the deal is expected to close in the first quarter of 2014, several members of Bright’s team will join LinkedIn, including its engineering and product divisions.

Bright was founded in 2011; it leverages data insights and matching technology to connect prospects and employers. Linkedin has developed products like “Jobs You May Be Interested In” and LinkedIn Recruiter that use the data to match members with the right opportunities and employers with the right prospects at scale. And thus Bright is a great fit. “It’s incredibly talented team takes the same data-driven approach to connecting people and employers, and has built a powerful matching technology that will help accelerate our efforts on multiple fronts,” says Parker Barrile, vice president of product for LinkedIn Talent Solutions.

As per the Bright’s website, there are more than 2.5 Mn jobs indexed on its platform, being searched by 7 Mn people each month. Bright’s users and Hiring Solutions customers will be able to access existing data on its website through February 28.

UAE based travel portal, Musafir.com which has started its operations in India last year has announced Vijay Kesavan as the chief executive officer of its Indian operations. In this new role, Vijay will be responsible for driving Musafir.com’s business strategy which is aimed at capturing the brand’s position among the top 5 Online Travel Agency (OTA) in India. Earlier, Kesavan ran operations for Thomas Cook as senior vice-president and head of online sales and distribution.

Indian cricketer Sachin Tendulkar owns a minority 7.5% stake in Musafir.com. The company claims to offer 3,000 holiday destinations across the world on 270 airlines and international hotel deals across 75,000 hotels globally.

The acquisition is expected to further strengthen the existing travel technology stack of MakeMyTrip.com and to enhance the international hotel room offerings for customers traveling overseas, particularly to Europe which is a key tourist destination for Indians, and vice versa.

Amazon has recently acquired California based video gaming studio Double Helix Games as part of Amazon’s ongoing commitment to build innovative games for customers. The amount has been left undisclosed and its 75 person team will be joining Amazon, but will continue to operate from California.

Double Helix Games was founded in 2007 through the merger of two game development shops, The Collective, Inc. and Shiny Entertainment. Its most popular release as per date is Killer Instinct for Microsoft Corp’s Xbox One and is currently working on Strider, which is likely to be launched on the PS3 this month.

As per reports, Amazon is planning to enter the video game console market, which is dominated by existing consoles such as Sony Corporation’s PS4, Microsoft’s Xbox One and Nintendo’s Wii U. The latest move is expected to strengthen Amazon’s efforts to set foot in the gaming space along-with bringing eminent talent and IP to Amazon.