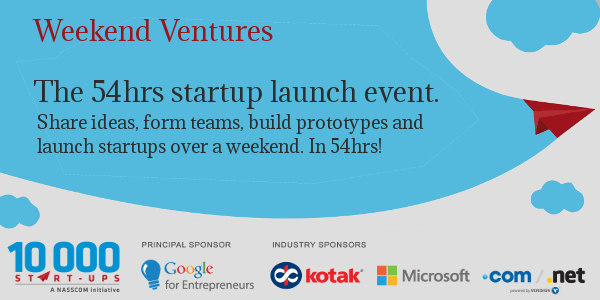 The platform provides the networking, mentoring, resources, and incentives for individuals and teams to go from idea to launch i.e. it provides an environment in which one can test idea and give it a kick-start to launch startup.

During the event the participants will build prototypes & create working startups and will be able to collaborate with like-minded individuals outside of their daily networks.

People looking for a feedback on an idea, mentorship from experts, a co-founder, specific skill sets, or a team to help execute.

Every team formed during the event receives a $100 voucher from Amazon AWS.

The winning team will get direct entry into final round of Inc Labs’ 3 months incubation program, 1 Year of free web hosting from Bigrock, $200 credits from Amazon Web Services.