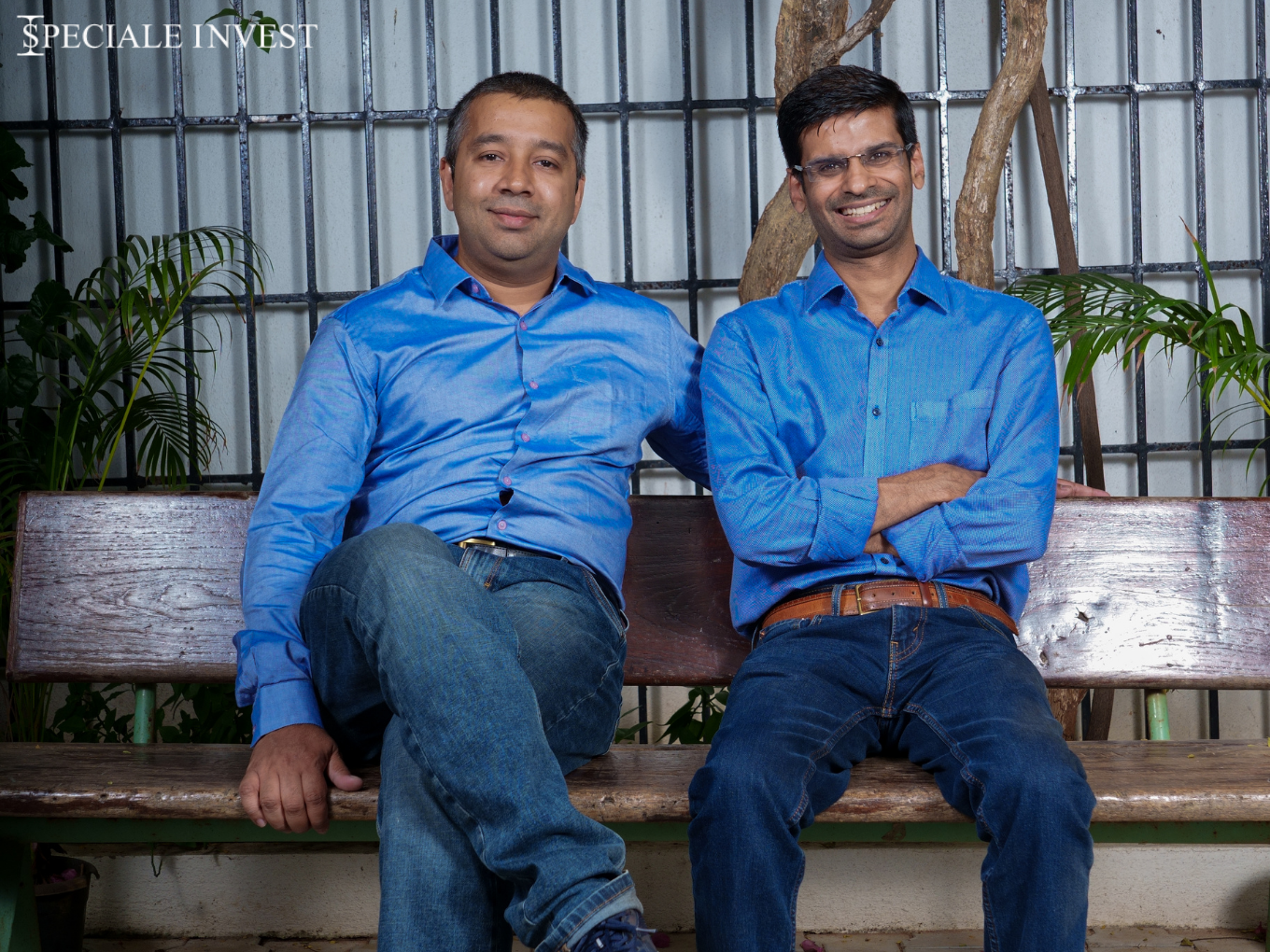 Speciale will invest in around 20 startups across a period of 4-5 years, averaging a ticket size of around $0.5-1 Mn

The Speciale Invest Continuity Fund I was announced in April 2021, with an initial aim of INR 100 Cr as the fund’s corpus

Speciale Invest, a seed-stage Venture Capital investment firm, has announced the final closure of its second fund, the Speciale Invest Continuity Fund I, raising INR 286 Cr for the fund.

Founded in 2017 by Vishesh Rajaram and Arjun Rao, Speciale Invest invests in founders building deep tech or global SaaS startups. Before this fund, the investment firm had invested a total of INR 60 Cr across 18 tech startups in 2018.

The Speciale Invest Continuity Fund I was announced in April 2021, with an initial aim of INR 100 Cr as the fund’s corpus. However, the fund quickly oversubscribed to INR 140 Cr, and currently, Speciale Invest has a total corpus of INR 286 Cr in the SICF I.

Inc42 talked with the fund’s founders Rajaram and Rao before the launch to get more insights on the fund’s aims and Speciale Invest’s achievements.

More On SICF I

The Speciale Invest Continuity Fund I will have a corpus of INR 286 Cr, with an initial aim to target more than 20 startups and provide them with Pre-Seed and seed funding.

Speciale will look at deeptech, dev tools, and global SaaS companies during the funding, and will also look for, in a limited capacity, to invest in the companies it is already a part of.

Noting the average ticket size, Rajaram told us that it will be around $500K or less. The firm will spread the investment across a period of four to five years, averaging 4-6 investments each year.

Adding to that, Rao told us that Speciale is always willing to underwrite a great amount of risk, and given that it is one of the earliest investors, it has rewarding equity holdings to take care of the risk, justifying the size of the investment.

“It’s definitely been an exciting journey,” Rajaram started, calling back to the first-ever fund Speciale Invest did that was worth INR 60 Cr.

He noted how Speciale had started with a target of INR 100-140 Cr, and how the SICF I had been oversubscribed to INR 286 Cr, noting that the same instilled confidence in two things.

He noted that to achieve that, a VC fund has to have a different DNA to go on a journey from zero to one with the startup, to grow as they do. “And clearly, we’ve done a little bit of that in the last four years,” he said.

Rajaram noted that the incentive for doing investments in deep tech and global SaaS has always been there, and it shows in Speciale’s portfolio; it has invested in 12 global SaaS companies to date. Rajaram noted the success stories of ChargeBee and FreshWorks to back his idea.

“We will continue to do pre-seed and seed [funding], which is where our core DNA, Arjun’s DNA, my DNA, all our past side experience fits well,” he concluded.

Speciale’s DNA lies in the pre-seed and seed funding rounds, and with the SICF I, it will continue to do so.

Investing In The Future

Talking about the previous fund’s performance, Rajaram told us that the first fund was a great success for Speciale, with the investment firm investing in 18 startups to date.

Speaking on the subsequent investments these startups might have raised, he added, “I would conservatively say about five times [the initial investment].”

Therefore, Speciale has invested in startups that have gone on to become breakouts in their fields. Rajaram told us that some of the largest startups that they had invested in were Agnikul The ePlane Company, and GalaxEye Space, among others. Along with these startups, there is Qnu Labs, India’s first quantum security investment firm.

While Speciale had invested in 18 startups back during the first fund up until April 2021, it has since then made exits from three of those startups. When asked why the VC investment firm has made so many exits, Rajaram told us that it is very case-specific.

“In fact, all our three exits have been strategic acquisitions,” he added, saying that these acquisitions were made because the startups were clearly ahead of the market and the market would have taken a long time to catch up.

However, Speciale has enjoyed good returns on its investments.

“We made anywhere between one and a half and three times on all these exits, but they’ve been very quick,” Rajaram noted. While he said that, he also threw caution to the wind; he noted that the investment firm did not stick around for very long for the RoI here to be an appropriate measure and that it is a misleadingly large number.

Talking about what Speciale Invest looks for when they are investing, Arjun Rao, the cofounder, noted that there are a couple of things that become very important while selecting startups.

Usually, Speciale is the first institutional investor in these startups, and since it is the first one, the onus lies on its team to figure out who to invest in.

Rao told us that the team spends a fair bit of time with founders, understanding the technology and the innovation from first principles so that they can develop enough confidence in the idea of the startup in question, that it can “go out and disrupt the market it is working in,” he added.

Other aspects, which include the technology being developed, its use cases, and their applicability, along with the market research and who the startup’s customer will be, are also important to Speciale while doing the due diligence before investing in such startups.

“We’re not looking for precise answers, but we are looking for understanding and learning and the ability to explore these in an iterative fashion,” Rao summed it up.

Rajaram added to this, saying that Speciale gives very, very high marks to differentiation. “And in very early stages, differentiation comes from just thinking, vision and execution,” he said, noting that the products market fit, founders’ ability, and the relevancy for the problem they’re solving becomes very important for Speciale.

“On the deep tech side, particularly focusing time on, you know, on advanced materials, metals, to seeing, you know, how you could make better motors.”

Rajaram also said that the investment firm has been focusing on startups that are mass producing green hydrogen, and developing alternate motors and electric vehicles.

“We’ve also been focusing on synthetic biology and microbes just say there are ways to sort of produce food or other material from algae and other forms other than traditional manufacturing,” he added.

Rao noted that the investment firm has already done a fair bit in horizontal SaaS and according to him, that is a very big opportunity, which is usually tools for sales teams, marketing teams, ops, teams, and customer success teams.

“So find specific use cases and build specific products that make people more efficient, add more value, save time, save money, a combination of those things,” he said.

Rao said that technologies including voice to text, NLP, AI, machine learning, and so on have been prevalent in the tools that these startups have developed.

Speaking on general market trends, Rao said that while they have worked a lot on horizontal SaaS, Speciale’s focus now is to look at infrastructure and dev tools.

“Anything that makes basically developers more efficient, starts becoming a very, very attractive market, generally, because of the dollars that are involved. And, and we have enough of a talent pool today in the country to solve these problems at scale,” he reasoned.

The investment firm will also look to invest in startups working in vertical SaaS. He said that while there is an immense opportunity in vertical SaaS, it might take some time, as according to Rao, one needs to understand the vertical they are operating in, and the entrepreneur has to come up with the depth to solve those problems.

According to an Inc42 report, during the first quarter of 2022, seed funding deals have recorded a 368% jump over the past year, recording an investment of $890 Mn in the process. Therefore, there is a great appetite for investing in the early stages of startups, and Speciale is representing the same with its latest fund.

According to the Speciale Invest team, Speciale Invest Continuity Fund I, or SICF I is the legal name of the latest fund, and the same has been changed to reflect in the original story.