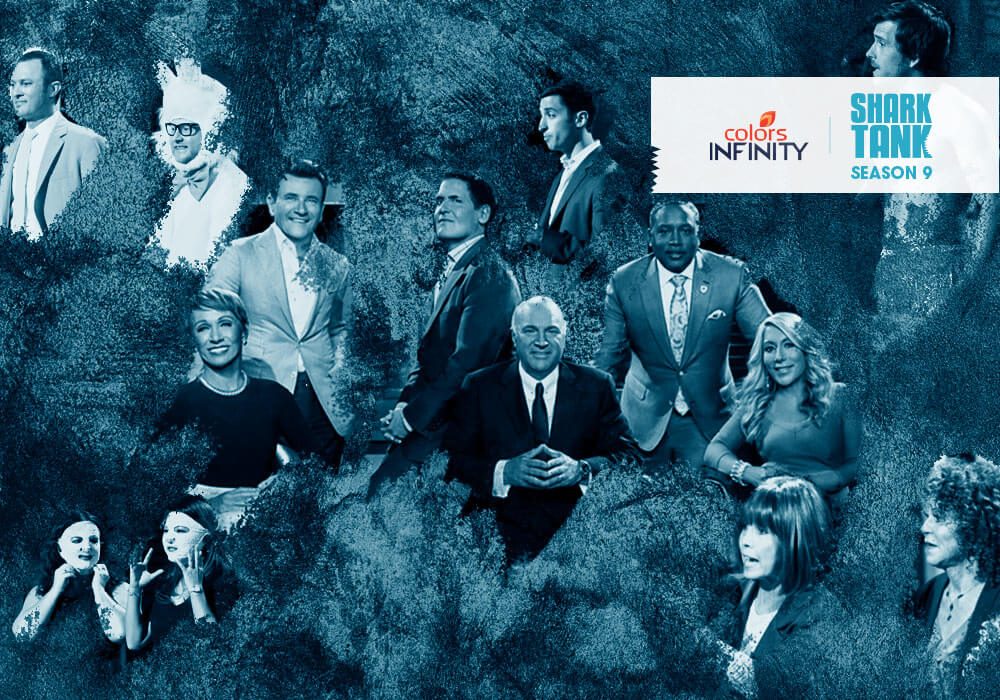 Season 9 of multi-Emmy Award-winning business reality show Shark Tank rolled to a close recently. Although it’s a business show, it is also about the dreams of entrepreneurs who pitch to the Sharks — a chance to make it big or go home. And there is no emotion the Tank hasn’t seen — from founders’ hopes being dashed when their products are dissed by the Sharks to their eyes lighting up when the Sharks make an offer, and they get their most-wanted investors as partners, to even emotions like anger, and tears.

The final episodes — 23 and 24 — too were a rollercoaster ride. The startups that stood out in these episodes were entrepreneur sisters trying hard to keep up their father’s legacy with a sealing tape. And, a company revolutionising the mask for facial hydration and beauty.

We, at Inc42, have been bringing you the highlights of Shark Tank Season 9, which was aired on Colors Infinity. The popular show featured celebrity guest Sharks such as Virgin Group founder Sir Richard Branson, Rohan Oza, Lori Greiner, Mark Cuban, TV personality Bethenny Frankel, Barbara Corcoran, and more. Here’s the lowdown on the last episodes of this season:

Sisters Katherine Saltzberg and Lauri Frazer were present on Shark Tank Season 9, pitching for $50k for a whopping 50% stake. Their product was a simple sealing tape, but without the mess of an adhesive and the stickiness that comes with other tapes; also unlike most tapes, this tape was reusable. Created by their father Hugo, the sisters were doing their all to keep his dream alive.

The pitch the entrepreneur sisters made in the Tank was energetic, theatrical (no surprises here — one of them was an actor) and one of the most entertaining ever on Shark Tank Season 9.

After checking the samples, Kevin O’Leary was the first to opt out as he did not see this as a real business. Robert Herjavec was next even though he said it was the ‘perfect story’ for Barbara. With all eyes turning towards Barbara, she too opted out and even urged the sisters to get out of the business as none of them were really in it all the way. Next were Lori and Mark who, in a surprise twist, offered to buy the entire company for $100k!

The sisters stood there in utter disbelief and, after a moment of discussion, agreed to take their offer. For them, it meant they could keep up their father’s legacy, which was what mattered most; they felt Lori and Mark would be sure to nail it. The sisters went out emotional. Mark, meanwhile, put on a show of sealing O’Leary’s mouth with the amazing tape! Digital times or not, loose change is something people can’t live without. But they can’t live with it either as carrying coins in one’s wallet is, as we know, a literal pain. Jeff Witten was seeking to solve this problem with his startup — Coin Out. The startup helps you store the leftover change from retailers in a wallet. He was pitching for $250k for 7.5%

Mr Wonderful, Kevin, jumped on Jeff saying he would get crushed in the market with the idea. After a lot of back and forth between Kevin and Jeff, it was time for the Sharks to make an offer or not.

Mark and Lori opted out. Next was Barbara, who made the offer but with a contingency clause which Jeff was not willing to go with — he started explaining why, but that was enough for Barbara to change her mind and opt out. Next up was Mr Wonderful, who, to everyone’s surprise, after criticising the product, offered the money Jeff wanted but for a 25% stake. It was up to Robert now, who made the offer for a 15% stake with a fair contingency. After a couple of rounds of negotiations, Jeff took the deal, but with a clause that Kevin would not use the product. Mr Wonderful did tickle some not-so-funny bones in this pitch, right? 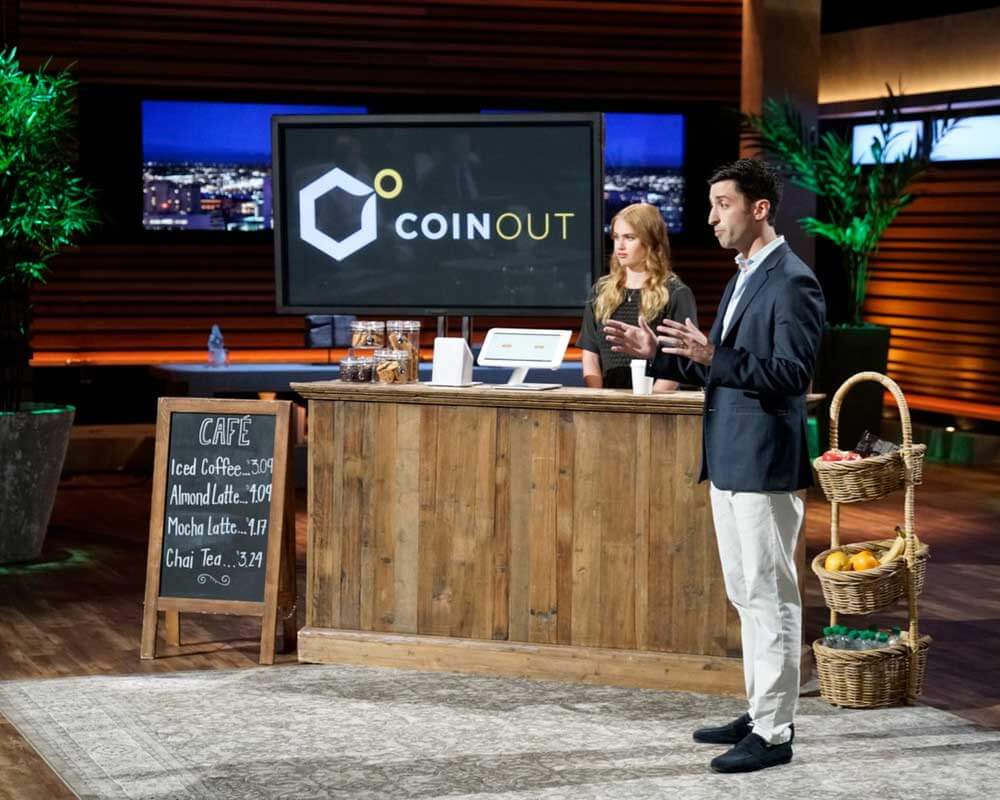 There have been some moments on Shark Tank when, for a while, you forget what the startup in question is doing, because the enthusiasm and energy of the entrepreneurs drown out everything else. The same was the case with Uki Deana, the founder behind the startup — Bermies. He was present on Shark Tank Season 9 pitching for a $200k at a 20% stake. Uki Deana had left his corporate job and poured all his savings into Bermies to build a line of swimwear.

According to the founder, his was the best swimwear at the price point — $40.99 — in terms of quality, design, and comfort. Uki was a great presenter and an amazing salesman who had a contagious energy about him.

But, as the presentation went on, the Sharks started finding that his ideas were scattered. He did not have a proper business plan, seemed to spend money recklessly, which he called a “lifestyle”, had an unimpressive online strategy. In short, it seemed like a typical case of much talk for little substance.

What seemed like a fun pitch slowly started going down with the Sharks opting out one after the other. But optimism goes a long way in defining success and Uki’s never-say-die attitude after coming out of the tank seemed to exemplify just that! 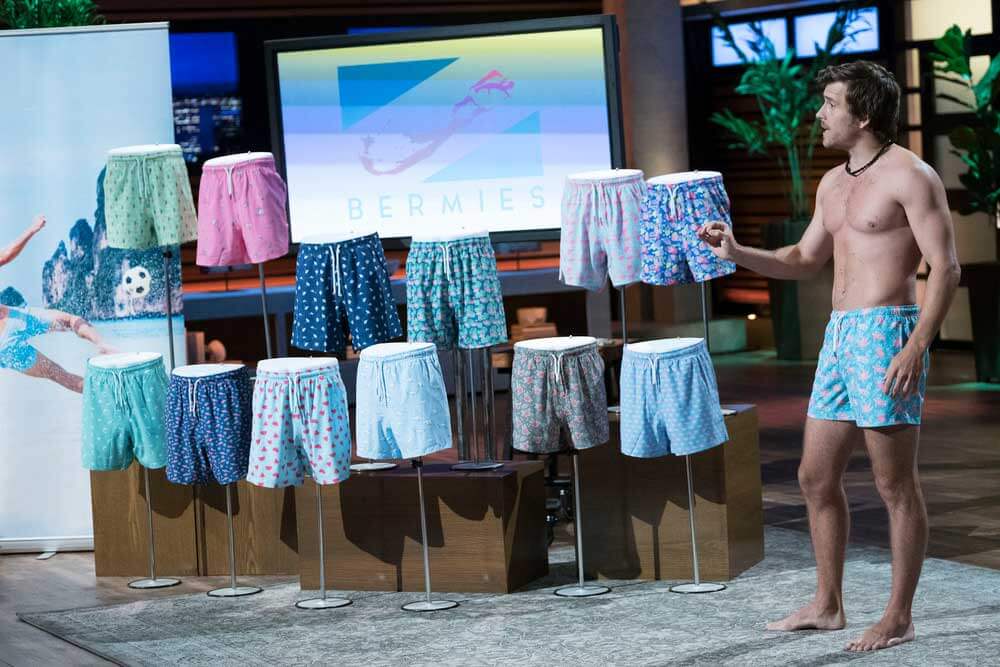 Having a flawless skin comes with its own set of dos and don’ts, and face masks are usually a ‘do’ — only they require oodles of patience. Sit still when it starts drying or you are likely to get wrinkles, they say. Replace that with a hydrating mask and you have to immediately start bothering about it slipping off, again forcing you into stillness.

There might be a solution to this with Lace Your Face, a startup founded by Mariella Scott and Anita Sun Eisenberg, who has revolutionised the mask which now sits perfectly glued to your face, letting you run through your other tasks while it does its work. They were pitching for $350 for a 10% stake. The Sharks tried it on and looked all kinds of Halloween kids.

All of them opted out, leaving the founders a deal only from Bethenny Frankel, but the equity she asked for was a steep 30%. As everyone was waiting to see whether the founders take the deal or leave it, they dropped a bomb saying that they had an order for a million units! That completely and swiftly changed the game. When Bethenny started a countdown from 10, putting the founders under pressure to decide, they asked her if she would seal the deal at 15%, to which she said no. But here was a sneaky Lori jumping on the full length of the rope and sweeping the deal right from under Bethenny. Nicely done, right? Or as Daymond John put it, Lori was like the hyena on a wounded antelope! 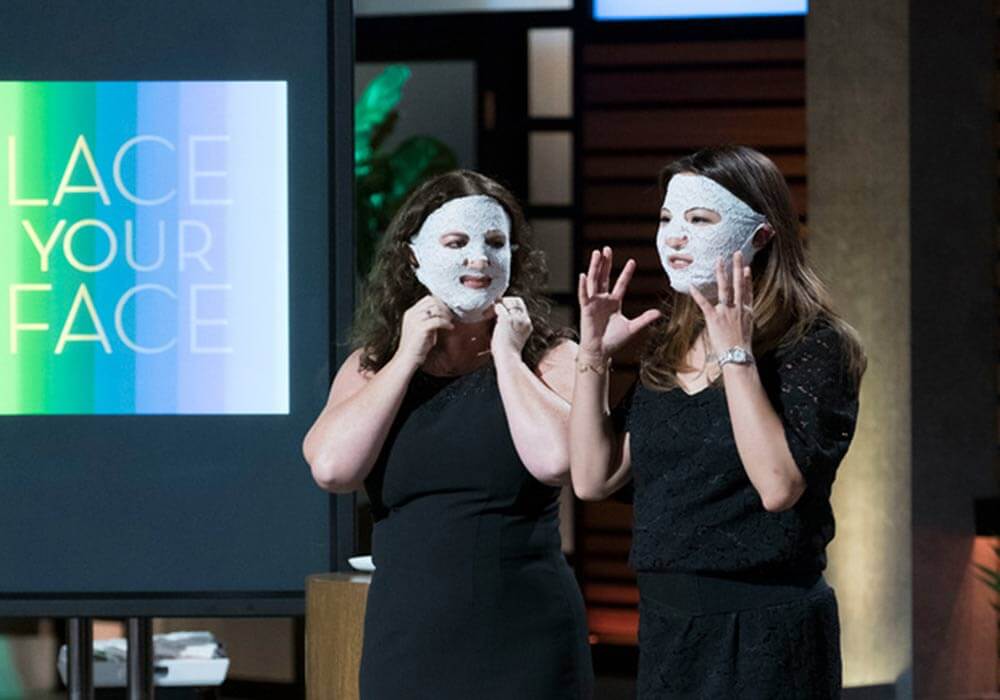 With that, it is a wrap on Season 9 of Shark Tank on Colors Infinity! But the world of the Sharks and which stakes they love to bite is filled with more surprises to come in the next season.