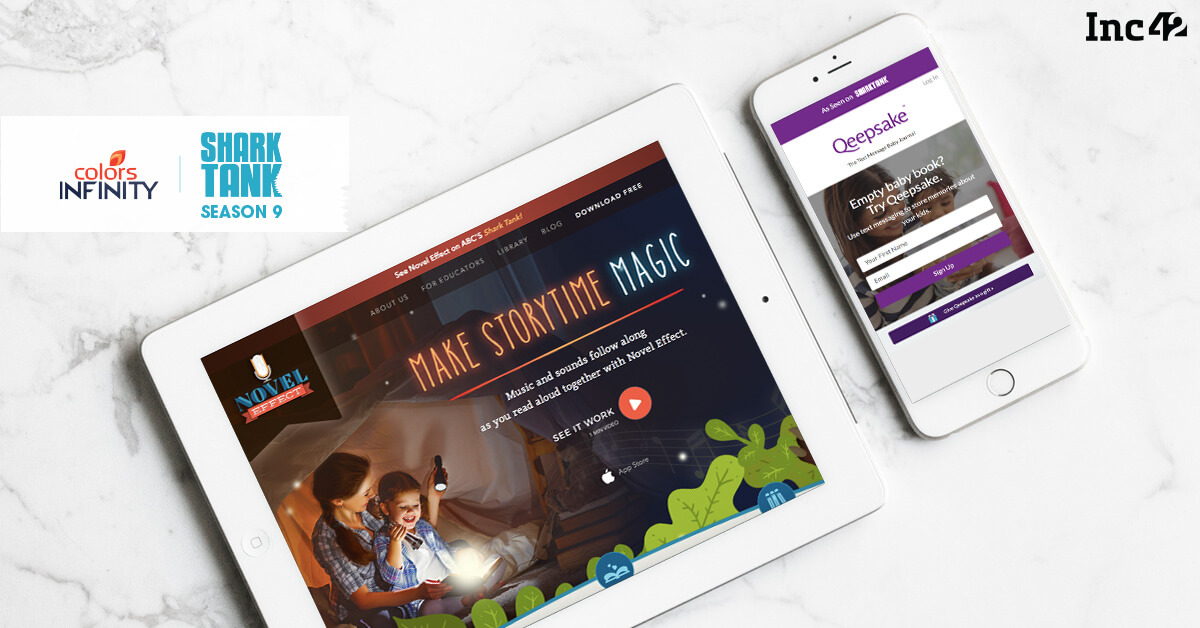 Startup — the word just doesn’t seem to lose its buzz despite intermittent reports that the boom is fizzling out and that investors are losing interest in startups. Startups continue to make news all the time and also continue to fuel the dream of entrepreneurship — in India, in Silicon Valley, and across the world.

They’ve even taken the showbiz world by storm as is evident from the popularity of Shark Tank — the business reality series where startup founders get a chance to pitch their ideas to renowned Sharks (investors) and convince them to invest in their businesses.

Shark Tank Season 9, which is being aired on Colors Infinity, has been creating waves on Indian TV. Inc42, in partnership with Colors Infinity, has been bringing you all the updates from Season 9. The show never ceases to amaze with its display of passion, ideas, excitement, and even tears. A few episodes ago, it had entrepreneurs serving up Hummus for Dessert and more.

In this latest post, we bring you the action from Shark Tank Season 9’s episodes 6 and 7. While some ideas pitched to the Sharks set off their radar and other missed it, they all had one thing in common — an all-out effort to charm the Sharks as best they could to get the moolah rolling!

Keeping kids entertained is a full-time job. Ask any parent. Looking to make this job easier is Novel Effect, a startup that’s leveraging technology to up the art of good old storytelling. Now anybody can become an expert storyteller AKA the favourite parent, by using Novel Effect’s app. The app helps create music, sound effects, and even generate character voices related to the book that you are reading to your little one.

Novel Effect, which already has content for over 75 books and a decent subscriber base was founded by a couple named Matt and Melissa Hammersley. The founders, who were looking for $500k for a 10% stake told the Sharks that they have put all they could into their business. They sold their house for seed capital and even moved cities to be closer to their most important corporate customer — Amazon.

Shark Mark Cuban was sceptical about the business and even the idea of licensing the platform to other content creators did not resonate with him. Sara Blakely and Lori Greiner tried to make a combined bid but, in the end, Lori scooped up the deal all by herself by offering the money at an attractive equity. 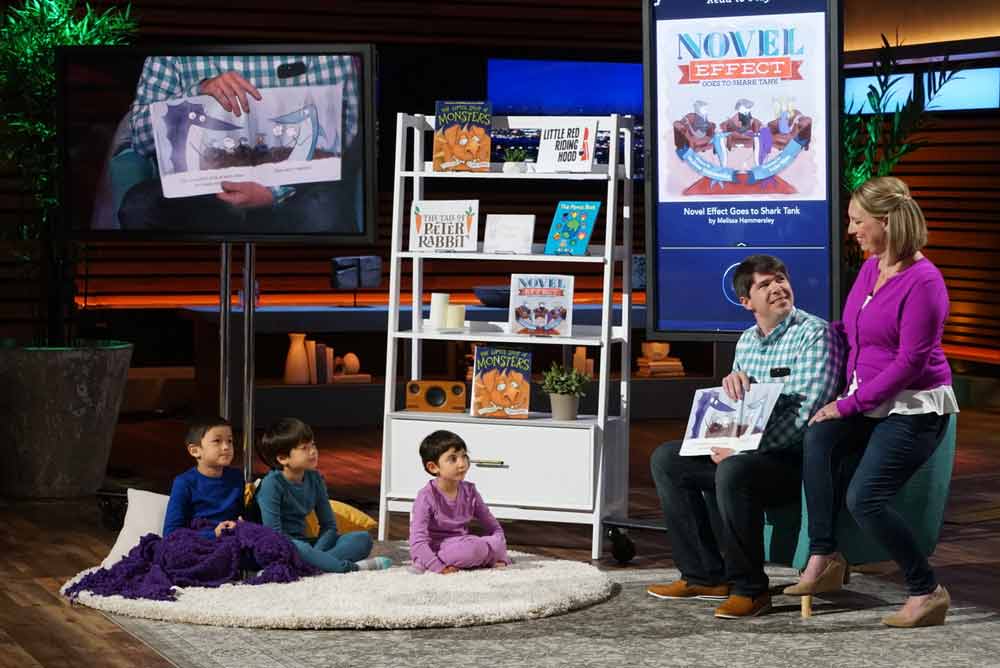 No parent can have enough of capturing their newborn’s moments. From the garbled noises they make to every gesture they pick up, how they cock their head while sleeping, when they take the first steps — each moment is special! But often, these moments slip by in the busy lives we all lead.

Jeff Macneil, who is a father of five children, knows all about the pain of finding the time and energy to maintain a book for each of his young ones. So, he came up with Qeepsake, an innovative text-based service that lets you send updates on the important and adorable events in the upbringing of your child, and makes an online scrapbook out of it. Yes, remember the scrapbook days at the year-end in school?

Qeepsake’s paid subscription model has gained some traction in a short period of time. He pitched for $350k for a 10% stake. Lori, Mark, and Barbara Corcoran opted out of the race and Kevin made an offer for a much higher equity. Chris made a similar offer, but Jeff was not sure if he wanted to take that kind of equity, valuing his startup much lower than he expected. In a rare instance on Shark Tank, the founder respectfully declined both the offers and walked away.

Who wants to clean hair out of the shower drain? No one. And it can even become a major bone of contention in a household there are five young women with long hair, as another couple, Jennifer and Gifford Briggs told the Sharks.

While looking to solve this personal problem, the Briggs devised Drainwig, a wig that can be guided down the drain to prevent hair from clogging the pipes. After a few months, one just has to lift the wig out and throw it in the bin without ever having to touch it. Yes, it’s that simple.

The Briggs said they were stuck in a bad deal with an infomercial startup that had taken away most of the profits from their amazing sales of more than $14Mn. The good news was that their contract was about to end. They said it was up to the Sharks now to guide the startup in the right direction and get Drainwig back in the hands of the founders. They were at Shark Tank for $300k against a 5% stake.

Kevin O’Leary claimed to be the big bad wolf who could deal with the nasty business of getting the deal renegotiated and offered the money at four times the equity offered. Lori and Daymond John made similar offers but Kevin jumped on the counter by Gifford and sealed the deal happily. 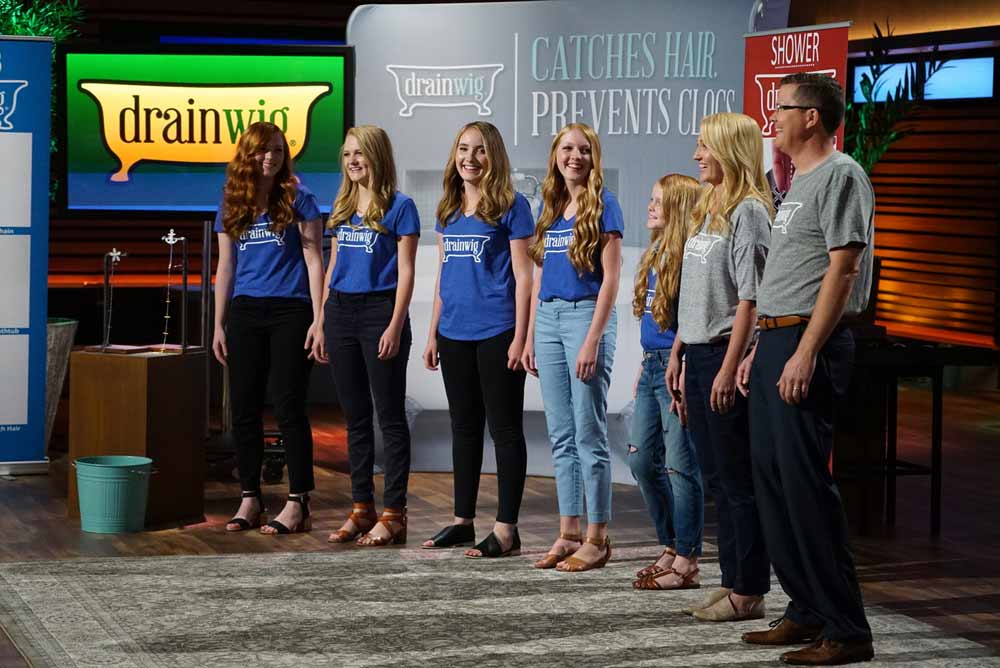 To say that WaiveCar is in a difficult market would be an understatement. The company’s revenue model is advertising and the carrier is a car. Add to this is the fact that this space has been disrupted by behemoths like Facebook and Uber in their respective sectors.

WaiveCar lets you drive around in one of their vehicles free for the first hour and at a nominal fee from there on. The car has a dynamic advertising screen fixed on top which displays ads on the basis of real-time inputs on the location, time of the day, etc. Zoli Honig and Issac Deutsch need money to buy more cars and reach a critical mass where they can start generating profits and that’s what made them participate in Shark Tank’s season 9, pitching for a $500k investment at a 2% stake.

Mark Cuban, Lori Greiner, and Chris Sacca bowed out citing it to be a difficult sector and one laced with heavy competition. Kevin O’Leary made yet another complex loan offer combined with free equity and unused advertisement space. Lori offered a clean deal but asked for five times more equity than originally offered. After a round of what looked like a never-ending haggle, Waive Car accepted Kevin’s revised offer.

Just when you’ve put that remote down thinking that was quite some drama, new startups and their ideas make you gape some more. Stay tuned to Inc42 for everything that lies ahead in the Tank and keep watching how the Sharks bite what they bite best!