SoftBank Is Examining Its Position In Flipkart After Walmart Deal 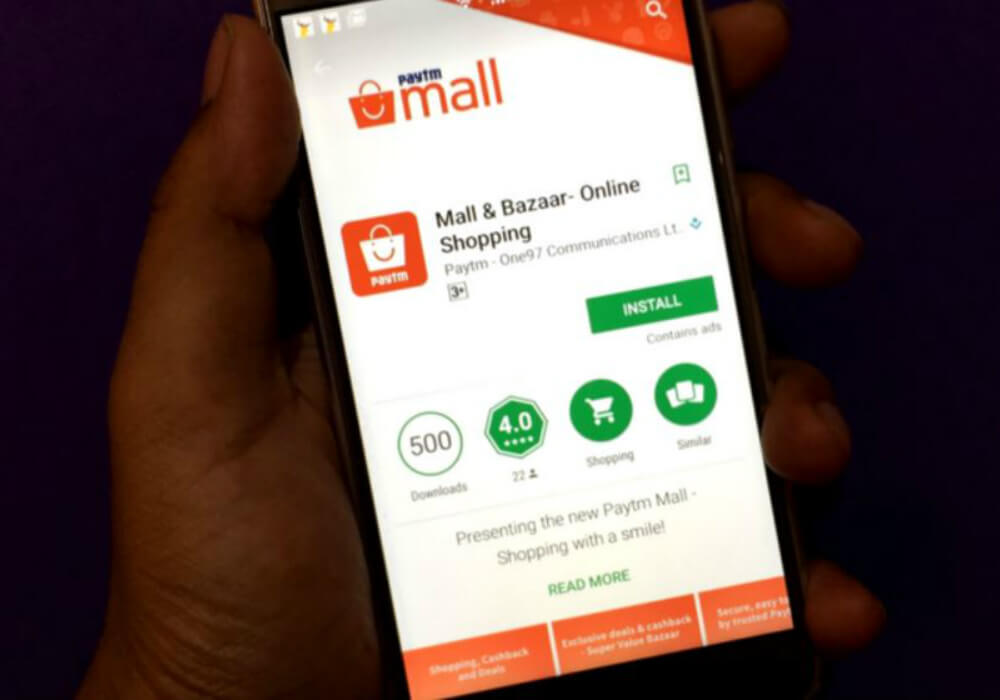 Even as Japanese conglomerate SoftBank remains unsure about its Flipkart strategy — it hasn’t yet decided whether to stay or to exit — it’s exploring other ways of retaining a foothold in Indian ecommerce and is reportedly considering an investment in Paytm Mall.

An ET report cited people familiar with the development as saying that SoftBank has held an initial round of discussions to invest as much as $3 Bn in Paytm Mall. However, in line with the recent Walmart-Flipkart deal agreement, SoftBank can go ahead with the investment only after it exits from Flipkart. A clause in the agreement restricts SoftBank from investing more than $500 Mn in Paytm Mall until 2020.

Even though the talks for the investment are still at a very nascent stage, the report presented some scepticism that the investment might not go through.

An email query sent to Paytm Mall and SoftBank didn’t elicit any response till the time of publication.

After SoftBank’s failed bet on Snapdeal’s merger with Flipkart, it invested $2.5 Bn in Flipkart in August 2017.  Recently, global retail giant Walmart bought a 77% stake in Flipkart for $16 Bn.

The Walmart-Flipkart deal has put Softbank in a tight spot as a stake sale by the Japanese investor will attract not only a huge tax burden for it but also virtually mark its exit from the Indian ecommerce market.

While SoftBank is reportedly discussing its position in the Walmart-acquired Flipkart, it is also examining its other bets in the space.

With the entry of Walmart, Indian ecommerce is now ready to witness a war as rival Amazon India is also gearing up its war chest to gain a dominant position against Walmart-Flipkart.

During the period April-December 2017, SoftBank had invested over $5 Bn (almost equivalent to Amazon’s five-year investment target in India) to acquire significant stakes in some companies of reckoning in the Indian consumer Internet segment. These include an investment of  $1.4 Bn in One97 Communication Ltd. (Paytm’s parent company), $2.5 Bn in Flipkart, $250 Mn in OYO, and $1.1 Bn in Ola.

Chinese ecommerce giant Alibaba has already placed its bets on Paytm Mall and is sticking to that. Recently, SoftBank, along with Alibaba, poured in $445 Mn into Paytm Mall, thereby announcing it a unicorn officially with a valuation of nearly $1.6 Bn-$2 Bn.

Paytm Mall: Holding On Tight To The Third Spot

Distinguishing itself from Paytm, Paytm Mall started operating as a consumer shopping app in February 2017. Later, in March 2017, Alibaba invested over $200 Mn in the company.

Around the same time, it was reported that Paytm Mall was looking to pour over $35 Mn into its logistics network in a bid to bolster the core technology and infrastructure of the ecommerce platform.

Later, in December 2017, it was reported that Paytm was planning to invest around $2.5 Bn in its ecommerce arm within the next three to five years.

As far as numbers are concerned, at the time of its launch, the ecommerce platform had over 140K sellers. As per the company website, it currently has over 10 Cr customers, 500 categories, and has already reached 39K pin codes in India.

In the past few months, Paytm Mall has brought in several new initiatives to expand its reach and customer base. It has also launched a new model of retail which enables customers to walk into brick-and-mortar stores, scan product QR codes, browse information, and make purchases via the Paytm Mall app.

Paytm Mall partnered with fashion and lifestyle brand Red Tape to expand its reach to more than 50 Red Tape stores across the country by the end of 2018. The aim, according to an official statement, was to clock business worth $78 Mn (INR 500 Cr) by year-end.

The company has been reported to be chalking out its roadmap for better integration with online grocery startup BigBasket and logistics startup XpressBees as they continue to build their respective ecosystems in the country.

The company claims that it will close FY18 at a GMV run rate of $3 Bn, with a target of reaching a $10 Bn run rate by the end of FY19. The company plans to benefit from high-GMV products like laptops and smartphones, high-repeat purchases like groceries and FMCG, and impulse-driven purchases like fashion.

Indian ecommerce is currently a market worth $200 Bn and as SoftBank mulls over its future relationship with Flipkart, the speculated investment in Paytm Mall looks to be the next bet it can take to continue having a presence in Indian ecommerce.