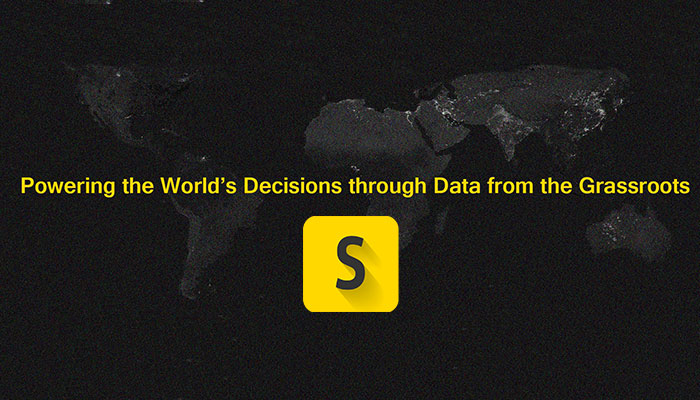 SocialCops aims to power decision making through better data sourced from the grassroots to solve problems facing humanity. It works in the public infrastructure, public health & education spaces with partners such as the Government of Karnataka, Digital Empowerment Foundation and Hindustan Unilever.

“SocialCops is taking big data in a direction that very few companies have been able to do: providing data and insights that can help solve real problems for most of the planet”, says Pankaj Jain, Venture Partner at 500 Startups.

“The census in many developing countries occurs only once in 10 years and often the data is outdated before it can be used. We want to power even the census on a real-time basis by leveraging our nonprofit partners who reach the remotest parts of the world,” says Varun Banka, co-founder of SocialCops.

The startup gets revenues via corporates & funding agencies through their marketing & CSR budgets. A few of its clients include Unilever and Michelin.

In the past 8 months, they have already put mobiles to work on various intractable issues in India such as getting citizens to rate cleanliness on streets all the way to creating public worker reward systems. They have even tracked patient misconceptions regarding cervical cancer & adherence to medication in pregnant women to aid resource allocation in healthcare.

With the increasing shift towards data based intervention in journalism & policy – there is a need for data sources that can collect data from the ground up.  “The magic starts when we begin to layer data – when a crime, dark streets & police patrolling routes are mashed to identify better solutions.” says Anurag Banerjee, GM, Asia Pacific, MobileWalla who also sits on the Board of the Startup.