“Social Media Data Misuse, Even By Facebook, Not To Be Tolerated,” Ravi Shankar Prasad

“Social Media Data Misuse, Even By Facebook, Not To Be Tolerated,” Ravi Shankar Prasad 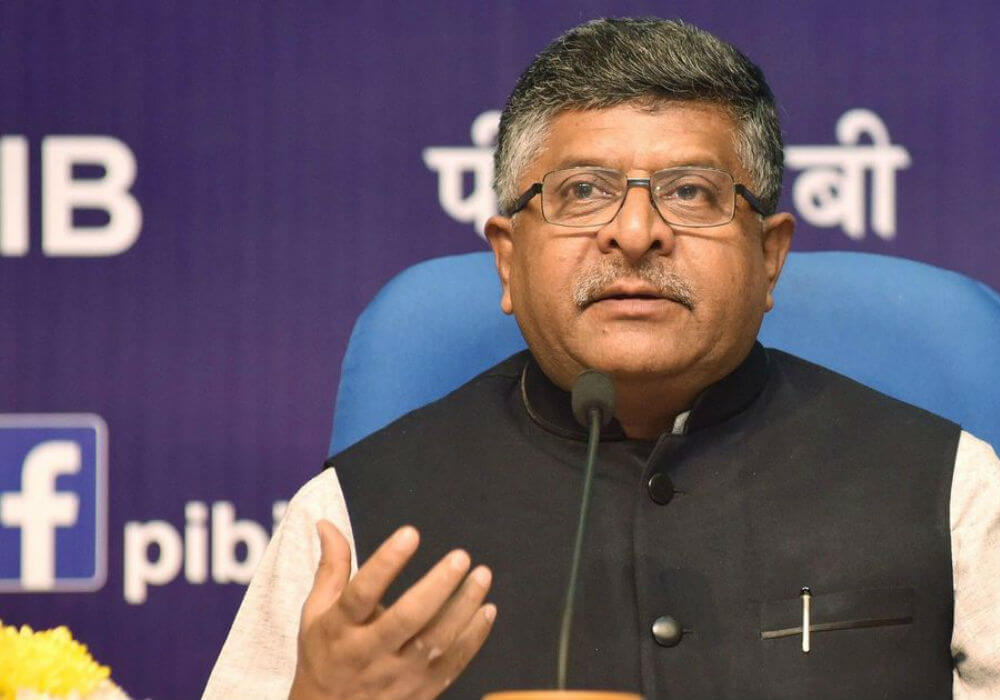 Facebook seems to have opened the Pandora’s Box. In the midst of a boiling controversy over social media data misuse, Indian Information Technology Minister Ravi Shankar Prasad has issued a warning against any abuse of social media in elections in India.

The warning came in the wake of reports that a British consultancy improperly accessed information of millions of Facebook users to target US voters.

The social media giant is grappling with the Cambridge Analytica data scandal and the hard knocks hardly seem to be over. Its former executives are voicing against Facebook.

Brian Acton, the co-founder of WhatsApp, tweeted to his followers to delete Facebook a few days back.

India’s general elections are due in 2019. There are already several states electing new assemblies this year. Prasad has told reporters, “Abuse of social media including Facebook cannot be allowed to impact the fairness of elections.”

Denouncing such misuse of data of millions of users, the Minister vehemently proclaimed, “In the wake of recent data theft from Facebook, let my stern warning be heard across the Atlantic, far away in California. Any covert or overt attempt to misuse social media including Facebook to influence India’s electoral process through undesirable means will neither be tolerated nor be permitted.”

Cambridge Analytica has denied media accusations and said it deleted the data after learning the information did not adhere to data protection rules.

The social media giant came under fire recently when the data of over 50 Mn Facebook users was leaked. It all started in 2014, when an academic of Russian origin Aleksandr Kogan, created a Facebook app which paid thousands of users to take a psychological test.

Then Kogan sold the data to a company called Cambridge Analytica, a privately held company that combines data mining, data brokerage, and data analysis with strategic communication for the electoral process.

Much later, in 2016, Facebook came in crosshairs again after the US Presidential elections.

Post the election, Facebook got embroiled in accusations that it helped spread misinformation and fake news stories that influenced how the American electorate voted.

Facebook has said it has worked on its control systems since it discovered the alleged abuses by Cambridge Analytica in 2015, but the issue has continued to rock the companies involved as well as some political parties across the world.

Recently, Facebook CEO Mark Zuckerberg has been giving interviews to several news organisations, including Recode, in an attempt to mitigate the growing controversy about the misuse of user data by a third-party developer, Cambridge Analytica.

In the interview, he admitted the social networking giant may have made mistakes in opening up its network so much a decade ago that it led to the recent problems. Zuckerberg said that fixing those issues will now cost the company “many millions” of dollars.

“I think we let the community down, and I feel really bad and I’m sorry about that,” he is quoted saying.

How This Is Relevant In India

With over 460 Mn Internet users, India is the second largest online market, ranked only behind China. By 2021, there will be about 635.8 Mn Internet users in India. Not just this fact, but Indian politicians are also prominently present on social media. Indian Prime Minister Narendra Modi is the second most followed leader in the world. Opposition leaders such as Congress president Rahul Gandhi is handpicking party workers for social media or digital campaigns.

Ever since Facebook’s scandal has seen the daylight, privacy advocates in India are now demanding stronger data privacy laws in the country. This comes at a time when the Indian government’s Aadhaar programme has been garnering widespread attention due to its suspected vulnerability, which has left the system susceptible to countless data breaches and attacks.

Interestingly, in September 2017, reports had surfaced that a major Indian opposition party was looking to join hands with Cambridge Analytica for reaching a larger section of the country’s voting population in the upcoming 2019 general elections.

As per the digital publication, Moneycontrol, the data mining company made a presentation to the party in question a month prior to that, wherein it showcased a data-driven strategy based on voters’ behaviour on social media.

Therefore, the warning issued by Ravi Shankar Prasad may well serve as a reminder that India must remain vigilant in the course of its upcoming general elections. This warning from the Minister serves for both social media giants like Facebook as well as to all nuisance who are preparing to indulge in malpractices such as social media data misuse ahead of the elections.