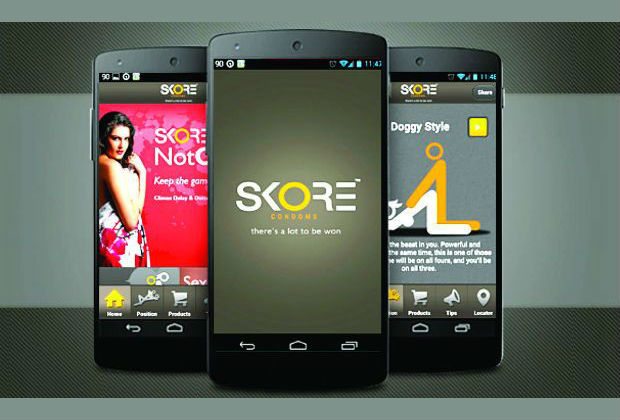 Though India is the land of the ‘Kamasutra‘ but still there is a certain taboo attached to matters related to sex and we are
straight laced about it.

Skore, an Indian condom brand has recently launched its very own App namely Skore, which will help the people locate medical store in their vicinity, where they can purchase contraceptives, in case of emergencies. Not only this but the app will also help shy ones to make a purchase right away from the mobile store.

The app contains a database of all the varieties of condoms they offer, along with a detailed explanation of how they could be helpful in the user’s particular situation. Chocolate, Strawberry,Banana and Orange are some of the variants on offer.


Another section of the app contains interesting tips and facts about the sexual domain.  The app also has collection of over 100 positions, which might one like to try out.

The store locator feature of the app is functional only for Mumbai currently, but the company is planning on expand its reach to other cities soon. But duhh, it will only be useful for finding stores that stock Skore brand.

Apart from locating the nearest outlet where one can purchase a pack of Skore condoms, the app also allows users to make a purchase right from phone by browsing the Skore mobile store. 😉

The user Interface is really sleek and smooth with the content being really top notch.

One might argue that a person familiar with the city he lives in, might not find this app very useful as he would know his city like the back of his hand, but it is really useful for a stranger in a new city or town and also for people in larger cities.

The app currently has a rating pf 4.2/5 on the Google play store with 57 users rating it 5 stars. An iOS version will be released soon as well.

So give this app a test run and play safe.