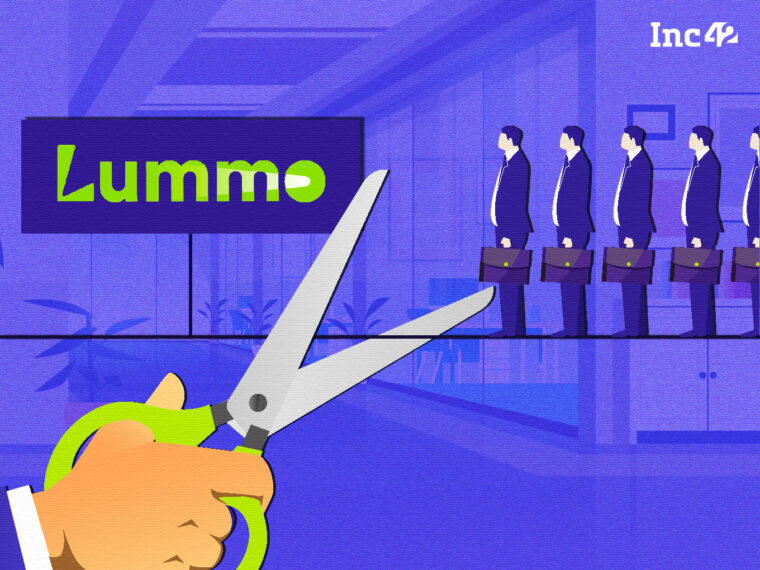 Lummo has let go of around 50-60 Indian employees. It has also laid off around 100-150 Indonesian employees

As per Inc42 sources, most of the layoffs took place in product, engineering, and design teams in India

Lummo had raised $80 Mn in its Series C round earlier this year from Jeff Bezos, Tiger Global and Sequoia Capital

Hours after Inc42 has written on the layoffs at Lummo, the startup has shared its official statement.

“Regarding our India team, only single digit number of employees were impacted. Some of the contracts we have with external IT services companies were downsized.  We are working with our affected team members to place them in new roles via our network. We are currently doing our utmost to assist them with their next career opportunity. They are some of the best in the business and we are very sorry to see them go.”

The spokesperson further added,  Lummo is committed to develop and expand its services, especially in LummoSHOP, for its entrepreneurs and brands to move forward

Indonesia headquartered SaaS startup Lummo has laid off 50% of its Indian workforce recently. The startup, which is backed by Tiger Global and Sequoia Capital India, terminated 50 Indian employees on Tuesday (June 7).

Sources aware of the development attributed the layoffs to the startup shifting its focus away from LummoShop, thus resulting in restructuring.

The layoffs came as a shock to the employees as the company had raised its Series C round of funding in February this year, another source told Inc42. The startup has offered severance packages to the impacted employees.

Lummo had raised $80 Mn in its Series C round led by Tiger Global and Sequoia Capital India. The round also saw participation from Capital G, the independent growth fund of Google’s parent company Alphabet, and Amazon’s Jeff Bezos.

Back then, the startup’s Indian-origin founder Krishnan Menon had told a national daily that a part of the fresh funds would be used to triple Lummo’s India team size. “We currently have around 100 in India and will look to take it to around 300 by the end of FY24,” Krishnan had told The Economic Times.

As per sources, Lummo’s founders spoke about the layoffs on Tuesday morning during a town hall in its Jakarta office. Soon after this, the startup’s Indonesian employees started receiving emails regarding the layoffs. Around 100 to 150 Indonesian employees have been laid off,  sources added. The entire sales team who were working in Indonesia have completely been dissolved.

Though there was no town hall for the Indian employees, the laid off employees have started receiving mails.

Mail sent to Lummo did not elicit any response till the time of publishing the story. The story will be updated as and when the startup responds.

Lummo was founded in December 2019 by Krishnan and Lorenzo Peracchione as Bukukas. It is an app-based book-keeping software for small- and medium-sized enterprises (SME). Later, the startup expanded its business offerings by launching TOKKO, an online D2C builder like Shopify in 2020. Later, it also rebranded TOKKO to LummoShop.

With this, Lummo has become the second international startup in the recent past to lay off its Indian employees amid a slowdown in funding. Earlier the US-based homeownership startup Better.com laid off over 1,000 Indian employees during its three major layoff cycles. Last month, the startup even asked its remaining Indian employees to voluntarily leave the organisation.

As investors tighten their purse strings amid a global slowdown, Indian startups have also resorted to firing employees.According to Inc42 Layoff Tracker, around 9,200 Indian employees have been laid off in 2022 so far. The layoff cycle began with edtech startup Lido, and soon well-funded startups such as Meesho, Fulenco, Unacademy, Trell, and MFine followed.