Bansal, who left Flipkart in 2018, is planning to merge the acquired business with the insurance wing of his own Navi Technologies

With the acquisition of DHFL General Insurance in January, Navi announced its plans of expanding footprint in the insurance space 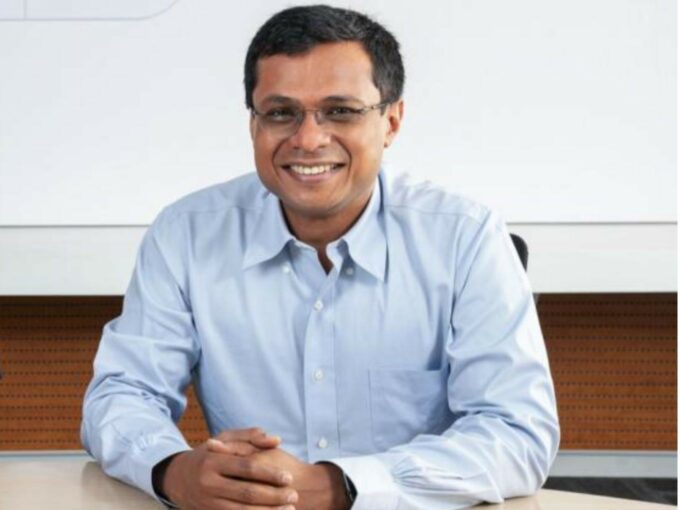 Flipkart cofounder Sachin Bansal is reportedly in talks to buy out the insurance business of Liberty General Insurance Ltd, sources aware of the developments told Mint.

Bansal, who left Flipkart in 2018, is planning to merge the acquired business with the insurance wing of his own Navi Technologies Pvt Ltd.

“The plan is to add more insurance and fintech firms under the Navi brand. Valuations are at decent levels and prospects seem good,” one of the sources cited above said.

The news comes on the same day as Liberty General Insurance receiving a fund infusion of INR 100 Cr from its promoters. The promoters of the private sector life insurer include Liberty Mutual Insurance Group, Enam Securities, and DP Jindal Group.

Navi plans to make a full-stack financial services firm out of Navi, replete with digital banking, payments and insurance facilities. The company’s plans to expand its footprint in the insurance sector are evident with its acquisitions. Navi acquired the general insurance business from DHFL earlier this year and is planning to add more insurance firms to Navi.

Earlier this month, it was reported that Navi was looking to add at least two other private life insurance companies to its bucket, which were speculated to be Future General Life Insurance and DHFL Pramarica Life Insurance.

An Inc42+ from last month, titled, “Decoding Navi And Sachin Bansal’s $100 Bn Ambition”, talked about Bansal’s strategies behind acquisitions, both with Flipkart earlier and now with Navi. The author found that while acquisitions at Flipkart were to plainly fast track growth of the business, Navi’s acquisitions have been operations-centric to fulfil key regulatory requirements for banking.

The story pointed out that while the $1.86 Tn market size for the BFSI sector in India was massive and way more than the $64 Bn market size for the ecommerce sector, it also presented several challenges in the way of more competitors vying for a piece of the pie. The industry also remains heavily guarded by capital and regulatory requirements as far as the entry is concerned and the recent downfall of several public sectors and private banks have worried investors as well as consumers.

Bansal is said to have poured in over $450 Mn into Navi as investments to develop its products. Overall, the company has raised close to $582 Mn from investors like Gaja Capital, World Bank’s investment arm International Finance Corporation (IFC) and others.

Update: After this story was published, Liberty General Insurance reached out to Inc42 and denied market rumours and speculations of any stake sale, saying that the current promoters were committed to the company’s long-term growth. The company confirmed that it had received an INR 100 Cr fund infusion from its promoters.