The round also saw participation from other investors such as CK Jaipuria Family Office, NB Ventures Dubai, Anuj Sheth of AAJ Ventures, among others 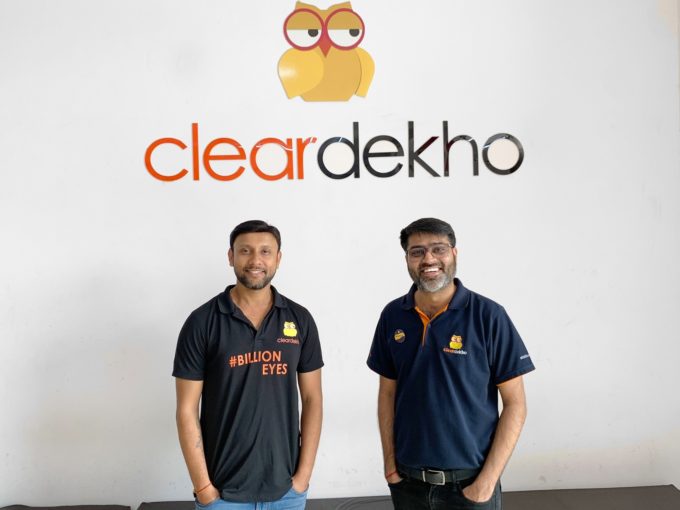 Eye-wear startup ClearDekho has raised $4 Mn in a Pre-Series A funding round led by Ritesh Agarwal-led Aroa Ventures.

The startup has planned to utilise 40%  of the funds for expansion of stores across geographies, 30% of the investment for marketing and on-ground activities to drive new customer acquisition, and the remaining for backend operations infrastructure to automate fittings and quality check, hiring, and enhance inventory and private label brands.

Founded in 2017 by Shivi Singh and Saurabh Dayal in 2017, ClearDekho offers affordable eyeglasses and targets to Tier II, Tier III, and Tier IV towns and cities in the country. Just like Lenskart, ClearDekho also offers its users to purchase eyewear online or visit its more than 60 operational stores across the country.

As per Dayal, the startup is aiming to add another 1,000 retail stores in the next three years by collaborating with existing optical retailers across the country.

Gaurav Gulati of Aroa Ventures further added that the eyewear startup will be operational in more than 100 cities within the next 12 months and will further strengthen its presence in Tier II, Tier III, and Tier IV towns and cities.  The company claims to have grown by 1,300% in the past three years.

ClearDekho competes against the likes of Lenskart and Chennai-based Specsmakers. While Lenskart last raised $220 Mn from Temasek and Falcon Edge earlier this year to strengthen its presence in Southeast Asia and the Middle East, Specsmakers last bagged INR 23 Cr from Eight Road Ventures to increase its online presence.

It is worth noting that Peyush Bansal-led Lenskart has also kickstarted its operations in the US.

Over the years there has been a growing trend among college students and office goers to purchase more than one eyewear for different occasions.  As per a Statista report, India’s eyewear market is expected to grow annually by 10.55% by 2025. The report highlighted that market will see volume sales to 427.4 Mn by 2025.