What you need to know about Fin, India’s 1st Wearable-Tech Hardware Startup to Crowdfund over $100k

What you need to know about Fin, India’s 1st Wearable-Tech Hardware Startup to Crowdfund over $100k 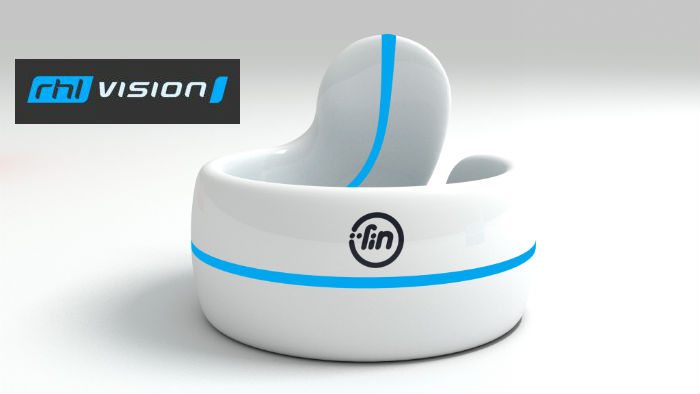 Fin, a wearable ring shaped device, a product by RHLVision has completed the target of $100,000 on the crowd-funding site Indiegogo.

The tech startup, launched the crowd-funding campaign on February 8 2014 which was supposed to last till February 22 – 2014. However, the company reached its goal 5 days before.

As it is in the case of such crowd-funding campaigns, supporters will have various perks. Different packages were designed for individual donors; each has a set of advantages. For instance the $169 perk will allow a user to lay hands on two Fin Smart rings. Around 834 individuals have backed the project taking it to the targeted limit.

Fin, is a small ring shaped wearable device which turns the fingers and the palm into a numeric keypad and a gesture interface.

One can assign each activities of connected devices to each segments of their fingers and it can act like Hot Keys. Example: Just a tap using thumb on the Segment of the Finger to Make your Phone Silent Mode ON/OFF while phone in your pocket

1. It can be used by people to interact with Smartphones [Dial Numbers, Attending calls, SMS, Social media, Taking Quick Notes etc.] especially for visually challenged people since they sense the world through touch.

2. It can control smart TV, to change the channels, control sounds by mere natural finger swipes.

3. It can also control car from being cars key to controlling your phone while driving, navigate your maps, receive calls and read messages, change music, and other car utilities just by finger swipe.

The company will be using the funds raised for Materials and Designs, Hardware design and manufacturing, Funding for materials cost, Adding more enhancements to Fin like Unique User Authentication etc.