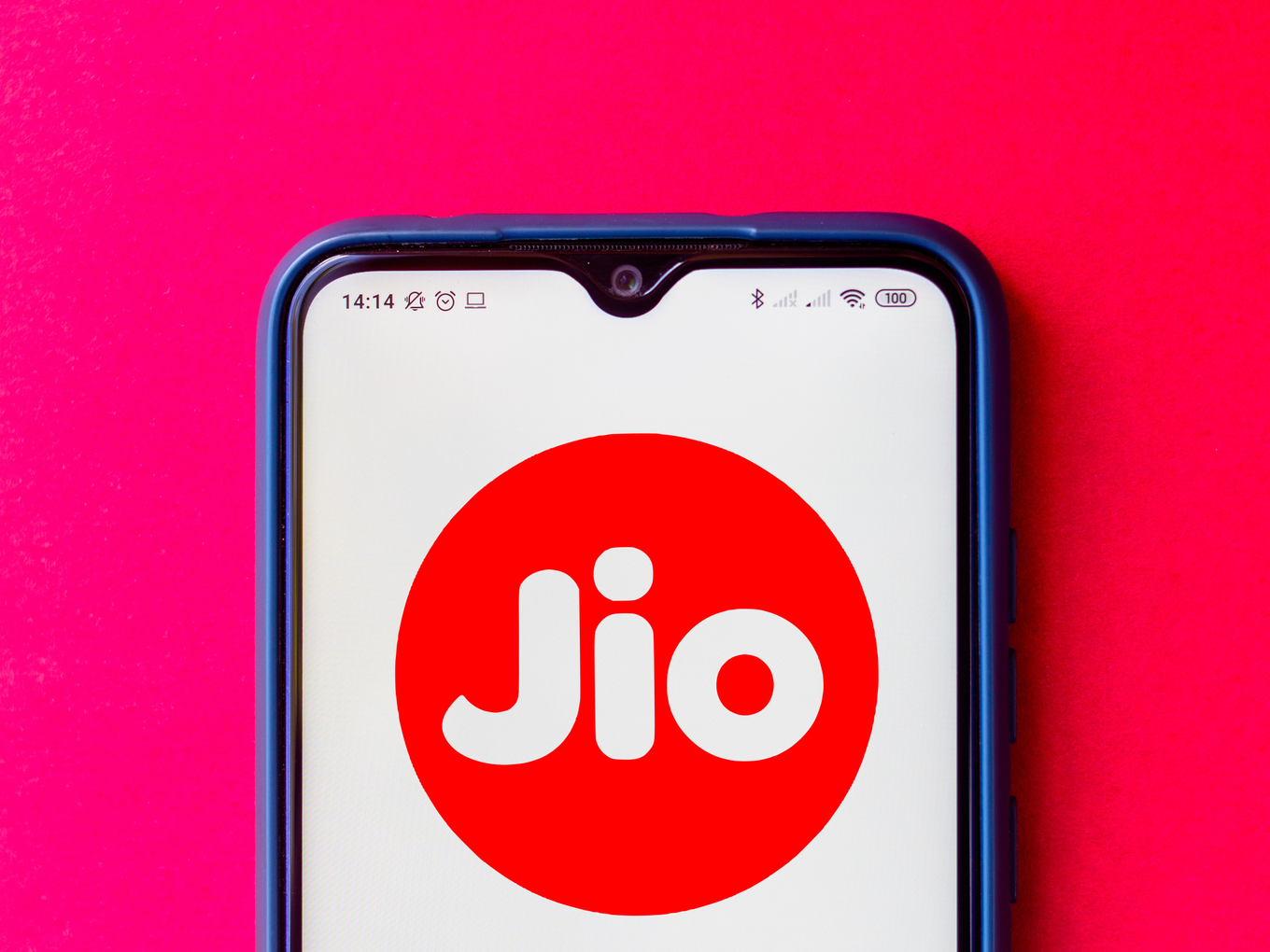 Reliance Jio lost more than 9 Mn users in January 2022, per TRAI report, while Airtel gained more than 700K users during the same time

The largest Indian telco had recorded similar dips throughout 2021, losing as many as 19 Mn subscribers in September 2021

Reliance Jio has lost an eye-watering 9.32 Mn subscribers in the month of January 2022, while its rival Bharti Airtel has gained more than 700K users in the same time frame, as per TRAI’s latest report on telecom subscription numbers.

A month before, in December 2021, Reliance Jio lost more than 12 Mn subscribers, taking the total figure above the 21-Mn-mark in a span of 62 days. In the meanwhile, Airtel has gained more than 1.2 Mn subscribers, and Vi has managed to lose nearly 2 Mn users.

Surprisingly, that is not even Jio’s largest fall. In September 2021, it lost a staggering 19 Mn subscribers.

Talking of the falls, Reliance Jio said, “This decline is mainly driven by subscribers with inconsistent engagement and lower-end subscribers.”

This raises the question, is Jio finally taking the foot off the gas? Or is it just a red herring?

For Whom The Bell Tolls?

Looking at the January 2022 report from TRAI, apparently, Jio has lost out on a total of 9,322,583 subscribers within the month. Vodafone Idea, the third-largest telecom operator, has also seen red, losing out on 389,082 subscribers. On the flip side, Airtel was the only operator in the green, gaining 714,199 users.

In terms of the entire industry, currently, India has 1.145 Bn wireless subscribers, down 9.38 Mn from December 2021. The amount of reduction is almost equal to the customers lost by Jio, BSNL and Vi combined.

It is also worth mentioning here that the subscribers gained by Airtel are far less than the subscribers lost by the three other companies. That is why the overall number of wireless users has reduced.

The same trend was there in December 2021 as well, when Jio had lost more than 12 Mn subscribers and India’s telecom industry lost a similar number of wireless subscribers as well. 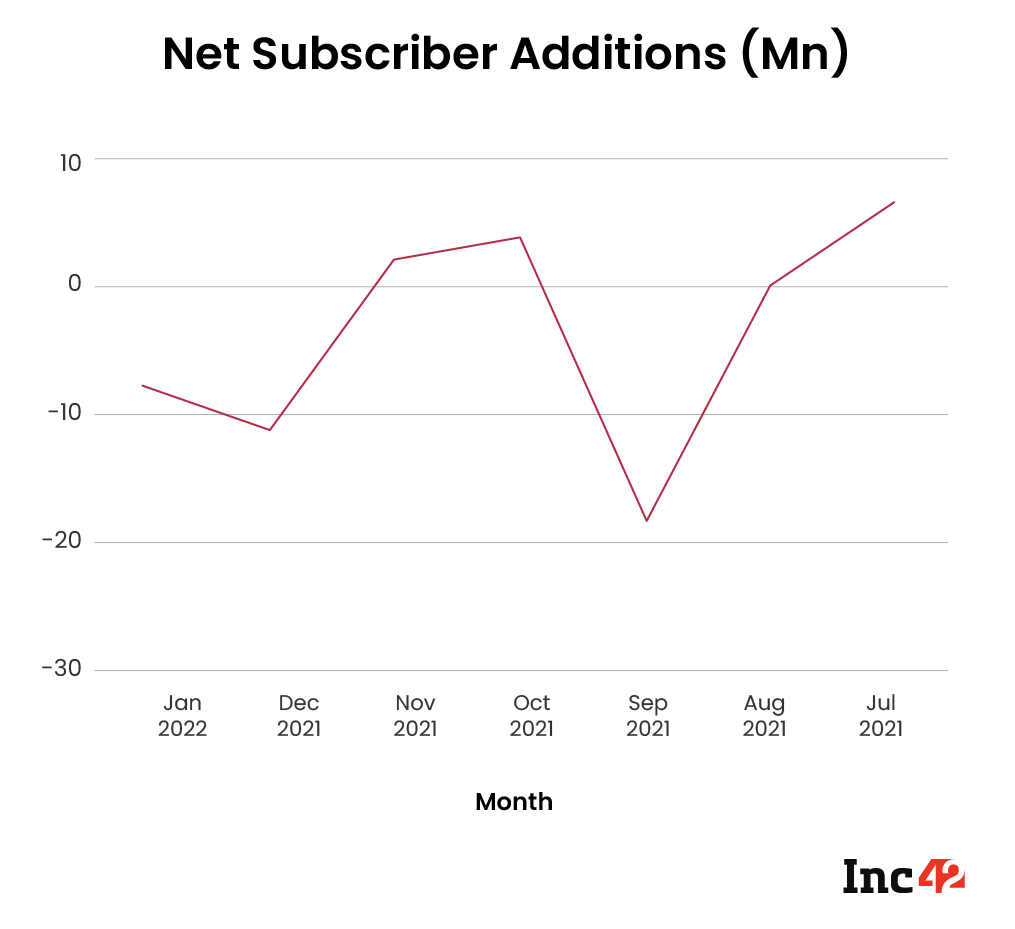 India Home To Third-Largest Number of NFT Companies In The World:...

How LOCOFF Is Connecting Small Offline Retailers With The Digital...

“No Thanks!” Bhavish Aggarwal’s Cheeky Reply To Musk’s Tweet On T...

This is a phenomenon known as SIM consolidation. Since the tariff hikes of November 2021, and the three waves of COVID-19, there are fewer users that want to use multiple SIM cards, and hence, connections are being shut down.

By shutting down low-engagement connections, the telcos are effectively conducting a cost-saving activity. What’s more, it improves Jio’s Average Revenue Per User (ARPU), an important reflection of the financial health and viability of a telecom operator.

When a telco shuts down a non-paying connection, it is able to remove it from the total count, and therefore, the ARPU improves. However, it is not just an accounting trick – with better Active Wireless Subscribers, also referred to as VLR subscribers, the companies can better use their infrastructure. 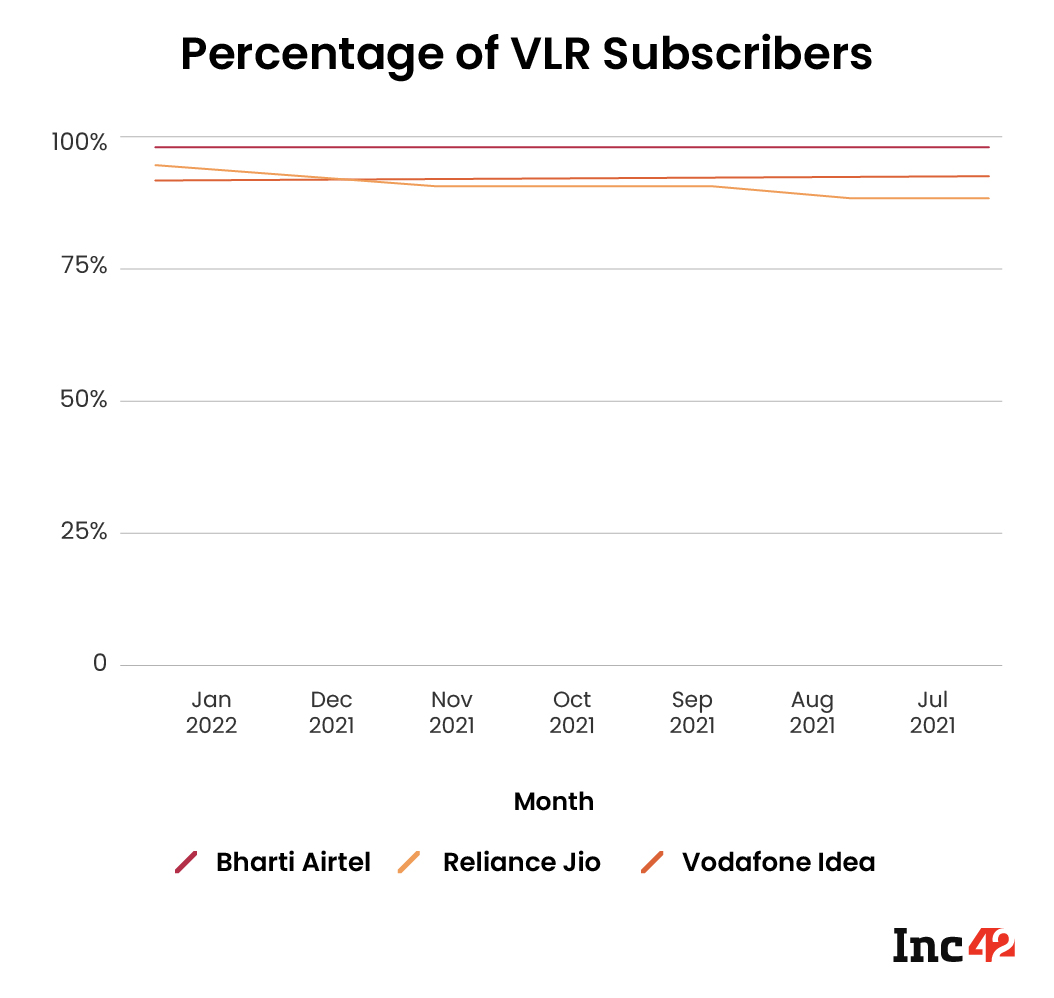 For January 2022, Jio’s VLR subscribers stood at 90.68%, up by 3.04% from December 2021. Since December, Jio has assumed the second spot on the VLR subscribers table, behind Airtel and ahead of Vi.

Therefore, in a single month, Jio improved by more than 4%; this is the smoking gun.

Is Jio In Decline?

All the wild dips that Jio has seen are just a cost-cutting exercise, that will see the telco being able to use its infrastructure more efficiently, and save money that would have otherwise gone into maintaining non-engaging connections.

Therefore, it is safe to say that Jio is in no danger, though the recent cuts have seen Airtel gain more ground in the market share. 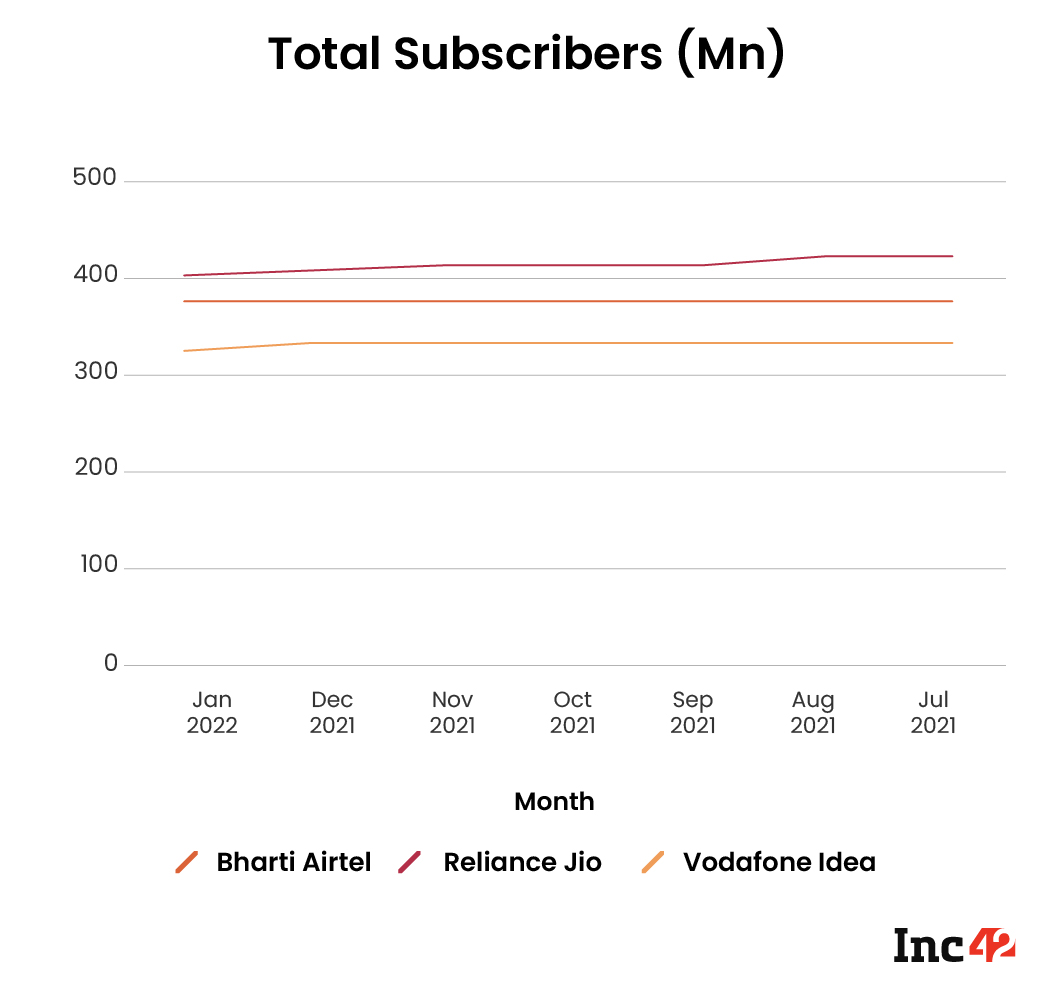 Right now, Jio is clear at the top, but if Jio is aiming to achieve a similar VLR as Airtel, it will end up with about the same user base as Airtel. Hence, the race is well and truly on.