It will be great if the government and the central bank can come up with a Central Bank Digital Currency (CBDC) that is properly regulated, says Garg

The way cryptocurrencies have evolved in value, the world may not accept their use as currency. This has led to the evolution of stable coins 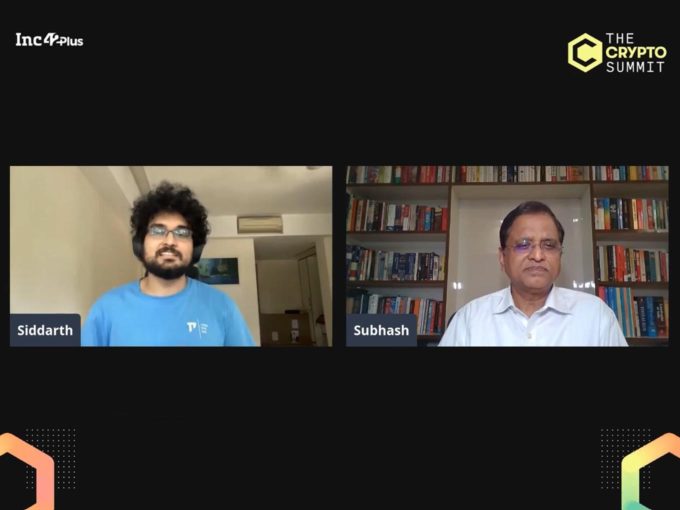 The upcoming Cryptocurrency and Regulation of Official Digital Currency Bill, 2021 has two key elements — Central Bank Digital Currency (CBDC) and Crypto Assets. According to Subhash Chandra Garg, Former Finance Secretary, government of India, it will be great if the government and the central bank can come up with a digital currency that is properly regulated.

Speaking on the day one of The Crypto Summit, Garg said that there are inbuilt deficiencies and weaknesses in the cryptocurrencies and these can’t really be serving as a currency or a medium of exchange.

“The way cryptocurrencies have evolved in value, the world may not accept their use as currency. This has led to the evolution of stable coins. However, regulated digital coins like CBDC might be the future of crypto,” Garg told Siddarth Pai, Founding Partner at 3one4Capital.

“While there are concerns around cryptocurrencies, building trust is the most important commodity when it comes to crypto. Trust is the biggest source of value attached to any currency,” Garg emphasised.

While CBDC, which stands for fiat cryptocurrencies, falls under the purview of the Reserve Bank of India (RBI), capital markets regulator the Securities and Exchange Board of India (SEBI) has been responsible for regulating the commodity derivatives market. However, it is still not clear which agency will regulate CBDC

From the ease of issuance to reducing the settlement risk in the financial system, the CBDC offers a slew of advantages over paper or polymer currencies. In fact, it is now deemed as digital currency 2.0 or the future of currencies.

As the Indian government formulates the new cryptocurrency Bill, likely to be tabled in the Winter Session of Parliament, details have already emerged that the government is working on to compartmentalise virtual currencies on the basis of how they are being utilised like for payments, investment or as a utility.

The decision by the government to classify cryptocurrencies as per their use case will help boost the adoption of digital coins in the country, which is already witnessing a great momentum. Finance Minister Nirmala Sitharaman said last week that she is awaiting an approval from the Cabinet on a bill on cryptocurrency.

The inter-ministerial panel on cryptocurrency under the Chairmanship of Secretary (Economic Affairs) to study the issues related to virtual currencies has submitted its report. The fresh details emerge as cryptocurrencies witness a growing adoption in the country. The investment in cryptocurrencies grew from nearly $923 million in April last year to $6.6 Bn in May this year in India.