Even though Razorpay’s loss increased by 89% in FY20, this is by no means a worrying figure considering the size of the business, as well as the digital payments opportunity in India 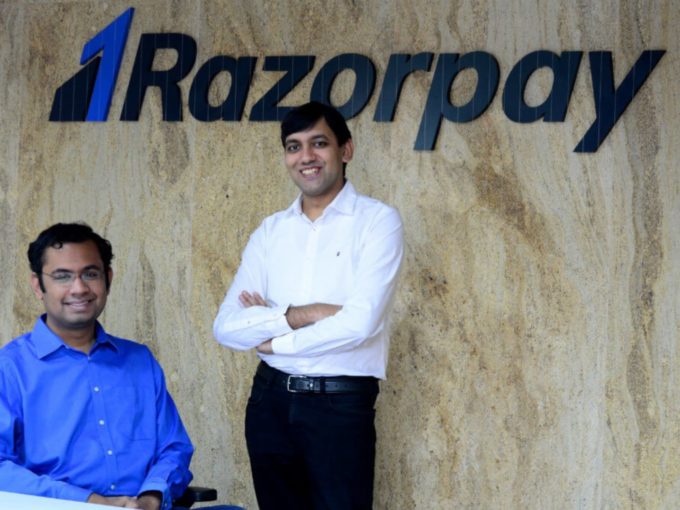 Payments gateway major Razorpay saw its losses almost double in FY20, ended March 31, 2020, as its advertising and promotional expenses surged by nearly 5x and employee expenses more than doubled from the previous year. While the company’s revenue grew by a massive 163% to reach INR 519.42 Cr, its expenses also grew at a similar pace to reach INR 525.41 Cr in the fiscal.

In FY19, Razorpay had spent INR 202.15 Cr to earn INR 197.5 Cr, and the growth in revenue highlights just how quickly the digital payments ecosystem has grown in India. Overall, even though the company’s loss increased by 89% in FY20 to INR 6.15 Cr, this is by no means a worrying figure considering the size of the business, as well as the untapped digital payments opportunity in India.

Moreover, the growth rate for revenue has improved significantly from FY19, when Razorpay’s total income had grown 114% YoY from FY18. Given the massive traction seen for ecommerce operations and online payments from April 2020 in the lockdown, Razorpay might well be on course to turn profitable in FY21.

The breakup of Razorpay’s expenses in FY20 revealed increases across the board. The company’s employee benefit expenses jumped 135% to INR 120.54 Cr. Within this, the biggest chunk went to salaries and wages, which increased by 138% to INR 111.49 Cr. This suggests that the company spent considerably on hiring as well as in compensation.

Similarly, advertising expenses surged 348% from INR 3.7 Cr to INR 16.5 Cr. Besides this, the costs associated with depreciation, depletion and amortisation increased 155% to INR 3.32 Cr. Other expenses, which includes the company’s spending on rent, fuel, conveyance, legal services and advertising, increased by 169% to INR 401.42 Cr.

Founded by Shashank Kumar and Harshil Mathur in 2014, Razorpay raised funds in the last quarter of 2020 and said that it would be hiring massively in the year to come. In October 2020, Razorpay entered the unicorn club, after it raised $100 Mn in a funding round led by Singapore’s sovereign wealth fund GIC and existing investor Sequoia India.

At the time, the company said that the funds would be utilised for hiring 500 people across functions of growth, product and technology and launching two new products for its neobanking business RazorpayX and lending business Razorpay Capital. It currently claims to be providing payments services to over 200K small and large businesses. The online payment gateway business, which accounts for 80% of its revenue, serves five million customers, including Airtel, BookMyShow, Facebook India and Sony.

While the FY20 filings don’t reflect the impact of the Covid-19 pandemic on the company’s business, a recent announcement by Razorpay solidifies the understanding that digital payments in India boomed amid the pandemic, as physical distancing protocols increased people’s reliance on payment apps and e-wallets.

On Thursday (February 4), Razorpay claimed that it had registered a 3x growth in payments volume through small and medium businesses (SMBs) which went online for the first time amid the pandemic last year.

SMBs in tier 2 and 3 cities contributed to 54% of Razorpay’s digital transaction volume in 2020. Razorpay also onboarded over 7 lakh new SMBs, freelancers and startups in 2020, many of whom went online for the first time. Online transactions in cities like Ahmedabad and Jaipur grew by about 50% within a week’s time, it claimed.

Speaking about the same, Razorpay cofounder and CEO Harshil Mathur said, “We wanted to build customised solutions to help struggling businesses adapt to the new normal by providing flexible easy-to-integrate payment and banking solutions. Some of these products included Same Day settlements allowing businesses to receive funds in just a few hours instead of the usual 3-5 working days settlement period.”

Similar growth in the adoption of digital payments is evidenced by UPI payment volumes, which have consistently risen since April last year, crossing the 2 Bn transactions mark in October 2020, exactly a year after it had breached the 1 Bn mark.

And while stakeholders in the payments sector are still awaiting resolution for pain points such as zero merchant discount rate (MDR), the INR 1,500 Cr allocation for the growth of digital payments by Finance Minister Nirmala Sitharaman during her 2021 budget speech, is being seen as a welcome step for the fintech sector.