Pulse42 By Inc42: How India’s Startup Elite Connected And Networked At The Invite-Only Tech Party

Pulse42 By Inc42: How India’s Startup Elite Connected And Networked At The Invite-Only Tech Party 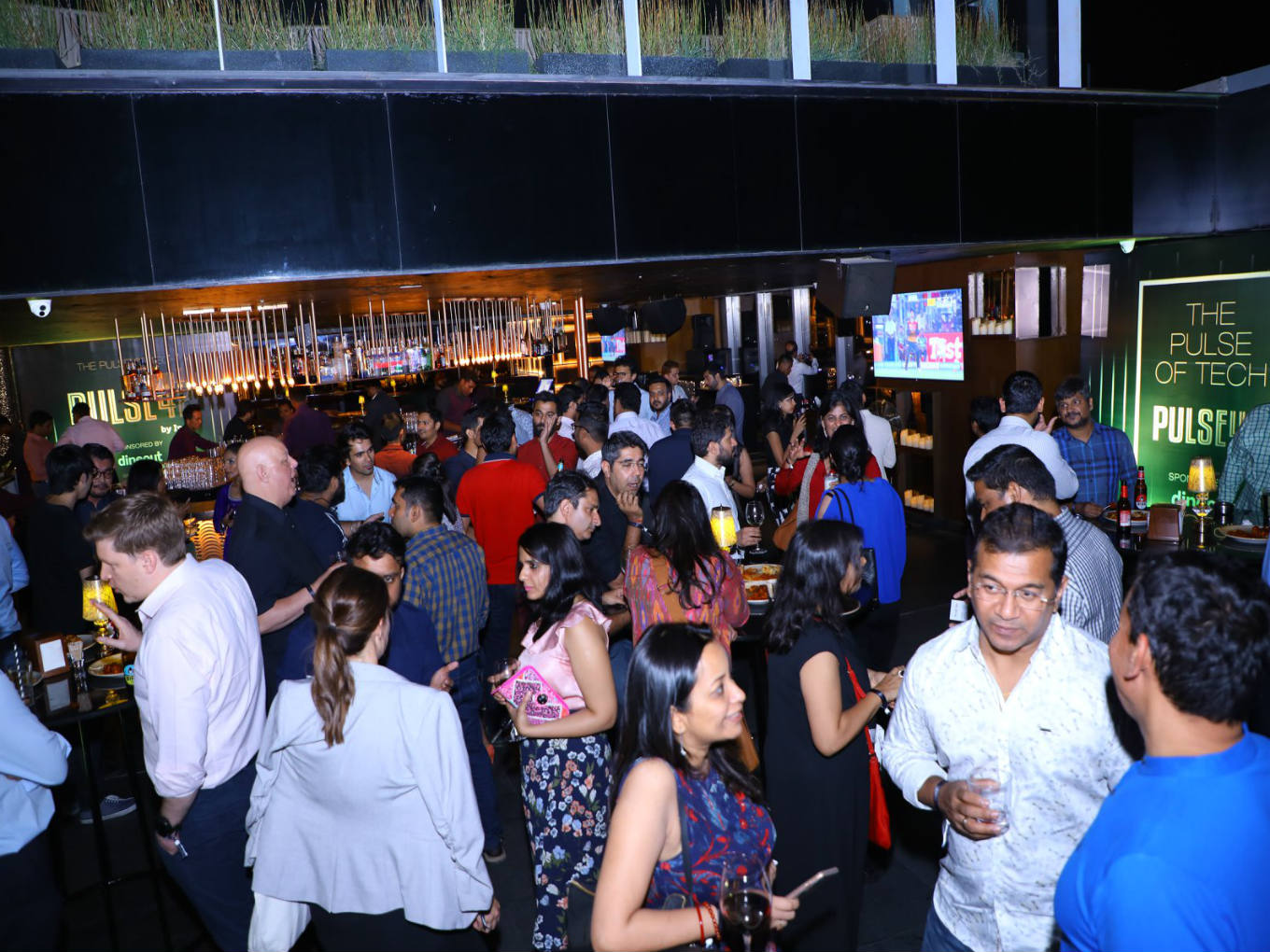 “People are capable, at any time in their lives, of doing what they dream of.” – Paulo Coelho

But what if your capabilities match your dreams?

With 39,000 startups, the Indian ecosystem is surely one where capabilities and dreams have come together to script success stories. But as many say there’s a long way to go for India’s entrepreneurs, investors and the startup community.

Inc42 has always recognised this need to bring the community together, but every now and then, the ecosystem needs to let off some steam, and trade the boardroom and meeting rooms for a fun-filled tech party. And this year’s first edition of Pulse42 by Inc42 delivered that in spades.

At Pulse42 by Inc42, hosted on May 2, 2019, the trendy Kazé Bar & Kitchen in Bengaluru went from a lounge for the city’s fashionable set to a meeting of the brightest minds in the startup ecosystem. Unlike a tech convention, Pulse42 was vibrant, pulsating and plenty of fun for the premium guest list which included India’s top entrepreneurs and leading investors. As usual, Pulse42 was also about building relations with key stakeholders in the ecosystem, as well as long-term partnerships between startups and investors.

With a panoramic view of the CBD, Bengaluru’s central startup hub, from its 21st-floor terrace, Kaze was the venue for one of the most electrifying tech parties in India. It kept the exclusive guests enthralled with trendy cocktails, the best in Japanese cuisine, and the latest hits piped through its immersive sound system.

While Pulse42 is meant to be a fun-filled evening with less focus on business deals and more on keeping the party going and networking, it has been witness to plenty of partnerships in the past. In fact, the relaxed atmosphere has helped plenty of founders connect with investors and build relationships that last for years. The networking opportunity has led to investments or fund-raising deals in the Pulse42 events in the past. At Pulse42 in 2016, Unacademy got connected with Rajan Anandan.

Fundraising or not, Pulse42 is definitely a no-agenda party, and it’s part of Inc42’s constant effort to build bridges in the ecosystem, forge relationships and bring stakeholders under one roof.

As Dhruv Sehra, Kalaari Capital exclaimed, “One of the great gatherings that I have been to!”

Sponsored by Dineout, with Udyan tea and Kapiva as the gifting partners, Pulse42 by Inc42 was definitely one of the highlights of the year for the Indian startup ecosystem.

First-time attendee Sudhir Bandaru, founding member and CTO of Shortlist, enjoyed the relaxed networking atmosphere. “It was nice to get time with all relevant folks in one session,” he added.

Catching The Pulse Of Indian Ecosystem, Since 2015

India is one of the largest startup ecosystems in the world, and it is growing at an unprecedented pace. Since we started Pulse42 in 2015, the Indian startup ecosystem has added more than 12,000 startups, taking the total tally of startups to 49,000 (Inc42 DataLabs).

In the past, Pulse42 was a closed doors event, but this year, it broke out of stealth mode and anyone who is part of the startup ecosystem could apply for an invite. We saw over 300 applications in under a month, which is a great testimony to the community’s enthusiasm for Pulse42 tech parties.

Pulse42 is yet another cornerstone in our initiatives for the startup community and we hope to keep spreading the cheer. Besides the flagship events — TES and The Junction — Inc42 has also been organising numerous F.O.U.N.D.E.R.S Meetup for early stage founders, VC Dinners for the investor community and Mixer for early stage and ecosystem enablers.

All this and more is coming later this year. Stay tuned to Inc42 to know what we have planned for the Indian startup ecosystem!