Pope Francis solves the puzzle of Internet Invention, calls it a “Gift from God”

Pope Francis solves the puzzle of Internet Invention, calls it a “Gift from God” 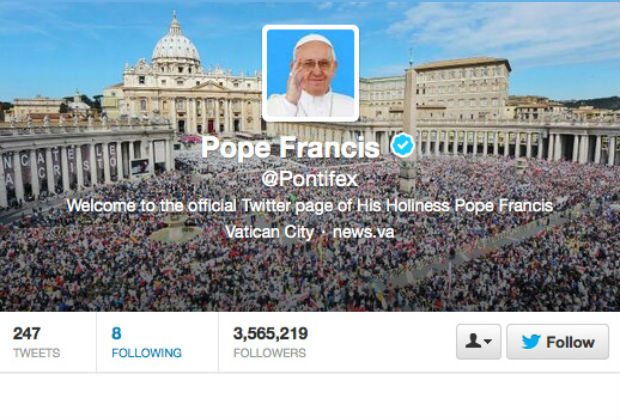 Is Al Gore God… If a recent statement from Pope Francis is true, then yes.

According to a statement released by the Vatican on Thursday, Pope Francis has called the Internet a “Gift from God” that facilitates communication between people from different cultural and religious backgrounds.

Realizing the power of Social Media and Internet, Pope said that two of them should be used to foster real connections and relationships, calling for greater calm and tenderness. Using the web to communicate with various groups, could help resolve religious, economic, or political differences. The internet offers immense possibilities for encounter and solidarity, he added.

Calling it a digital world that is capable of creating an environment rich in humanity, Francis reiterated that the internet is a network not of wires but of people. However, he did not hesitate in acknowledgement of drawbacks of Internet. He pointed out that the speed of Social Media does not allow people to engage in self-reflection and judgement.

Francis isn’t the first pope to embrace technology and to have strong social media presence. His predecessor, Pope Benedict XVI, was the first pope to use Twitter – and John Paul II lauded the Web in 2001. Francis undoubtedly has the same goal in mind, but lives in an era when the Web and social technology is a given.

Pope Francis has already proved to be a divisive figure since he was elected last year. Gaining a reputation as a modernizer, he said last year that the Church should not be “obsessed” with issues such as abortion, homosexuality and contraception.

Well, Internet has become Life for many workaholics and Life is definitely God’s Gift.

So, do you agree with Pope Francis? Share your thoughts in comments section.