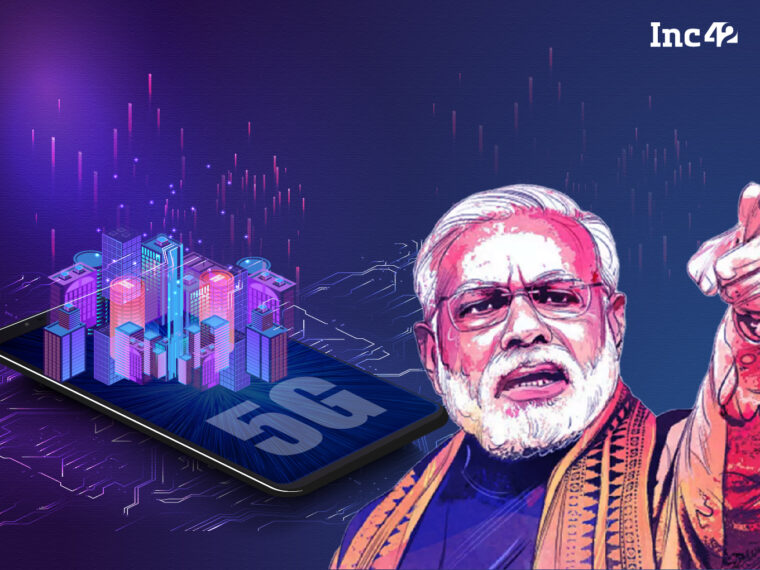 The testing facilities have all the components of a 5G network, including transport equipment such as antennae and radio and the core network

Startups in particular now have a very big chance to test their 5G-powered products and services, Modi said

Prime Minister Narendra Modi has launched a 5G Test Bed for startups at the silver jubilee celebrations of the Telecom Regulatory Authority of India (TRAI).

TRAI noted that Indian startups had to go abroad for testing mobile network use cases as there were no testing facilities in the country. That proved to be the rationale behind the launch of the 5G test bed.

The Prime Minister said, “I congratulate all the people involved in the development of the 5G test bed, and I invite all the companies working in telecom to come to test their 5G products and services with the test bed.”

He said that startups in particular now have a very big chance to test their 5G-powered products and services. He expressed hope that in telecom, startups will pop up fast and will take global leadership over the coming years.

Modi also praised the country’s very own 5G standard, 5Gi, and said that it will help deliver 5G technology to the villages of India.

“Connectivity will determine the speed of India’s progress in the 21st century,” he said. “The foundations of the same will be built on modern technology and the adoption of the same,” he added.

In his words, “5G technology will bring a positive change in governance, ease of living, and ease of doing business in India.” The Prime Minister said that the 5G technology will contribute $450 Bn in the next 15 years.

Modi also set a target of launching the 6G network by the end of the decade.

What Is The 5G Test Bed?

The 5G test bed is developed as a multi-institute collaborative project by a total of eight institutes led by IIT Madras.

The other institutes that participated in the project include IIT Delhi, IIT Hyderabad, IIT Bombay, IIT Kanpur, IISc Bangalore, Society for Applied Microwave Electronics Engineering & Research (SAMEER) and Centre of Excellence in Wireless Technology (CEWiT). The project has been developed at a cost of more than INR 224 Cr.

The 5G test bed will enable a supportive ecosystem for Indian industry and startups which will help them validate their products, prototypes, solutions and algorithms in 5G and next-generation technologies.

The 5G test bed was developed by 300 engineers and 40 scientists across the institutes mentioned, and consists of a complete, end-to-end 5G testing facility.

The testing facilities have all the components of a 5G network, including transport equipment such as antennae and radio and the core network. The 5G test bed will allow startups to test 5G use cases, products and solutions. The core network can support up to 10,000 devices and provides speeds up to 40 Gbps.

India Develops Indigenous 4G With 5G On The Way

The event, organised by TRAI at Vigyan Bhawan, was also attended by the several top-level stakeholders of the telecom sector, the MoS for Communication Devusinh Chauhan and Minister of Communications Ashwini Vaishnaw, who addressed the audience before the Prime Minister.

Vaishnaw informed that 32 states have joined the government’s Right of Way initiative for telecom services. He added that because of that, the approvals that took 100 days take 22 days on average now.

“Our scientists and engineers have developed a complete 4G stack, which is ready for deployment by BSNL, and the 5G stack is in the advanced stage and will be ready by the end of this year,” Vaishnaw added.