Despite several actions taken up by the centre and state governments, the startup funding has remained largely skewed towards the top three hubs

Inc42 data shows that of the total capital infused in the Indian startup ecosystem in 2021, about 93% or $38.8 Bn went to the top three startup hubs i.e. Bengaluru, Delhi NCR, and Mumbai. 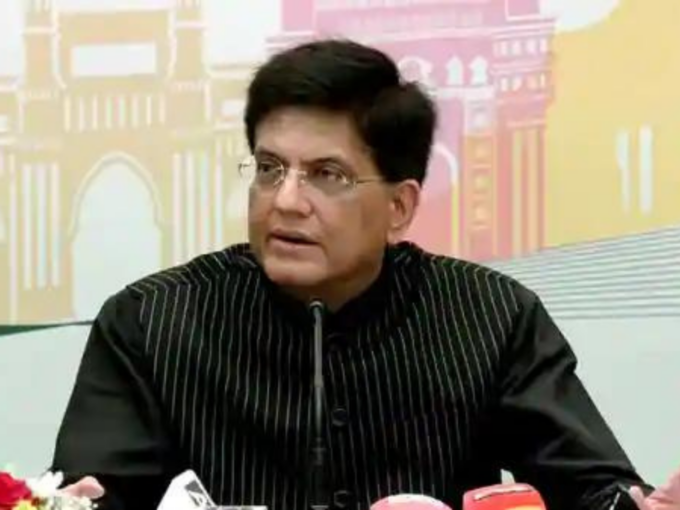 Goyal made the comments while chairing a roundtable with global VC funds. He also urged the VC firms to invest, promote and protect the intellectual property of Indian entrepreneurs.

This was the fourth such roundtable organised by the Department for Promotion of Industry and Internal Trade (DPIIT) and was held virtually. The meeting saw the participation of more than 75 VC fund investors from a slew of countries, including the US, Japan, Korea, and Singapore.

The Government too appears keen on reforms. The Centre says that it has so far undertaken 49 regulatory reforms to enhance the ease of doing business and ease of raising capital. The country also jumped 2 spots to 46th rank in Global Innovation Index 2021.

India has over 61,000 recognised startups spread across 55 industries, with 45% of them from tier-II and tier-III cities.

The overture from the Centre comes amidst strong performance by Indian startups in 2021. The country saw as many 1.436 startups being launched last year, with as many as 108 startups recording deals upwards of $100 Mn and above, in the same period. Fintech startups led the market with maximum funding deals in 2021.

Even as COVID-19 snapped supply chains, Indian startups continued to outmanoeuvre problems and come up with innovative solutions. Of all the mega deals ($100 Mn & above) recorded between 2014 and 2021, as much as 41% were reported in 2021 alone. Capital inflow into the startups also stood at a record high last year, raising $42 Bn across 1,583 deals.

Despite more than 80% of India living in non-metro cities, the startup scenario continues to be dominated by big cities. Bengaluru continues to remain the startup hot-spot, grabbing its spot as the top destination for seed stage funding.

Inc42 data shows that of the total capital infused in the Indian startup ecosystem in 2021, about 93% or $38.8 Bn went to the top three startup hubs i.e. Bengaluru, Delhi NCR, and Mumbai.

Despite several actions taken up by the government, the funding has remained largely skewed towards the top three hubs. Besides the top three hubs, Pune, Hyderabad, Chennai are the next few hubs which recorded more than $500 Mn in funding in 2021.

On the other hand, Automobile classifieds platform CarDekho in October last year raised $250 Mn, entering the much-coveted unicorn club with a valuation of $1.2 Bn. With this, the startup became the first unicorn headquartered in Jaipur

Other small-town startups too stood out like Jaipur based Finova Capital that raised $55 Mn, Odisha based-Milk Mantra that raised $10 Mn and Indore-based Pushp Spices that raised $16.3 million led by A91 Partners.

The roundtable chaired by Goyal also saw a discussion on the Indian startup-VC ecosystem, India’s global outlook, and opportunities for VC investments in the country.

The burgeoning startup ecosystem is now evolving in non-metro cities. Jaipur’s CarDekho has given the required impetus to startups from non-metro cities on how to create a business from your city or town. The Govt is right in reaching out to VC firms to invest in small-town India.