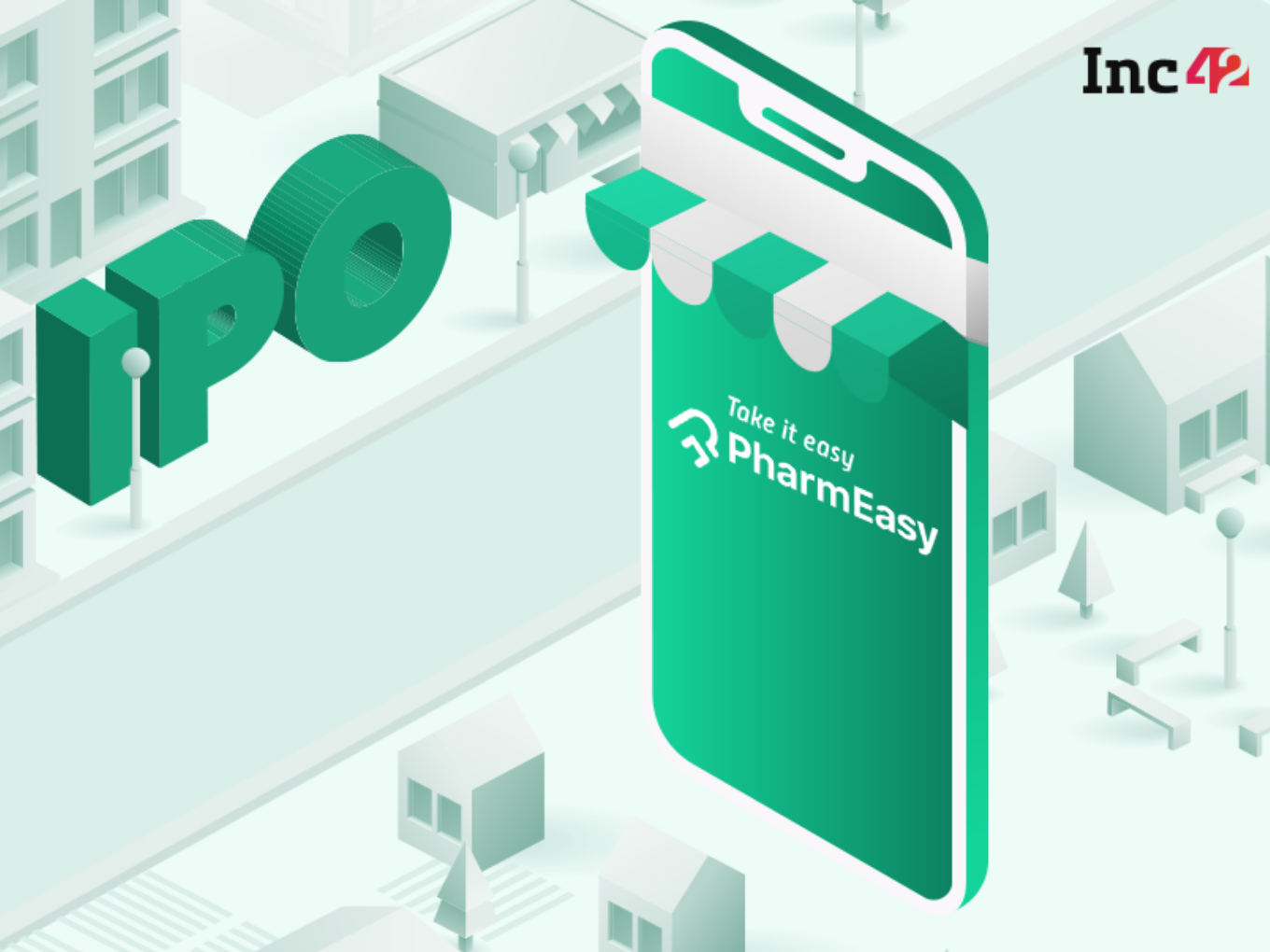 PharmEasy’s shares being traded between INR 70-80 on the grey market, as against INr 120-130 at the beginning of the year: Report quoting sources

PharmEasy filed DRHP with SEBI in November last year and aims to raise close to INR 6,250 Cr via a fresh issue of shares.

Amid apprehensions of a broader volatility in the Indian stock market, online pharmacy PharmEasy is reportedly reconsidering its IPO valuation.

Quoting industry sources, a report in the ET said that the startup was looking to ‘readjust its valuation’ it was aiming to raise through a public offering.

The report, quoting sources, also stated that PharmEasy’s shares were being traded at anywhere between INR 70-80 on the grey market, adding that, “It (the grey market pricing) signals the current nervousness on tech IPOs and valuations. Before Paytm IPO, PharmEasy’s secondary shares were available at INR 120-130 as well.”

PharmEasy will be finalising its pricing only after a nod from the Securities and Exchange Board of India (SEBI).

While the startup is yet to get final clearance from SEBI, it is also reconsidering its IPO launch time. Earlier, PharmEasy was planning to list on the Indian stock exchange within this financial year itself.

This comes amidst a widespread panic in the startup world. Earlier this month, reports emerged that hospitality startup, OYO too was considering slashing its IPO size.

Add to this, Indian tech stocks have been taking a beating left, right and centre owing to the diplomatic row between the U.S and Russia over Ukraine.This has also been attributed to a major correction in the U.S public markets as well as prospects of interest-rate hikes and increased volatility.

It was evident when listed startups like Zomato, Nykaa, Paytm hit their all-time lows on the Bombay Stock Exchange on February 14. Other companies like Policybazaar, RateGain, and MapmyIndia also saw their stocks nosedive amid supposed apprehensions over World War-3.

Founded in 2015 by Dharmil Sheth and Dr Dhaval Shah, the startup caters to the chronic care segment and offers a range of services such as medicine deliveries, teleconsultations and sample collections for diagnostic tests.

PharmEasy claims to partner with over 60K+ brick-and-mortar pharmacies across India and has  reportedly served over 20 Mn patients since its inception.

The startup is backed by marquee investors like Prosus Ventures, TPG, Amansa Capital, Blackstone-backed hedge fund ApaH Capital, Janus Henderson, among others. It is pertinent to note that PharmEasy had merged with its investor entity, Ascent Health, to form API Holdings in 2019.

As per available data, PharmEasy was last valued at over $5.4 Bn. It last raised a massive $323 Mn in Series E funding round in April last year from Prosus Ventures and TPG Growth. With this, it became the first Indian epharmacy to enter the much coveted unicorn club.

PharmEasy competes against the likes of Tata-backed 1MG, Reliance acquired Netmeds, Amazon Pharmacy, Medlife among others

According to a report, India epharmacy market stood at over $344 Mn in FY21 and is expected to grow at a rate of 21-28% by 2027. Another report from Bernstein Research stated that PharmEasy had a 50% market share, which was expected to grow to $1 Bn by FY25.

The market volatility has thrusted the Indian startup ecosystem into uncharted waters. With startups eyeing the situation closely, they are looking at all avenues to duck the trend. How successful will their endeavour be, only time will tell.