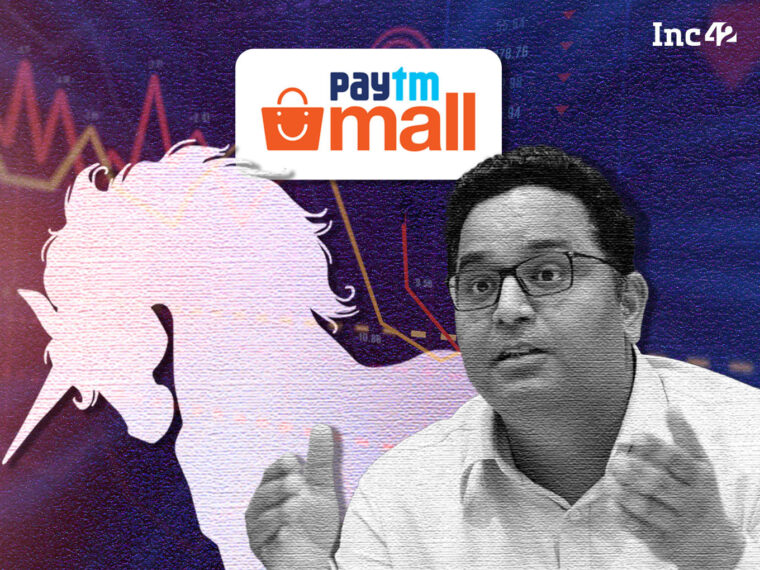 Paytm Mall is buying back 43.2% shares held by Alibaba and Ant Financials for INR 42 Cr

Vijay Shekhar Sharma-led Paytm Mall which was once valued at over $3 Bn as per its last funding round has seen the exit of its early investors Alibaba and Ant Group. The development comes against the backdrop of the startup pivoting to the country’s Open Network for Digital Commerce (ONDC) Network to explore export business opportunities.

According to Mint’s report citing filings of Paytm E-Commerce, the entity which operates Paytm Mall, the marketplace has bought back the entire stakes of Alibaba’s 28.34% and Antfin (Netherlands) Holdings’ (14.98%) for a mere INR 42 Cr.

Paytm Mall, a B2C ecommerce marketplace gained the unicorn status after it raised $445 Mn in a funding round led by SoftBank and Alibaba in 2018. This funding helped the startup’s valuation soar past $1.6 to $2 Bn.

Paytm Mall has said the move to ONDC would help it to create a long-term sustainable business while democratising the purchase and sale of goods in the Indian market. The move by Paytm Mall has come on the heels of around 24 ecommerce and hyperlocal delivery startups selected for ONDC’s pilot phase. Flipkart, Dunzo, and PhonePe among others were selected for ONDC’s pilot project.

Before officially launching the ONDC project, the Indian government said it wants to fortify the process which is likely to take six months.

The initiative is led by Union Minister Piyush Goyal, Department for Promotion of Industry and Internal Trade (DPIIT) and is backed by some major banks such as State Bank of India, Axis Bank, HDFC Bank and Kotak Mahindra.

Earlier this year, SBI bought a 7.84% stake in ONDC for INR 10 Cr. Other banks such as Axis Bank and Kotak Mahindra also hold shares worth INR 10 Cr.

The story has been edited to remove Paytm Mall’s valuation. Post publishing this story, the company reached out to Inc42 and clarified that the actual FMV of each share is different.

Paytm Mall spokesperson said, “We are focused on our transition to build a sustainable business in partnership with ONDC and are excited about the future of e-commerce in India. As part of the shift in the business direction of the company, PEPL also saw the exit of early investors. The exit price of any investor(s) in the company via capital reduction process is not reflective of the valuation of the company and neither does the exit have any link to any FDI laws. One simple metric is to consider that our cash balance itself is significantly higher than the quoted number in media reports, which establishes that the suggested low Fair Market Valuation is completely inaccurate.”