While Paper Boat may be known for its nostalgia, the emotion was not its driving force, claims cofounder Neeraj Kakkar

Speaking at the Inc42’s D2C Summit 2.0, the 46-year-old entrepreneur spilt the beans on how Paper Boat worked on packaged drinking, replacing water and health-focus during its ideation stage

His future endeavours include collaborating with innovative F&B startups who are building for the first 1 Mn consumers, helping them scale to the next 200 Mn consumers 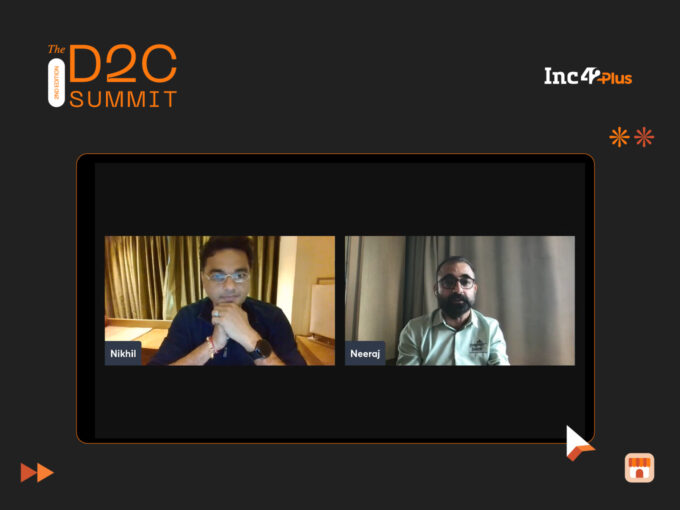 Delhi NCR-based Hector Beverages is quite famous for its nostalgia-inducing beverages labelled under Paper Boat. Yet, it is quite surprising to know that for the INR 600 Cr brand, nostalgia was never at the centre of its marketing plans. So, what was the driving force behind its being?

Speaking at the Inc42’s D2C Summit 2.0, the 46-year-old entrepreneur Neeraj Kakkar, CEO and cofounder of Paper Boat spilt the beans. He spoke to Nikhil Vora, CEO, Sixth Sense Ventures and said, “I was in the US, working with Coke, and wondering why no F&B innovation was happening in India, especially in the health and wellness space. Much of it could be associated with brands stereotyping Indian consumers’ choices being limited to sweet beverages.”

Thus, moving to India was the next obvious option for Kakkar and his team, who went on to build an F&B disruptor; when disruption was not even a term associated with the industry, as Vora put it. Kakkar outlined that Paper Boat was working on three “theses”, in the ideation stage before it was launched in 2010.

Highlighting the trend he had witnessed was not in high-end societies, but right in his mother’s kitchen, was packaged foods replacing traditional ration. Citing an example of Lipton, which disrupted the market with its packaged tea, Kakkar stated that he wanted to build a market for the next generation of consumers. “It was the first thesis in our head — if we could bring hygienic food and beverage production in packaged form.”

The second aspect that Paper Boat wanted to work on, was non-sugar-rich beverages while maintaining the richness of India-centric flavours. The focus was to move beyond bigger FMCG brands’ ideology that the Indian market needed sugar-rich beverages.

“The demand for sugar-less beverages was picking up pace at that time globally. However, we assumed that this consumer trend would be relevant to the Indian market too and hence we wanted to bring something similar. If we see now, Indians are moving towards putting sugar in their negative consumption list. Further, hydration needs are not going away any soon, and all glory to water, but it is boring. So, the market needed something more interesting, which people could consume without any guilt,” he mentioned.

#3 Innocence inside, hope outside

Pointing out that the brand was never aiming nostalgia as a marketing strategy, Kakkar said that the focus was on bringing the innocence of fresh fruits inside of the packaged food, while health-conscious hope at the front. “We wanted to bring products like jal jeera, aam panna, aam ras beverages which were going away because of consumers becoming time-pressed,” he added.

Interestingly, the idea was to blend innocence with hope, which as a part of marketing, took the form of childhood memories. “It wasn’t the core ideology then, and not what we wanted to build Paper Boat on,” he explained.

As the company now grew into an omnichannel brand, through experimentation on various channels including D2C, retail B2C, hyperlocal, GT-MT, Kakkar explained that Paper Boat is now looking to create a house of brands approach. It is eyeing brands innovating in the F&B industry for the first 1 Mn consumers, and scaling it to the next 200 Mn consumers.

He added that there is a massive opportunity in uncharted waters such as gluten-free daily drinks, especially in small towns. “The next 300 Mn consumers are asking for healthy, tasty, value for money products, but no company is making the healthier option for us, or are not reachable. One cannot find gluten-free products in a small town in Muzaffarnagar, so that’s an opportunity for delivering value consciousness.”

Since most innovations by startups will not be value-conscious, Kakkar outlined that the company now looks to build “not a Thrasio-style, but, something on a collaborative approach with brands”, who will be able to leverage Paper Boat’s channels. This will help them create consumer affinity, rather than go through the same mistakes that Paper Boat had to scramble through trial-and-errors.