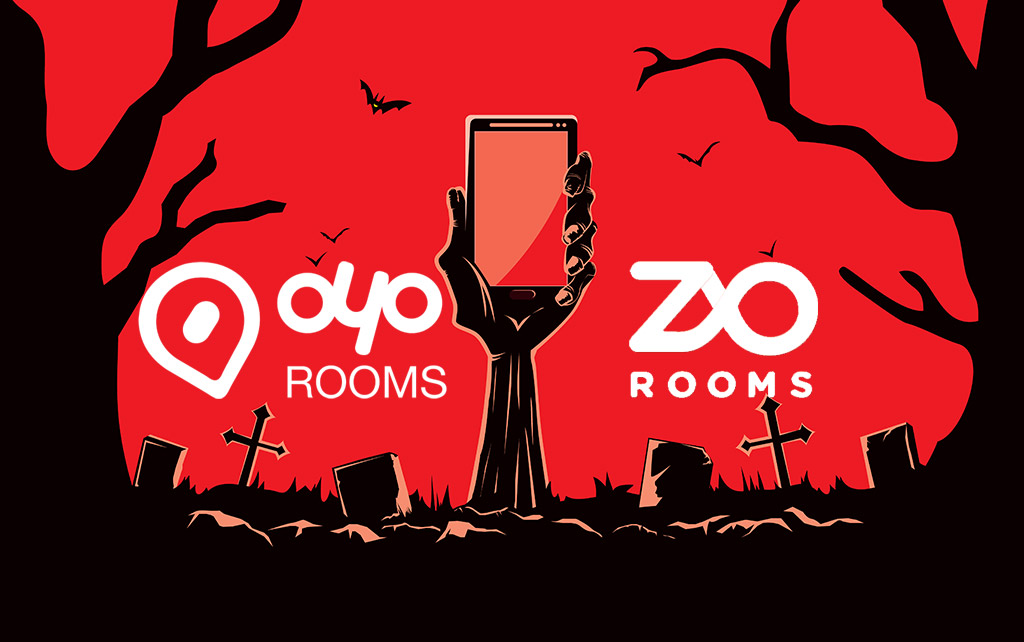 One of the most anticipated deals between the leading budget hotel aggregators – Oyo & Zo Rooms is falling apart. There were a number of rumours over the past few weeks about this possible acquisition as well as a number of media outlets had reported on the deal.

According to a source close to the development, Oyo had reached out to Tiger Global backed Zo Rooms with a buyout offer in a bid to strengthen its share in the budget hotel category. However, it seems that Oyo Rooms may have dropped plans of acquiring its biggest rival, Zo Rooms, which has been struggling to raise fresh funds. Zo’s current monthly expenditure is rumoured to be close to $2.5 Mn.

The deal, an asset sale, has been structured in a way that Zo Rooms’ seven founders and investors including Tiger Global would get a combined 7% stake of Oyo, according to an ET report published yesterday. The report also stated that – Zo’s founding team will exit the company after the transition is complete.

We tried reaching out to early investors of both the companies and are yet to receive their response.

Zostel is a chain of backpacker hostels offering all the necessary services like laundry, access to internet, library, board games and other interactive facilities under INR 500 a night. It currently has hostels in Jaisalmer, Pushkar, Rishikesh, Goa, Dalat and 10 other Indian cities. The company has recently launched its hostel in Vietnam.

In December last year, Zostel entered the budget hotel space with Zo Rooms, a chain of premium budget hotels which has grown to 750+ properties across 51 cities in India within 10 months of its launch. Whereas, Oyo has about 30,000 rooms in over 3,000 properties in 160 locations.

Zo Rooms also has a premium offering in the category of 3 star hotels i.e. Zo Prime which provides customers with all the amenities and luxuries as per 3 star standards. The company also has plans to launch ZO Apartment (service apartments, starting with a price of $23), ZO Homes (‘bed and breakfast’ and ‘homes’ category) and ZO Star (super-premium and ultra-luxurious offering which caters only to 4 star and above hotels across India).

According to the documents available at the Registrar of Companies, Zostel Hospitality Private Limited had posted revenues of INR 2.7 Cr for the year ended March 2015 (It was INR 27.3 Lakh last year). Where as, OYO, reported a turnover of INR 2.4 Cr in FY 2014-15.

In July this year, Zo Rooms had roughly raised $35 Mn from existing investors, Tiger Global Management and Orios Venture Partners. Prior to that, it had raised $1 Mn from Sol Primero.

Zo Rooms was reportedly in talks with a few investors for raising up to $200 Mn in a new round but the deal did not materialise. On the other hand, one of its lead investor, Tiger, which had emerged as one of the top investors in India’s startup scene during the first four months of 2015 with over $269 Mn being committed in 11 deals, has now slowed down its investment pace.

According to a VC who has participated in a few investments along with Tiger, “He (Lee Fixel) has basically told all portfolio companies that if you cannot raise funding externally, then I will not invest.” Thus the firm has decided to go slow on investing in smaller companies in its portfolio. Tiger is also an investor in Freshdesk, Chaayos, Flipkart, Ola, Limeroad, Roposo and Inshorts.

Meanwhile Oyo had raised $100 Mn from Softbank and existing investors Lightspeed Venture Partners, Sequoia Capital India and Greenoaks Capital. It is now in the process of raising a fresh $400 Mn round at a $1.2 to $1.3 Bn valuation.

OTAs In The Game

As the new budget hotel players ate into the hotel booking market share, the leading travel companies, Goibibo, Yatra and MakeMyTrip, also ventured into the budget accommodation space to cash upon the opportunity. Goibibo launched GoStays; Yatra launched its TG Rooms and TG Stays in over 60 cities to cater to budget travellers providing hotel & guesthouse options. In August this year, Yatra launched Homestay to enhance its accommodation marketplace. Very recently, MakeMyTrip too had launched Value+, claiming it will not eclipse the hotel’s brand under its banner. It has 1000+ partner hotels across 35+ cities across the country and expects to double the number of partner hotels by December end.

To top this, MakeMyTrip, GoIbibo and Yatra have jointly blocked budget hotel aggregators such as OYO Rooms, ZO Rooms and other budget hotel aggregators from listing and marketing hotel properties on their websites after feeling the heat. They unanimously state the reason that OTA sector in India has become the highest margin category, and they don’t want to help their rival companies while taking a hit on their own business. ZoRooms’ 10% of the business was contributed by the OTAs and for Oyo, it use to get 10-15% of its customers via OTAs.

The entry of OTAs has taken the competition in this space to a new level altogether. It is to be noted that operating in this space requires heavy capital – buying inventory, the cost of training the staff and standardising amenities at partner properties – has to be bared by the startups. Adding on, the launch of numerous players in the segment forces startups to spend big bucks on advertising and promotions to acquire customers. This sector will definitely see a good amount consolidation and shutdowns in the coming years as the funding being pumped in dries up.