OYO Claims To Have a Current GBV Rate Of About $400 Mn And To Book Over 15 Mn Room Nights, Annually 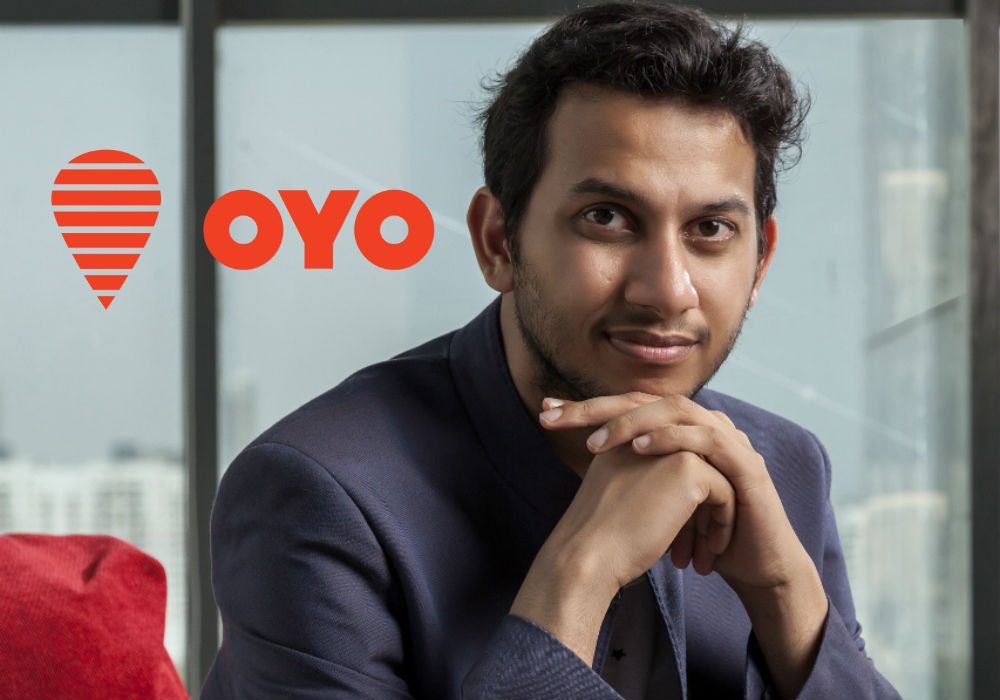 Budget hotel booking marketplace OYO has shared its financial results for the years 2015-2017. In a blogpost, the company claims that its current GBV run rate has touched the $400 Mn mark.

Apart from this, in the quarter ending June 2017, the company claims to have witnessed the highest grossing months. The total booking value for this period was a little less than $100 Mn.

The blog also mentions that the net of cancellations and average daily realised rooms nights have grown 30% QoQ and 1.7X YoY. The company has also claimed to have touched the 15 Mn mark for room night bookings, annually. The Gurugram-based budget hotel booking platform claims to have grown only organically to reach these numbers.

OYO says that its NPS score has grown 2X in the past one year. NPS at a network level is 42% and for its new offering OYO TOWNHOUSE, it is 80%. The Net Promoter Score (NPS) is an index ranging from -100 to 100 that measures the willingness of customers to recommend a company’s products or services to others.

The blog further goes on to add, that the Net Take Rate for the company is about 15%. The Net Take Rate is the money that OYO makes from the booking revenue after paying its hotel partners. The company claims that it turned Net Take Rate positive in March 2016 and this number has been consistently trending upwards ever since. 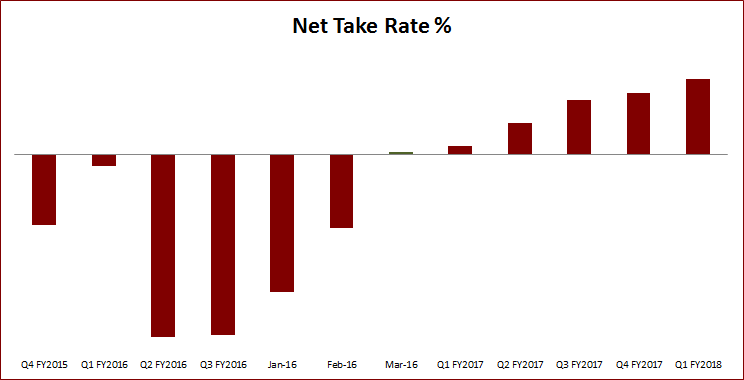 Commenting on the same, Abhishek Gupta, CFO, OYO added, “In fact last month, for over 33% of our booking value, we made a net take rate of more than 20% though, we intentionally keep this at a reasonable level to ensure that our partners make enough money at the end of the day.”

He further added that around 30,000 rooms are under full inventory control. These are called “2.0 properties,” running at 80% occupancy in key business cities.

The Gurugram-based company was founded by Ritesh Agarwal in 2013. It currently operates over 70,000 rooms in 200 cities in India, Malaysia, and Nepal. The company has raised close to $288 Mn funding till date.

In September 2016, the company opened a new training campus in Gurugram, Haryana. It plans to train about 1 Lakh people in order to create a pipeline of a skilled workforce for the hospitality industry. The company has an in-house staff training capability with live on-the-job training. The company claims to witness over 45% repeat customers.

These numbers come just a few months after foodtech startup Zomato also revealed its numbers. Even in a social media post, Ritesh Agarwal thanked Zomato CEO Deepinder for “inspiring” to write and share the numbers publically.

Abhishek Gupta further added, “Until now, we have been very private about our financial and operating metrics. But, we have realised that this creates a perception that the company is not being forthcoming so, as CFO of the organisation, I am sharing a brief business update with our guests, partners, team members, and other enthusiasts.”