OYO, Its Subsidiaries And Promoters Are Involved In 65 Litigations Amounting To INR 347.5 Cr

OYO, Its Subsidiaries And Promoters Are Involved In 65 Litigations Amounting To INR 347.5 Cr

These include 15 litigations involving the company, 16 against directors and 34 involving subsidiaries

As on the date of the filing of the DRHP, there is no criminal proceeding against the tech-backed hospitality startup

The DRHP said that litigation or pre-litigation claims, whether or not meritorious, are time-consuming, requires substantial expense and result in the diversion of significant operational resources 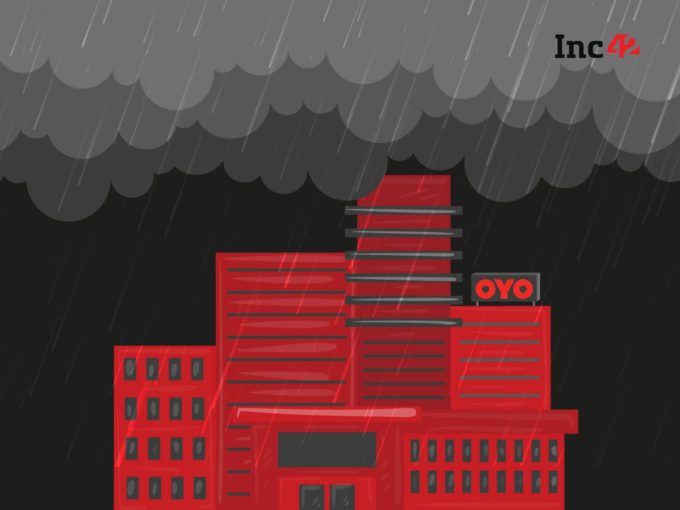 Although OYO described the amount involved in the several cases as “not quantifiable”, the amounts mentioned in the draft prospectus involved in the undergoing cases add up to INR 347.52 Cr. These include 15 litigations involving the company, 16 against directors and 34 involving subsidiaries.

As on the date of the filing of the DRHP, there is no criminal proceeding against the tech-backed hospitality startup.

On the other hand, the single ongoing criminal complaint filed by Oravel Stays pertains to a case filed before the Additional Chief Judicial Magistrate, Gurgaon against Assured BPO Services OPC Private Limited, its directors and employees, and a former employee of its Company alleging that the accused had colluded to induce Oravel to enter into an agreement with Assured BPO by presenting false information about its business affairs, financials and date of incorporation.

Further, 16 litigations are underway against the directors of the SoftBank-backed startup, wherein the filing said that amount involved is “unquantifiable”, which largely involve cases against the Founder and CEO Ritesh Agarwal.

A total of 34 cases involve subsidiaries of Oravel.

Although the filing said that any adverse decision in ongoing litigation proceedings may render the hospitality player liable to liabilities or penalties and may adversely affect its business, cash flows and reputation, it added, “our group companies are not party to any pending legal proceedings which could have a material impact on our company”.

It said that the number and significance of claims, disputes, and proceedings against OYO have increased as the startup has grown larger, the number of bookings on our platform has increased, our brand awareness has increased and the scope and complexity of our business have expanded.

The prospectus further said that OYO expects that the number and significance of such claims, disputes and proceedings will continue to increase.

On the ongoing litigation with Zostel, it said: “Any adverse outcome in legal proceedings involving Zostel may materially and adversely affect our business, reputation, prospects, results of operation and financial condition.”

The three-year-old long-standing dispute between OYO and Zostel (ZO Rooms) had taken a fresh turn on September 29 after Zo Rooms approached the Delhi High Court with a fresh appeal that sought to restrain OYO from modifying its shareholding structure for its upcoming IPO.

Responding to Zostel’s move to the court, OYO said in a statement that Zostel was trying to misrepresent facts and was trying to distract OYO from pursuing its business goals.

During the hearing in Delhi HC on Wednesday, Amit Sibal, the counsel for Zo Rooms requested the court to reserve its 7% disputed stake in OYO in escrow since OYO is expected to file its draft red herring prospectus next week.

Zo Rooms’ counsel Sibal said that his client wouldn’t be able to redeem its disputed holding in OYO if in case the budget hospitality unicorn turns into a public company.

The High Court, however, adjourned the hearing to October 7th, and hence a final judgement is yet to be pronounced.

The DRHP submitted with the Securities and Exchange Board of India (SEBI) added that litigation or pre-litigation claims, whether or not meritorious, are time-consuming, require substantial expense and result in the diversion of significant operational resources.