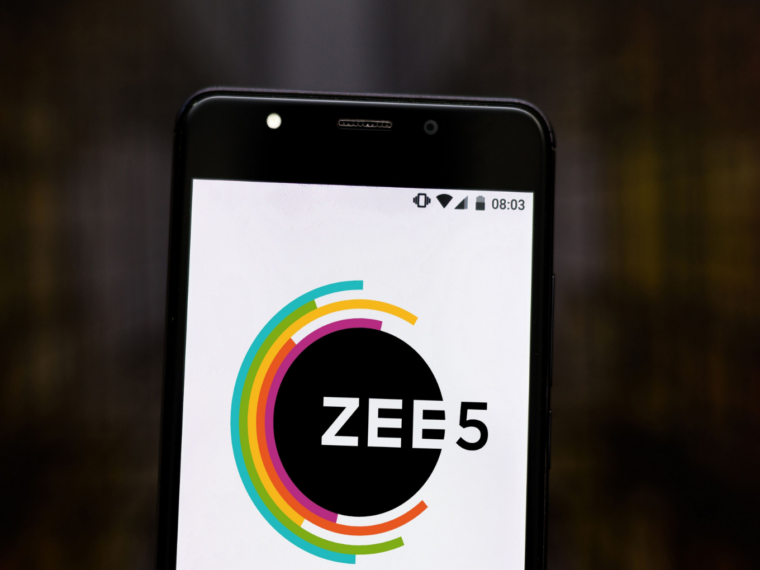 The global monthly active users (MAUs) increased by 32.2 Mn annually to 104.8 Mn in the March quarter

However, the OTT platform’s EBITDA loss widened to INR 195.2 Cr in the last quarter of FY22 from INR 162.5 Cr in the year-ago quarter.

While the platform released 64 shows and movies during the March quarter, it also witnessed an improvement in engagement. Average watchtime for a ZEE5 user per month went up to 214 minutes in March quarter from 201 minutes in the preceding December quarter and 156 minutes in the same quarter last year. 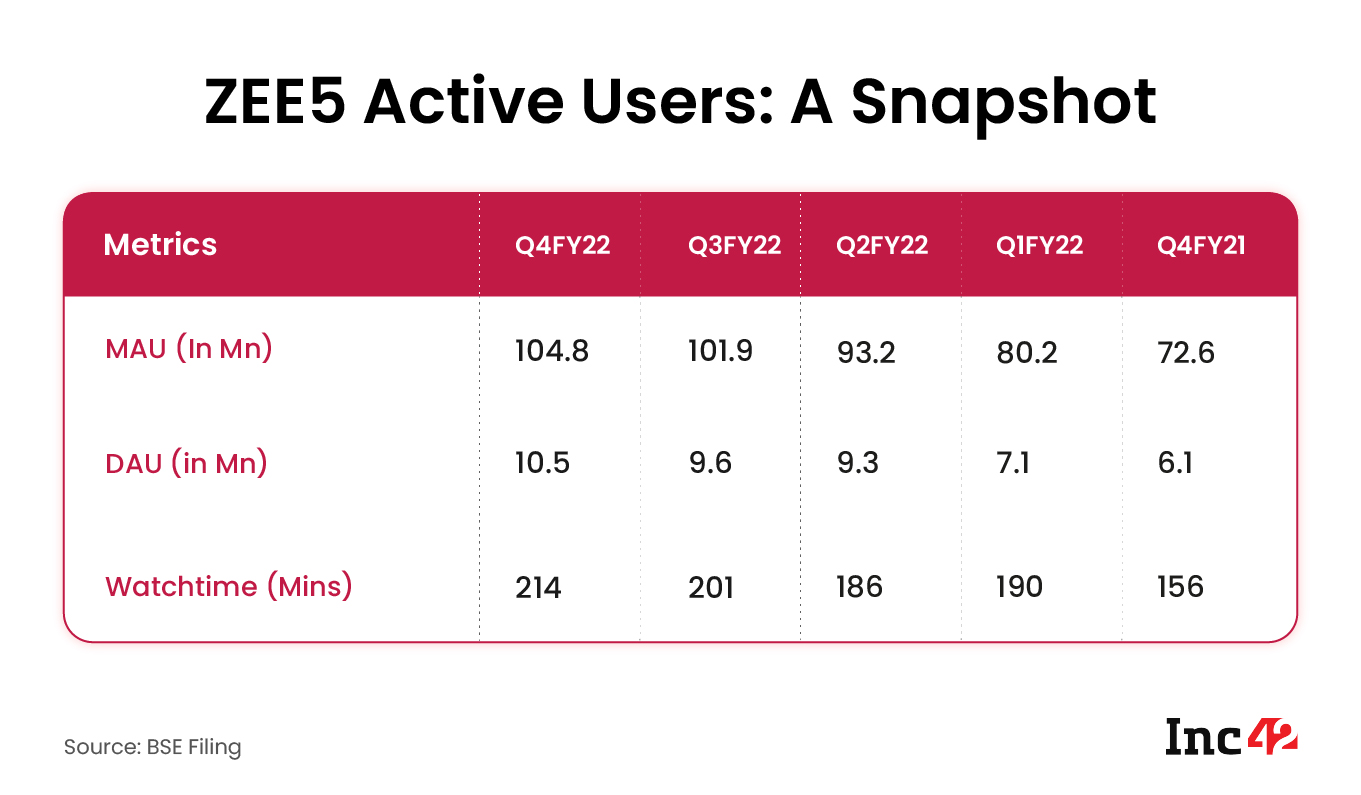 At a moment when there are possibilities that the OTT viewership growth can plateau over the next few quarters as the impact of the pandemic recedes and people get back to normal life, ZEE5’s parent company has bagged global media rights for UAE’s T20 League. As ZEE5 will also air the league, it could help it in maintaining engagement on the platform.

Zee Entertainment is reportedly also planning to bid for the upcoming Indian Premier League (IPL) rights. The broadcaster has purchased the bid-related documents from the Board of Control for Cricket in India (BCCI). 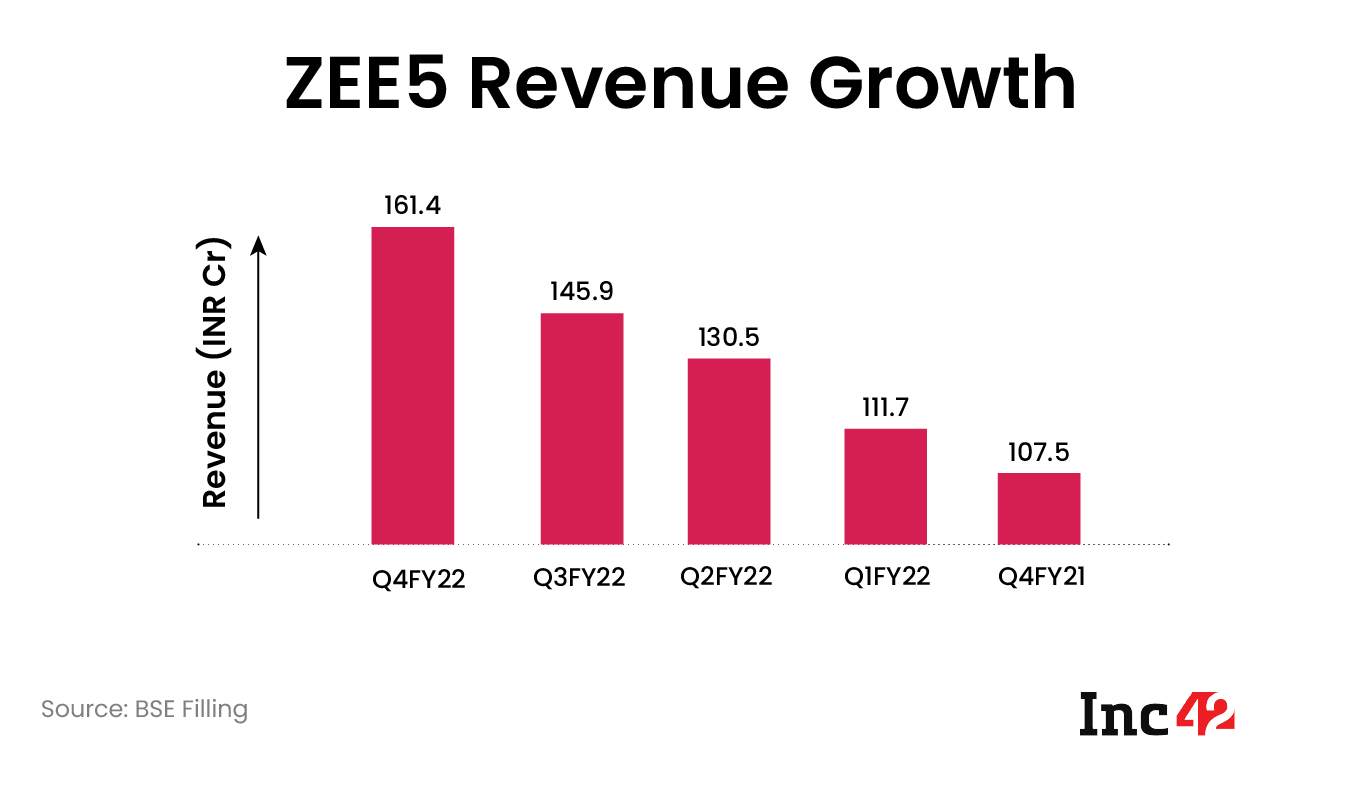 It must be noted that Zee Entertainment, the parent company of ZEE5, is in a merger process with Sony Pictures Networks India. The two broadcasters signed a definitive agreement in December 2021 for the deal. There are speculations that SonyLIV and ZEE5 will be merged to form one streaming entity.

According to a Deloitte report, India’s OTT video streaming market is expected to touch $13 Bn–$15 Bn over the next decade, with a compounded annual growth rate (CAGR) of over 20%. The report also added that paid OTT subscribers are estimated to increase at a CAGR of 17% to reach 224 Mn by 2026 from the current 102 Mn.