The war of the taxi aggregators – Ola & Uber, in India, is in high gear; every move one makes is met with an even bigger move by the other. The battles continue on various fronts as they both try to win the final war. Who is winning? That is the million dollar question which is reverberating in the ecosystem. 7Park Data – a mobile app intelligence company has come up with some interesting data on the same. It has released a chart that compares the weekly active users (WAU) of Ola Cabs and Uber, as a percentage of mobile device users in India (panel) during 2014-2015. According to the chart, Ola is winning.

Some Interesting Findings From The Chart: 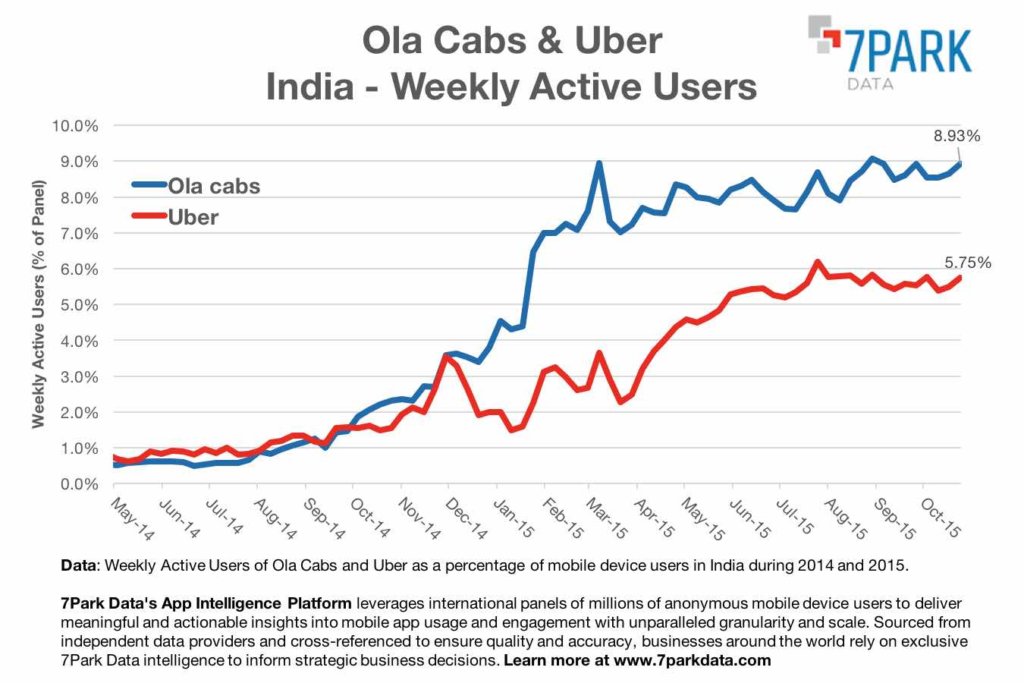 Earlier this week, Ola raised $500 Mn in its Series F round. Baillie Gifford, Falcon Edge Capital, Tiger Global, SoftBank Group, DST Global and Didi Kuaidi participated in this round of funding. According to Softbank’s (Ola’s investor) quarterly earning announcement, Ola possesses 80% market share. Earlier in July, Uber had announced that it will invest around $1 Bn in India in a few months. In August, it raised $1 Bn in a new funding round from Microsoft and Indian media conglomerate Bennett Coleman & Co.