We Want To Become A House Of Brands Rather Than Just A Multi-Brand Retailer: Nykaa’s Falguni Nayar

We Want To Become A House Of Brands Rather Than Just A Multi-Brand Retailer: Nykaa’s Falguni Nayar

Right ahead of receiving SEBI’s approval for its IPO, Nykaa had raised its fresh issue size to INR 630 Cr

The decision was taken on the back of strong financial performance; the fashion and beauty unicorn recorded a net profit of INR 3.52 Cr 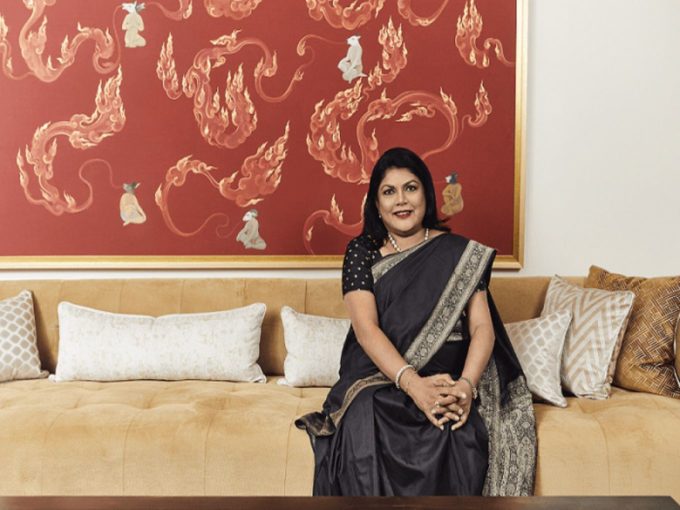 As the lifestyle unicorn Nykaa is set to go public in the next few days, the company plans to spread its footprint in the lifestyle and beauty segment and transform into a ‘house of brands’ from its current form of a multi-brand retailer.

At a pre-IPO virtual media interaction on Friday, Falguni Nayar, the CEO of FSN E-Commerce, which operates Nykaa, outlined plans of the company to build a number of lifestyle categories and turn the company into an umbrella brand for lifestyle products.

Speaking on Nykaa’s plans, she said that the fashion and beauty unicorn plans to enter the Middle-East market initially and is also looking at the UK, which may lead its way into other countries in Europe.

Nayar added that the company plans to transform from a multi-brand retailer into a ‘house of brands’ going ahead.

“We want to build a bunch of lifestyle categories and become a house of brands rather than just a multi-brand retailer,” she said.

She added that Nykaa will enhance its operations for ESG (Environmental, Social and Governance) efforts, sustainable beauty and lifestyle and wellness.

The statement comes three days before the company’s IPO is scheduled to open aimed to raise over INR 5,000 Cr.

Replying to why the company decided to go public, Falguni Nayar highlighted that a public listing would allow shareholders to enter and exit stocks as and when they want to.

“Listing gives independence to the company and the shareholders to enter and exit their shares,” she said.

The initial fresh issue size of the Nykaa mentioned in its draft red herring prospectus (DRHP) was INR 525 Cr.

The decision was taken on the back of a strong financial performance during the April-June quarter of FY22 and the recovery from the second wave of the pandemic said Nykaa’s CFO Arvind Agarwal.

“We have increased the primary side by 20%. It reflects our business performance in Q1,” Agarwal said, adding that the increase would also lead to higher allocation for the proposed objectives of the offer.

How Nykaa Plans To Use The IPO Proceeds

Noting that the amount earmarked for utilisation in marketing and branding has been increased. Agarwal said, “this is a refresh of our plans.”

As per the RHP:

Under the OFS, Sanjay Nayar Family Trust, the company’s promoter, is offering up to 4.8 Mn shares. Nykaa’s investors — TPG Growth IV SF Pte Ltd and Lighthouse India Fund III would sell up to 5.421,510, and 4,844,620 shares, respectively.

Falguni Nayar, the founder of the ecommerce unicorn, along with her husband Sanjay Nayar, their children Anchit Nayar and Adwaita Nayar hold 53.5% share in the company.