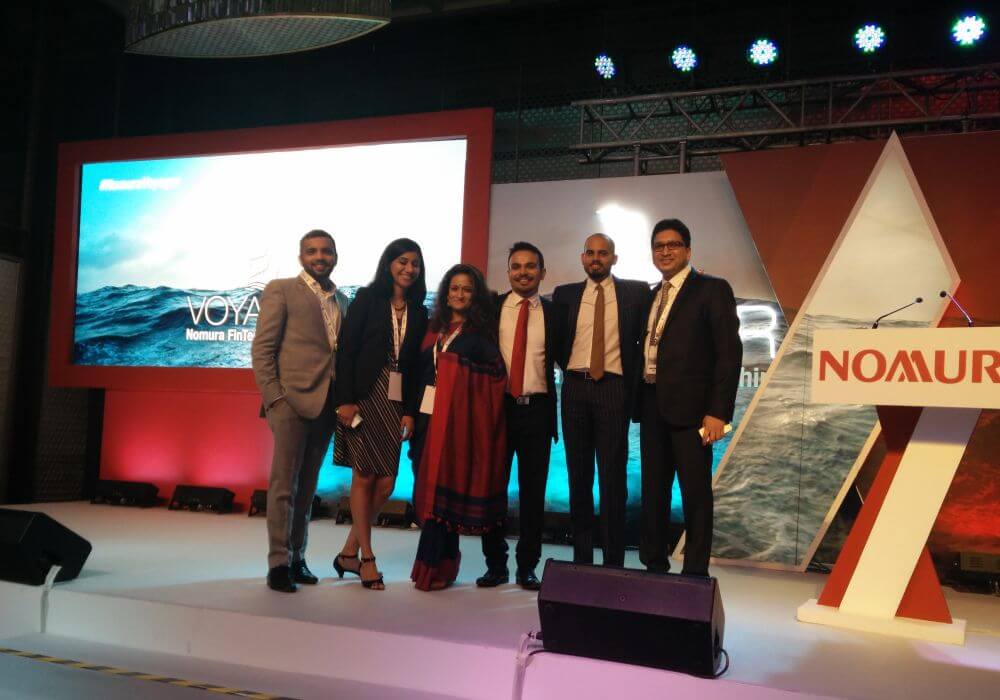 Global investment bank, Nomura, has announced the Voyager-Nomura FinTech Partnership in India. The program is aimed at harnessing the technologies and products of mid- and high-growth stage fintech global startups to better engage Nomura’s businesses and services.

The two verticals that the investment firm is looking to exploit are capital markets and investment banking, with a special focus on front-end and back-end solutions specific to India that could be scaled to the 30 markets the company operates in.

To facilitate this programme, a Nomura Innovation Centre (NICe) has been set up in the company premises in Powai, Mumbai. The space will provide a base to the startups selected for the Voyager programme.

Commenting at the event, Nikhil Mehta, Fintech Lead and Executive Director, Nomura Services India said, “It is all about the spirit of collaboration. Helping startups gain access to Nomura’s domain expertise as well as the fintech ecosystem we have built for them. The main draw of Voyager would be the possibility of gaining Nomura as a potential client if the service or technology fits into the criteria of use cases we are looking at.” 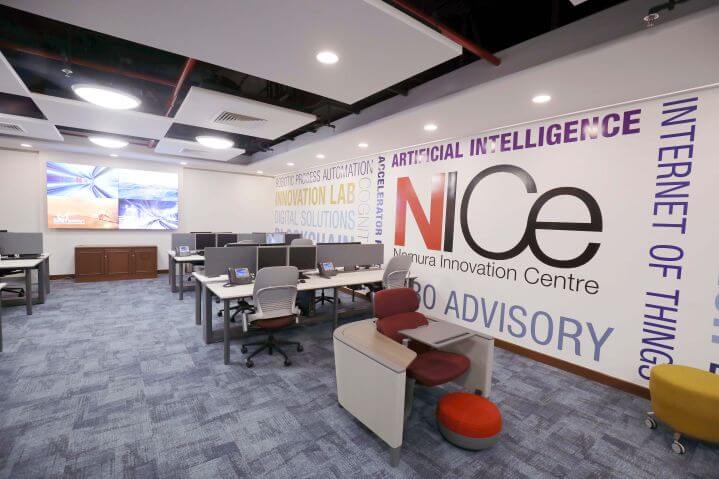 As per an official statement, the fintech ecosystem created by Nomura includes a knowledge partnership with auditing firm Price Waterhouse Cooper as well as tech support and cloud credits from IBM, Amazon, and Google. Selected startups will be able to leverage Nomura and PWC’s extensive knowledge base and use the other partners’ support in order to achieve enterprise-level scaling.

Startups who have shown traction, have MVP, and received seed-stage funding are eligible to apply. They should also have solutions/products in anomaly detection, pattern recognition, financial search engines, advanced data visualisation, AI and ML in order to qualify for the programme. Mehta said, “The payments space has been saturated with disruptors in the last few years but CM/IB is still ripe for innovation – especially in India where issues such as better and faster KYC, risk management, sales training intelligence, monitoring and surveillance still prevail in the sector.”

The selection process for startup applications has commenced today and will end on May 19, 2017. Shortlisted startups will then undergo a vetting process and will share a Proof of Concept pitch for validation by late August 2017, as per the statement. The finalised startups will then become part of Voyager’s debut fintech partnership programme and leverage the resources provided by the global financial firm.

In addition, a bank of 11 advisors will also be part of the program to facilitate the various problems faced by startups – in terms of scaling, product testing, marketing etc. There are also plans to organise industry-takeaway sessions with experts for further guidance and mentoring for the startups.

Putting Their Money Where Their Mouth Is

In keeping with the rising trend of corporates accepting and leveraging ‘startup power’ Nomura has also launched an N-Village, a wholly-owned subsidiary of Nomura’s Financial Innovation Office in Japan. The N-Village’s primary objectives include the promotion of new business development and open innovation – through R&D, collaboration with startups and more.

To this end, a $100 Mn (10 Bn yen) fund has also been announced by the company. “This is a global fund focussed on startups across India and the other markets we operate in and is more of a strategic decision than a PE/VC fund. The funds will be deployed for startups in the Voyager programme as well as others on a case-by-case basis. There is no exit strategy here – just to encourage and engage with growing businesses in the areas that we have domain expertise in,” Mehta added.

Recently, another Japan-based investment firm, SoftBank, which is already a major player in the global startup ecosystem, had announced a $100 Bn tech-focussed fund in January 2017. As per an official statement, the Vision Fund will focus primarily on “technologies of the future” such as the Internet of Things, artificial intelligence, machine learning, robotics, and satellites.

Apple, Qualcomm, Foxconn and the family office of Oracle founder Larry Ellison have joined the fund as limited partners. The fund is also backed by Saudi Arabia’s sovereign fund, Public Investment Fund, as an anchor investor that’s committed about $45 Bn.