WhatsApp will be providing support amounting to $100K to the winners

NITI Aayog’s Amitabh Kant said that when given the chance, women have performed better than men 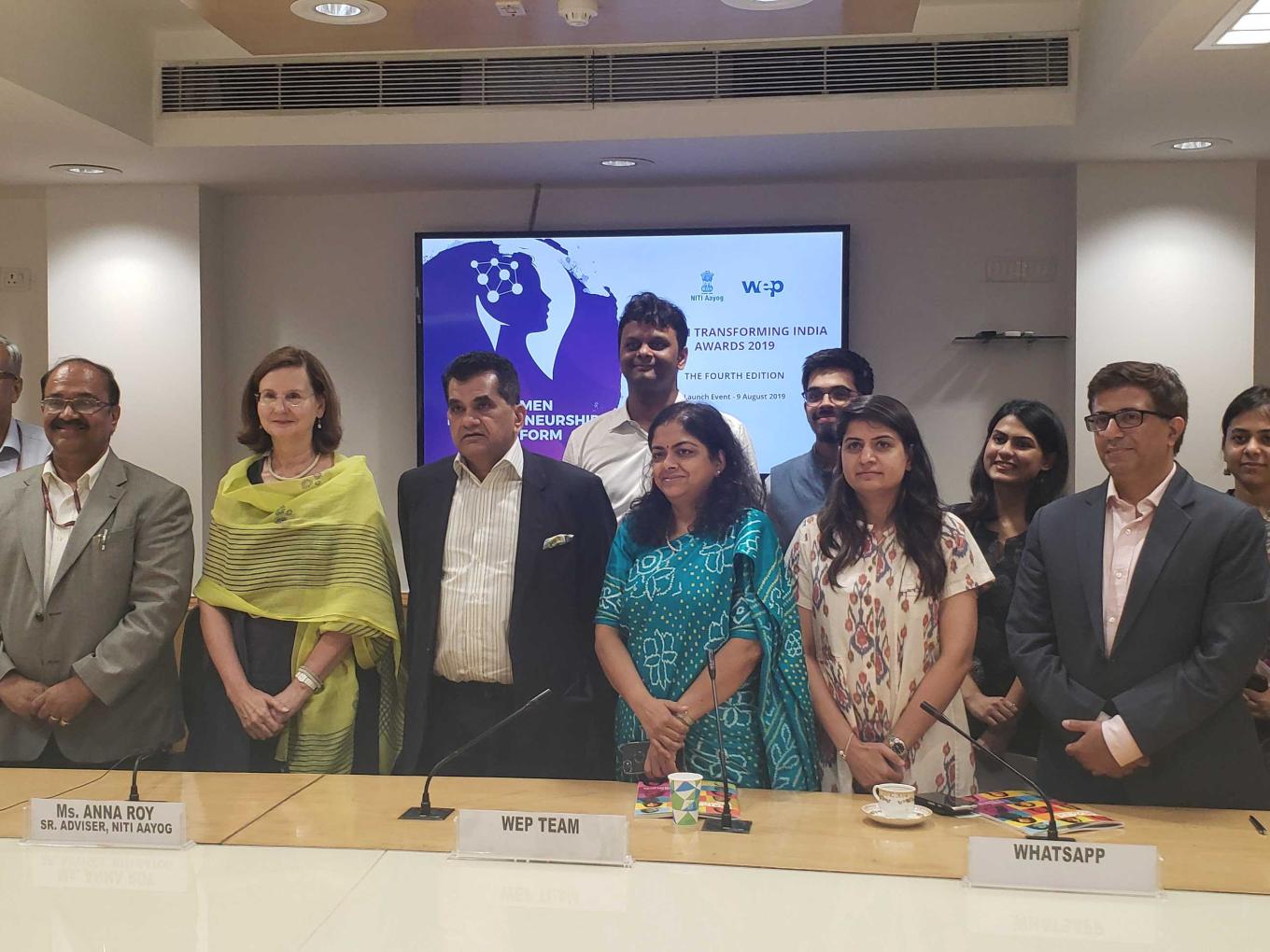 The central government think tank NITI Aayog under its Women Entrepreneurship Platform, along with the United Nations, has launched the fourth edition of Women Transforming India (WTI) Awards 2019.

Women Transforming India (WTI) Awards is being organised in collaboration with the United Nations to recognise women entrepreneurs from across India. This year’s theme is Women and Entrepreneurship.

Amitabh Kant, CEO NITI Aayog, Renata Lok-Dessallien, UN Coordinator in India and partners of Women Entrepreneurship Platform (WEP) including WhatsApp and Atal Innovation Mission were present during the launch. It will recognise women who are trailblazers in innovation and are breaking the glass ceiling to create change and transform India.

Renata Lok-Sessallien addressed the gathering and said that WIT Awards are a movement for transforming India. She said that the initiative has brought 6K stories together.

Facebook-owned chat messaging company WhatsApp has collaborated with NITI Aayog for WTI Awards 2019 and will be providing support amounting to $100K to the winners.

Amitabh Kant, CEO, NITI Aayog said that his belief is that the country can’t grow at 9-10% if half of the population is not in the workforce. He emphasised that wherever NITI Aayog has given chance to women, they have performed better than men.

Women Entrepreneurship Platform aims to promote and support aspiring as well as established women entrepreneurs in India, assist and handhold them in their journey from starting to scaling up and expanding their ventures.

The platform currently has more than 5K women entrepreneurs registered on the platform, more than 30 partners and has committed funding of more than $10 Mn for these startups.

R Ramanan, mission director, AIM said that there are 108 women led startups in the ecosystem and will launch a specific women focused accelerator.

The initiative comes on the heels of the government’s continued effort to support women entrepreneurship and provide better opportunities for them to grow their business with access to infrastructure, capital as well as mentorship.

In the Global Women Entrepreneurs Leader Report, India is ranked 29 out of 31 countries surveyed on ease of doing business for women.

In May, DPIIT with Startup India announced initiatives such as:

Understanding the crucial role for women, the steps support the next-generation of innovators and entrepreneurs. According to a global research study on entrepreneurial dynamics by Global Entrepreneurship Monitor (GEM), the number of women entrepreneurs in the world has increased by 10%, since 2014.

As India continues to aim to grow the startup ecosystem, promotion of women entrepreneurs continues to be an important pillar for the future.